Hands and Hearts: The Surprise of the Gospel in “Moby Dick”

We as Americans need to see the Gospel as presented in Melville's masterpiece. 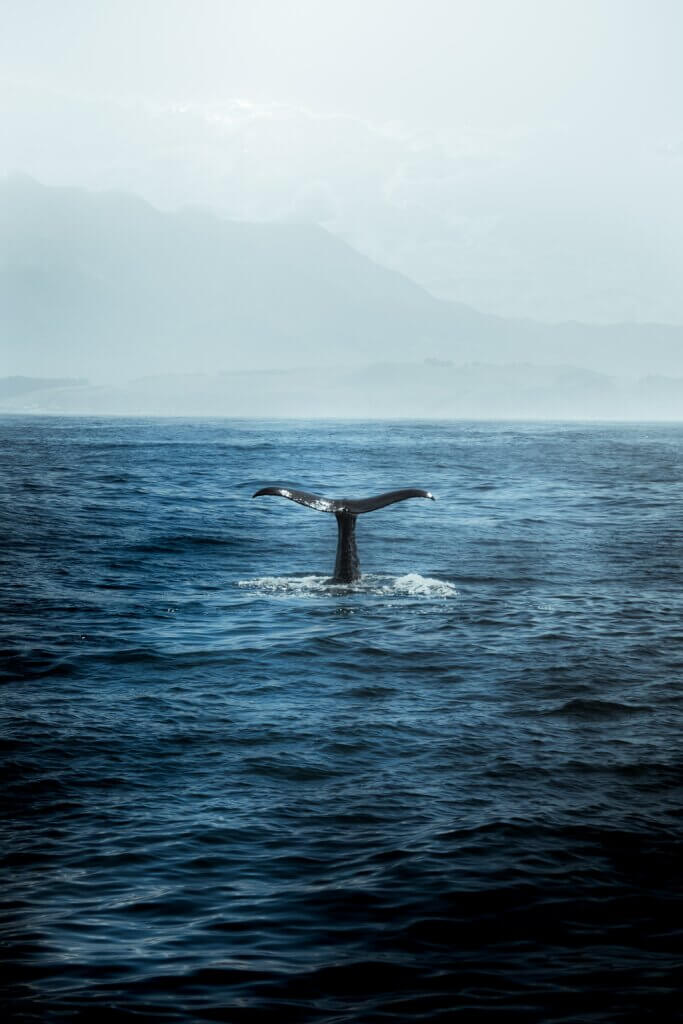 Herman Melville’s Moby Dick is the only book in which the author writes what cannot be written. The book is highly experiential, arguably to the point of superfluity. Among my students, the whaling chapters are those which push them to give up the fight. For myself, my first copy of Moby Dick was burnt upon Ishmael’s description of the Italian paintings of Christ wherein the narrator claims that they are most accurate because they capture the “hermaphroditical” character of the Son. Melville even went so far as to write to Nathaniel Hawthorne that he had composed “a wicked book and (felt) spotless as a lamb” having written it.

But Melville writes in such a way in order to accomplish what no author had yet, or has since, been able to accomplish: He not only makes his reader think about God, but he affords his reader the opportunity to experience God. Thereby, Melville is able to moderate the American soul in hopes that it may make use of the vast freedom that so quickly can dissolve into wayward discontent. His book becomes a symphonic experience through which you, reader, like Ishmael are plunged into the deep waters of baptism and forced to fight your way back to faith, experiencing a metaphorical resurrection. As we read the American epic we find that we are all Ishmaels searching to find something, all the while knowing not what.

Everyone is familiar with the false opening lines “Call me Ishmael” (I say false because there are two important “chapters” preceding the “Loomings” chapter). However, few understand the significance of “Call me Ishmael” just as they do not attempt to make sense of the title “Loomings” which is of layered importance. The Biblical Ishmael is said to be a man “with his hand against all men.” How American is he? I see in him every political campaign to which I’ve ever contributed, and I see in him the faces of all of the students I’ve ever taught. As Americans our independent and enterprising natures are manifested in this fellow who will befriend us along this journey. He is an orphan and a wanderer, a son begat with no true mother, and one searching for some ounce of feeling, all the while wandering off the path that he most needs to tread. Tocqueville describes Americans as full of restlessness and characterized by individualism; Melville creates an American working through his restlessness and grappling with his individualism.

The title “Loomings” is doubly important: First, it recalls the feeling that “looms” over Ishmael, and second it refers to the first step in the process of God’s weaving of Ishmael’s fate upon his loom. The feeling of having his hand against all other men makes Ishmael feel as if he must either walk into the street and “deliberately knock their hats off,” or commit suicide. Luckily for us, he chooses water as his “substitute for pistol and ball.” What we will learn alongside him throughout this journey is that love of his fellow men must displace this looming feeling of grief and loneliness. Only through knowing and appreciating others will Ishmael come to a feeling of self-love and appreciation.

This communion with his fellow men will be a thread in the tapestry woven upon God’s loom throughout the tortured journey of the Pequod. Ishmael will find later that God is that weaver who “weaves and is deafened by his weaving.” Initially angered with God for his deafness, Ishmael reasons toward that thought which Ahab never does: Perhaps the reason that man can’t hear God isn’t because God is not speaking, but rather that the word of God is drowned out as we place our word at the center of the universe, contemptuously displacing His plans for us with our own wandering desires.

Surprisingly early in the novel, Captain Ahab symbolically nails his doubloon to the mainmast of the ship as a bribe for his crew to follow Moby Dick. Ahab proceeds to explain that his path is “laid upon iron rails” as he rhetorically overpowers Starbuck in front of the crew. Ishmael remarks “my shouts went up with theirs because of the dread in my soul.” How often are we all damned to chasing cursed Job’s whale to the ends of the earth for no reason but our own looming loneliness? Melville really calls into question, in this instance, the extent to which man really desires to exercise rational judgment. At least for Ishmael, the easiest way out of loneliness is succumbing to peer pressure; nevertheless, his coping mechanism proves a hollow one. It is not until about two hundred pages later, when we have almost forgotten about the soft despotism that plagues the crew, that the spell over Ishmael is broken and his loneliness truly subsides.

Only in the “Squeeze of the Hand” chapter when Ishmael is kneading spermaceti with his fellow voyagers can he remark, “I forgot all about our horrible oath; in that inexpressible sperm, I washed my hands and my heart of it. . . . While bathing in that bath, I felt divinely free from all ill-will, or petulance, or malice, of any sort whatsoever.” The result: Ishmael “lowers, nay shifts, all expectations of attainable felicity” from philosophy to the home, the bed, the wife, and the hearth. He even remarks that on that day he saw “angels all with their hands in a jar of spermaceti.” Rather than trying to focus on his tortured fate and all that lacks sense, Ishmael begins to find pleasure in those small graces that we so often overlook.

Only through this lens can Ishmael finally begin to make sense of his relationship with God. He must first see light in order to see darkness. For Ishmael, friendship makes good all the vices of his fellow men and cloaks all of the darkness of the world: It is akin to the forgiveness that God has given man when he sends his son to die on the cross, rendering our sins moot in respect to salvation. All that is necessary to gain this blessing is for Ishmael to turn his hands away from his fellow men, and use those hands to work with his fellow men instead of against them.

Nevertheless, by the end of the book Ishmael is no longer Ishmael: He is no longer the biblical orphan with his hand against all other men, but rather he is claimed by the wayward ship Rachel who weeps for her lost children. Yet, he cannot be claimed by the Rachel until he has been plunged into the deep in pursuit of Moby Dick, lost all of his comrades, and survived by attaching himself to Queequeg’s coffin. He thereby becomes a “loose-fish” and suffers the same fate as Ahab.

However, Ishmael turns the fate of Ahab inside out: Where Ahab was claimed by the darkness as he was loosened, Ishmael is claimed by God.

The epilogue begins with the first instance in which Ishmael accurately quotes the bible: “And I alone am escaped to tell thee.” Melville thereby draws a parallel between the old, wayward Ishmael, and the new Ishmael. He thus renders his great novel digestible from another perspective upon a second read: that of Job. In short, through realizing who Ishmael is by the end of the novel, we are able to better understand his perspective throughout the journey and place it in view of all of his suffering.

America, and especially American youth, is experiencing an identity crisis. Moby Dick may be the book that my students most hate, but it is the book they most need. Today we are too quick to teach our children to be “nice,” but we do so at the expense of affording our kids the opportunity to explore the complexities of their souls. The way in which I gauge my success or failure while teaching Moby Dick is to evaluate how my students are working through their hate: whether or not they are taking it seriously. Soon they will no longer be children, and soon they will have to grapple with their souls as they roam free. The better part of “being nice” is not a continuous set of accommodating gestures, but rather it is the ability to rule both the hatred in Ahab’s soul combined with the Ishmael’s longing to contemplate the blackness in the world which seems to overcome all light.