The Genius and Joy of PG Wodehouse 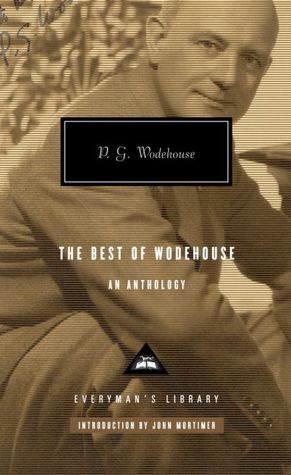 I have decided something this summer.

Well, actually, I have come to an opinion: no author is more suited to joyful summer reading than P.G. Wodehouse. His use of language is so uncommonly playful, his characters so incomparably ridiculous, and his wisdom so comically meaningful that his work transcends the traditional mores of decades separated not just by time, but also by the effects of war, depression, rock ‘n roll, and the literary effects of David Foster Wallace and Cormac McCarthy.

Comedy is hard to do and it’s hardest to write which is probably why our most popular comic voices are stand-ups and TV stars and impersonators, folks who use their faces and physicality to express a comic sentiment. Even a leading voice like Tina Fey failed to truly gain traction in mainstream pop culture until she became the star of 30 Rock, a show built (literally) upon the bedrock of good comedy writing but that succeeds (from a numbers perspective) primarily because of it’s impeccable use of physical comedy. From Tina Fey’s adorable, quirky faces to Alec Baldwin’s patronizing stares, and from Tracy Morgan’s fat suit (wait, that’s not a fat suit?) to Jack McBrayer’s giddy clapping, 30 Rock is an example of the physical comedy that usually occurs when crazy people share a space. And what do you think of when you think of the 3 Stooges? Most people tend to think of Moe slapping Curly and Larry who then slap each other in what ultimately ends in one big slap fest of hilarity. The Stooges work because they mastered the nuances – even if they don’t seem very nuanced – of physical comedy. It’s what’s made Jim Carrey a millionaire and Steve Carell the face of one of the great TV comedies of our generation and Will Farrell the voice of people who want to run down main street naked.

Good comedy is founded upon the comic implications of the physical world, often through irony and usually through pain. P.G. Wodehouse knew this.

But unlike our most popular modern comedy writers, he didn’t have the benefit of the screen or the stage. So he became a master at describing the physical world, and at describing the characters interactions with, and within, that world. It’s not just that he knew how to create comic situations, which he did. It’s more than that; simpler, actually, than that, and it’s what sets him apart. Lots of comedy writers can create comic situations: awkward, ironic, sarcastic, situations. There’s a difference, however, between a funny situation and a truly comic story.

For a story to be truly comic the environment itself should be comic in such a way that creates, to appropriate a term from Eliot, an objective correlative for the situation. If the setting, if the world in which the scenario takes place isn’t inherently comic (which doesn’t necessarily mean “funny” as we commonly think of it) than the situation will be neither funny nor meaningful in any real way.

So next time you read a Wodehouse story or novel (I’m currently reading his collection, Very Good, Jeeves, and it’s wonderful) take note of the way he describes the world his characters inhabit – and the way they inhabit it. Note how he describes the food they eat, the buildings they live in, they way they travel, the hundreds of words he uses to describe walking, the natural world, and especially the clothes they wear. Note how he employs personification, simile, metaphor, and apostrophe to call upon the physical world within the context of a sentence or phrase that doesn’t necessarily demand it but that is made much more comic, and meaningful, because of it.

On the surface the stories of P.G. Wodehouse come across as out-dated, Downton Abbey-era British satire. And, to an extent, they are. But they are also subtle, joyful, fearless examinations of the nature of comedy and of the many comic ways man interacts with the physical world and as such they are inherently valuable, necessary works for our cynical, hyper-sarcastic culture.

I’ll leave you with this, from his wonderful – and wonderfully titled – story, Jeeves and the Impending Doom. Note the physical imagery.

It was the morning of the day on which I was slated to pop down to my Aunt Agatha’s place at Woolham Chersey in the country of Hertss for a visit of three solid weeks; and, as I seated myself at the breakfast table, I don’t mind confessing that the heart was singularly heavy. We Woosters are men of iron, but beneath my intrepid exterior at that moment there lurked a nameless dread. “Jeeves,” I said, “I am not the merry old self this morning.” “Indeed, sir?” “No, Jeeves. Far From it. Far from the merry old self.” “I am sorry to hear that sir.” He uncovered the fragrant eggs and b. [his abbreviation], and I pronged a moody forkful. “Why – this is what I keep asking myself, Jeeves, — why has my Aunt Agatha invited me to her country seat?” “I could not say, sir.” “Not because she is fond of me.” “No, sir.” “It is a well-established fact that I give her a pain in the neck. How it happens I cannot say, but every time our paths cross, so to speak, it seems to be a mere matter of time before I perpetrate some ghastly floater and have her hopping after me with her hatchet. The result being that she regards me as a worm and an outcast.”