Flawed From the Start: The President’s Plan for Higher Ed 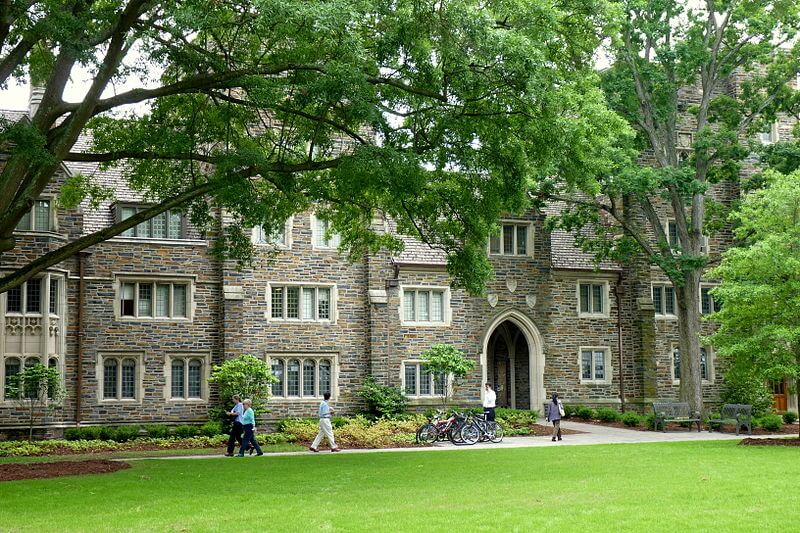 President Obama has been a strong supporter of programs designed to help families pay for a college education, most notably through the Pell Grant and the Opportunity Tax Credit. However, in the summer of 2013, President Obama announced a new “Plan to Make College More Affordable.“ In his speech announcing the plan, the president affirmed that “a higher education is the single most important investment students can make in their own futures.” But he went on to say that the cost of a college education is getting out of reach for many Americans: climbing tuition at public colleges is keeping pace with declining state funding of higher education; the student debt load on college graduates continues to increase; the default rate on student loans continues to rise. The president’s plan to deal with this problem seems to have three main parts. First, establish a rating system to determine which colleges offer “best value”; second, have Congress pass legislation tying federal student aid to the “best value” ratings; and third, cap student loan repayment amounts at 10 percent of income annually.

“Best value” seems to be a vague concept at present. Presumably, it will become more concrete as the Department of Education develops the rating system over the next two years. The ratings will try to rank colleges with similar missions on such measures as “access” (e.g., percentage of students receiving Pell grants), “affordability” (e.g., average tuition, scholarships, and loan debt), and “outcomes” (e.g., graduation and transfer rates, earnings on graduation, and number of post-baccalaureate degrees earned).

The president is certainly reflecting a concern shared by most Americans, including most of us in higher education. The costs of college have indeed been rising quickly over the past few decades. And yet, although the list price of tuition continues to increase at most of our nation’s colleges, so also has the amount of institutional financial assistance that is made available to families who are unable to pay the list price. In recent years, the net price (list price minus discounts and financial aid) has actually decreased in inflation-adjusted dollars. This drop in real price is partly the result of the weakened state of the economy, which has exerted very effective pressures on colleges to cut costs and seek alternative sources of revenue beyond tuition, government support, and traditional philanthropy.

Even so, all of us know that more must be done. But is this plan a good solution? The “best value” rating system may seem plausible at first glance, but there can be no doubt that it will do much unintended harm to higher education in America.

First: To the extent that the value of an education is measured in monetary terms—by such factors as cost, price, future earnings, and loan indebtedness—it fundamentally mischaracterizes the nature of higher education. The highest learning—the kind that helps you to become the owner of your life—is not a commodity any more than your life is a commodity. Have we forgotten that we were not born wearing money-colored glasses? Have we forgotten that we long for many things other than money to make our lives happy and worth living? To measure the value of an education in terms of its price of entry or its economic return is to encourage yet more of the commodification of education that has already cheapened it. Do we no longer remember that some things cannot be quantified? The kind of ratings that seem likely to emerge from this most recent plan will not serve those students who are looking for something in life that surpasses economic value.

I understand that these are strong words, especially since I have already acknowledged that the difficulty of making higher education accessible to our citizens is a real economic problem, a problem involving cost and price. All aspects of life have an economic facet. But that hardly means that all of life fits neatly inside the confines of the economic metaphor. Though we must find a way to pay for college, we must not allow the economic metaphor to determine the standard of educational value.

Second: To the extent that value is not measured in monetary terms, it will be extremely difficult to find a common standard for determining the value of an education, since students weigh many different factors in choosing a college suited to their individual needs. I am a father of five children, each of whom attended a different college or university. Why? Because the college or university that was best suited to one child was not best suited to another. Just as each and every college or university is different and has its own distinctive characteristics of academic and community life, so each student has his or her own life to discover and pursue, a life that is unique and cannot be rank-ordered.

Rating of any kind suggests that all students are looking for something common; it also assumes that colleges are more alike than they actually are. Better instead to find ways of getting as much information as possible about each school to each student and let them make their own ratings—ones that will suit their own individual needs!

Third: The last remark raises the question of why the president’s plan will group colleges according to similarity of mission. Similarity of mission seldom has anything to do with a student’s choice of college. Indeed, I doubt that any but a tiny handful of students look at similarity of mission. Consider the many reasons one might choose a school: its perceived strength in a given area of study; its proximity to home; its popularity with friends and family; its size; its proximity to, or distance from, a big city; its sports program, theater program, religious life, political life, or residential life in general; the climate of its geographical region; the physical or cultural setting of its campus; its respect for diversity of race, sex, national origin, age, and so on—not to mention the availability of scholarships and cost of attendance. The list is as long as the imagination is inventive.

Fourth: The most pernicious aspect of the new plan is the proposal to link federal student aid to the ratings. Students attending lower-rated schools would receive less financial aid from the federal government than those attending higher-rated schools. Under these circumstances, students will often feel compelled to choose one school over another for reasons that have nothing to do with their own individual needs. The ratings will indicate what kind of education the government is willing to support, irrespective of the particular needs and desires of the student and the student’s family. In short, the result will be—at best—manipulation, or—at worst—coercion, of student choice. I think we can say, as a general principle, that school choice should not be manipulated or coerced—and certainly not on the basis of a poorly concocted scale of the economic value of the nation’s colleges and universities.

Finally: In addition to all the unintentional harm this plan will do to higher education, it will also undermine basic principles of American government to which we all owe our allegiance: that our government is a government of the people, by the people, for the people, not one that habitually uses the power of the state to constrain the people’s choices; that our free society requires freely educated people to keep it free; and that only freely educated citizens freely pursuing their own paths to a life worth living can shape a society that will protect the lives and promote the happiness of us all.

Notwithstanding my profound and serious misgivings about the “Plan to Make College More Affordable,” I share the appreciation and gratefulness of most college and university presidents for President Obama’s previous efforts to deal with the problem of college cost. We here at St. John’s College join him in this effort, as we continue to pledge our own institutional resources to making the education we offer affordable to all who apply.

This piece originally appeared at Huffington Post College and at the Imaginative Conservative and appears here with the author’s permission.

Christopher B. Nelson is president of St. John's College in Annapolis, and an outspoken champion of the liberal arts. St. John's College, with campuses in Annapolis, Maryland, and Santa Fe, New Mexico, is an independent, four-year college that is devoted to liberal education. Its richly varied curriculum focuses on an integrated study of philosophy, literature, history, theology, political science, mathematics, music, and science. Students and faculty engage directly -- not through textbooks and lectures but through study and discussion -- with original texts and ideas that are at the foundations of Western thought.