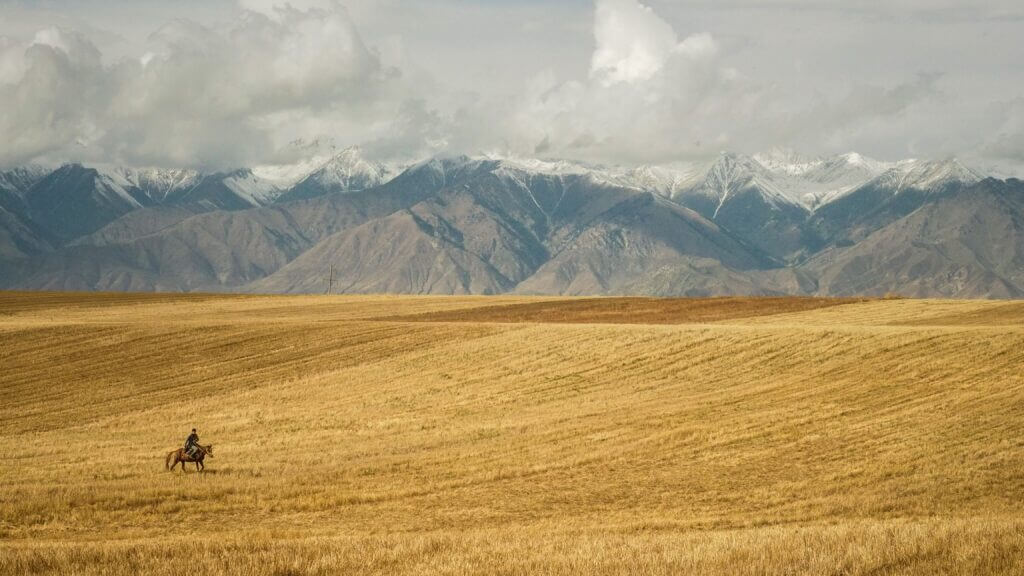 I made my most recent journey through The Lord of the Rings this summer. It was, notably, the first such trip that I have taken at the stop-and-go speed of my (too many) annotations, rather than at the speed by which my gleeful hobbit heart might have wished to “get on to the next good part.” Unsurprisingly, this was also the most fruitful re-read yet.

One of the most delightful parts of this yield was the opportunity to concentrate on Tolkien’s characters not named Frodo, Gandalf, Sam, or Aragorn. I was particularly drawn to Éomer, the young knight of Rohan whose loyalty and courage vault him from being a near persona non grata to becoming King of the Mark during the War of the Ring. However, though these virtues have been well-noted, I would also contend that he is a clear model of that humility which attends a willing student. As such, I believe Éomer becomes a true foil to Boromir of Gondor, a character who is primarily contrasted to his brother, Faramir. Throughout Tolkien’s story, Éomer and Boromir exhibit vastly different responses when confronted with wisdom that transcends their own history, experience, and vocation.

We meet Éomer in the opening pages of The Two Towers, where he and his company of Riders encounter Aragorn, Legolas, and Gimli along their search for the recently captured hobbits, Merry and Pippin. In the somewhat testy conversation that ensues, it becomes evident that Éomer is initially distrusting of the claims of the Three Hunters, who come bearing strange tidings of the deaths of Gandalf and Boromir, of missing Halflings, and of an Elven “sorceress” (Galadriel) in a Golden Wood. Éomer’s response is indicative of the current extent of his knowledge, which is little outside of his own native land and time. He is a man of arms and a man of Rohan, tried and true. He is intensely loyal to his king and desirous that his people be found on the right side of the coming war, but he is suspicious of what he deems to be the mythic fantasies of the world beyond the plains of the Riddermark. Indeed, after a heated discussion with Gimli and Legolas regarding the beauty of Galadriel, the interrogation nearly reaches a short and bloody conclusion.

However, Éomer suffers Aragorn to treat on behalf of his comrades, and he is eventually persuaded that the strangers are no foes of Rohan. At the peril of his own life before the wrath of King Théoden, he allows the strangers to go free, issuing this striking statement: “There is work for the Sword to do. Yes, and we could find a use for Gimli’s axe and the bow of Legolas if they will pardon my rash words concerning the Lady of the Wood. I speak only as do all men in my land, and I would gladly learn better.” (Emphasis mine.)

Boromir is similar to Éomer in matters of background, upbringing, and vocation. He, too, is of a lordly house of Men, being the eldest son of the Steward of Gondor. Masterful and commanding, he has captained Gondor’s defense against the might of Mordor for years, winning the respect of his people and the trust of his father through his zeal and weight of arms. However, though well-intending, he seems almost exclusively concerned with Gondor’s well-being and is generally unwilling to consider that his country, while vastly important to the fate of the West, is not necessarily the final hinge upon which that fate turns. As is borne out during the Council of Elrond, Boromir is loathe to accept Aragorn’s ancient claim to Gondor’s kingship, and he is loathe to grasp the ancient Elven wisdom that demands the destruction of the One Ring instead of its use in the fight against Sauron.

In his defense, Boromir’s initial ignorance and hesitancy is wholly understandable, yet later, after two months of traveling with the Fellowship, his fundamental posture toward histories and wisdom that is extra nos to his own appears unchanged. This posture displays itself when he dismisses stories of Fangorn Forest as “old wives’ tales” as he stands in the middle of Lothlorien—a place which, ironically, he had also previously dismissed. Boromir’s stubbornness elicits a haunting rejoinder from the Lord of Lothlorien: “Do not despise the lore that has come down from distant years; for oft it may chance that old wives keep in memory word of things that once were needful for the wise to know.” But Boromir heeds not this counsel and meets his end, just days later after attempting to seize the Ring from Frodo, realizing (commendably) the extent of his folly with his dying breaths.

Éomer, however, makes good on his resolve to “gladly learn better” and these words become emblematic of his subsequent submission to the wisdom of humility. Within a matter of weeks, he learns that all the “old tales” about Elves and broken swords are true, that there is a Dark Lord whose long reach stretches far beyond the borders and short history of Rohan, that defeating him requires more than strength of arms, and that great understanding might be gained through heeding the friendship of those more wise than he.

Tolkien marks the culmination of Éomer’s education with a stunning scene toward the end of The Return of the King. Having fought and won the War of the Ring, the lords of the West descend on Meduseld, Rohan’s Golden Hall, for King Théoden’s funeral feast and the betrothal of Faramir to Eowyn. Present are not only the surviving members of the Fellowship and the court of Rohan, but also the court of Gondor and the retinues of Elrond and Galadriel out of Rivendell and Lothlorien. It is a mighty convocation, and it is fitting that Éomer, the willing student who submitted to the wisdom of the ages, presides over a feast that transcends and erases the old suspicions that used to lie amongst the Free People of Middle Earth.