Can We Know What Shakespeare Thought? 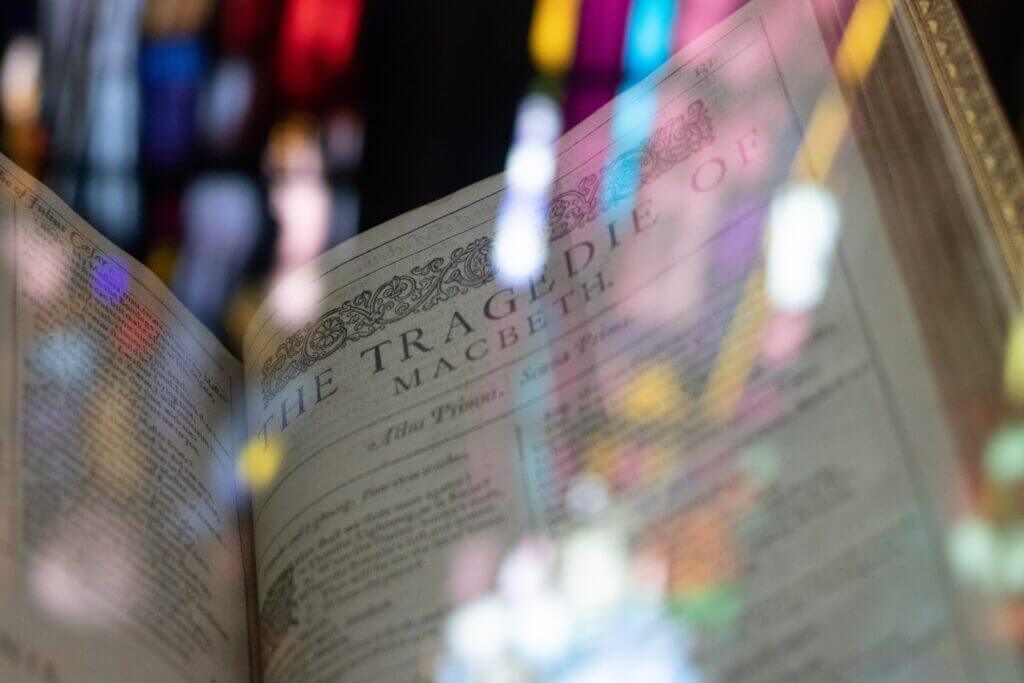 Is Shakespeare a moral enigma? Many critics have thought so. Take the late Anthony Nuttall, who contended that “we have no idea what Shakespeare thought, finally, about any major question”—or Harold Bloom, who has argued that the Bard was “too wise to believe anything.” Such remarks challenge Shakespeare enthusiasts: When a play like Twelfth Night contains such a diverse cast of characters, such a motley crew of moral viewpoints, how can we know which characters represent the playwright? How can we know what Shakespeare thinks?

We can’t, the critics reply. So give up trying.

There is a long tradition of this kind of interpretation. Even in the nineteenth century, the French novelist Gustave Flaubert made similar claims about Shakespeare. For Flaubert, realism was the greatest calling of the poet—not the communication of personal feelings, values, or interests; so he crowned the arch-realist Shakespeare as the king of all imaginative writers:

When I read Shakespeare I become greater, more intelligent, and more pure. When I reach the summit of one of his plays, I seem to be on a high mountain: Everything disappears and yet becomes apparent. One is no longer a man, one is an eye; new horizons arise, the perspectives stretch out to infinity . . .

In Flaubert’s view, Shakespeare simply presents the world as it is, in all its grandeur, without comment. His plays impose no judgments on their subject matter: “Indeed, who can tell me what Shakespeare loved, hated, or felt?” Flaubert writes. “He is a terrifying colossus: One can scarcely believe that he was a man.”

Flaubert rightly praises Shakespeare’s extraordinary descriptive powers, but as Wayne Booth observed almost sixty years ago in The Rhetoric of Fiction, much of this business about the unknowability of Shakespeare is imprecise at best and fantastically counter-empirical at worst. Certainly, Shakespeare is demure as an author: “[He] does not barge clumsily into his works,” Booth acknowledges. “We are never plagued with his undigested personal problems.” But Booth also challenges Flaubert’s wild exaggerations:

Is he [Flaubert] right when he claims that we do not know what Shakespeare loved or hated? [ . . . ] The statement is most definitely mistaken if it means that the implied author of Shakespeare’s plays is neutral toward all values. We do know what this Shakespeare loved and hated; it is hard to see how he could have written his plays at all if he had refused to take a strong line on at least one or two of the seven deadly sins.

Shakespeare’s plays figure a moral universe (albeit, a strange one, full of paradox and conflict). Consequently, they contain “unmistakable violations of true neutrality,” Booth argues. In the plays, we discover a moral sensibility (what Booth calls “the implied Shakespeare”), an ethos that is “thoroughly engaged with life,” a mind that does not reserve judgment on “the selfish, the foolish, and the cruel.” How is this moral sensibility communicated? Through the form of the work itself. Through the poetic techniques which shape the audience’s perception of characters and events:

Even among characters of equal moral, intellectual, or aesthetic worth, all authors inevitably take sides. A given work will be “about” a character or set of characters. It cannot possibly give equal emphasis to all, regardless of what its author believes about the desirability of fairness. Hamlet is not fair to Claudius [ . . . ] No matter how willing we are to admit that Claudius’ story is potentially as interesting as Hamlet’s, this is Hamlet’s story, and it cannot do justice to the king.

Many Shakespeare plays contain ambiguity, but Booth draws a distinction between the ambiguity of the text and the ambiguity of performance. Even if absolute, authorial neutrality were possible in the text of a Shakespeare play, it would not be desirable to retain that neutrality in the play’s production. Good directors recognize that every performance is an interpretation, and though a play may allow multiple interpretations of specific plot elements, a good performance will minimize these ambiguities.

No doubt: Shakespeare’s plays provoke questions; they are fraught with paradox. But they also contain bright and beautiful norms shining through the actions of characters. A Midsummer Night’s Dream leaves us loving the humble mechanicals and disliking the cantankerous Egeus, and Cymbeline allows no indifference to the faithlessness of Posthumus. In other words, Shakespeare leads us to truth via our affections.

When we enjoy Shakespeare, we can’t avoid this kind of moral interpretation. Nor would we want to. We delight in these moments of judgment because they prompt our souls to search for goodness. Isn’t this invitation to wonder the highest calling of the poet? For as Hamlet taught us,

Can we know what Shakespeare thought? Yes. Look in the “mirror” of his plays. You will find “virtue” and “scorn” alike. You will find timely and timeless beauty.