5 Lesser-known Shakespeare Films Worth Checking Out 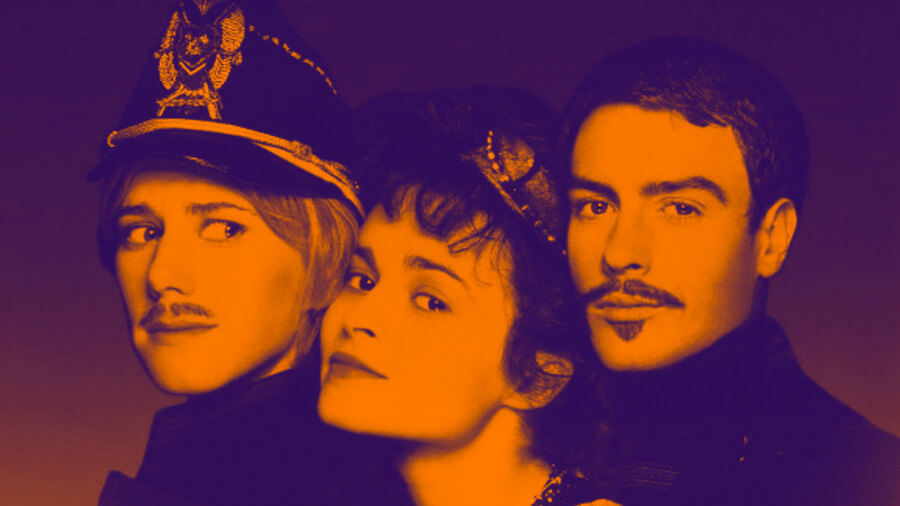 Shakespeare undoubtedly belongs on the Mount Rushmore of authors that classical educators most highly esteem. Other than Homer, and maybe Virgil, what author could possible bump the Bard from such a sculpture? Given that, we classical educators rightly feel the need to give our students a healthy dose of his canon. But that’s easier said than done. Which is where filmic adaptations of his work can helpful.

A really good Shakespeare film can soften the challenges that accompany Elizabethan language, minimal stage direction, and often allusive plot detail. At best, they can help our students read imaginatively; at worst they can be tripe. Such is art.

Given that are hundreds of Shakespeare films to choose from, and given that many of them are more or less awful, it can be difficult to know where to begin. Chances are you have seen many of the more popular versions, so I asked five of our writers here at CiRCE to vote for one somewhat lesser known (or at least lesser watched within classical education circles) adaptation.

Here is what they came up with.

Fair warning: Some moments in these films are more Hollywood than Globe Theatre, so use your discretion and don’t assume that just because a film shows up on this list it means that we are necessarily recommending you show it in your classroom.

Considered his greatest comedy by many, Much Ado has been captured in several film adaptations. Kenneth Branagh’s 1993 version is the “standard,” with a cast that included Denzel Washington, Keanu Reeves, Emma Thompson, Michael Keaton, and Branagh himself. Keeping both the language of the play and the dress of the Shakespearean period, it is small wonder Branagh’s take remains the consensus favorite.

However, in 2013, director Joss Whedon (whose work ranges from co-writing Toy Story to the futuristic Western-ish series Firefly) gave us another adaptation of Much Ado. Like the Branagh film, Whedon’s film boasts a talented cast that includes Amy Acker, Alexis Denisof, and Nathan Fillion.

This new version — filmed at Whedon’s Santa Monica house in just 12 days — presents an interesting tapestry of past and present, of Globe Theatre and Hollywood. The script is all Shakespeare and the film is shot in black-and-white, yet it’s filmed with modern surroundings and dress. This interweaving allows the film to avoid being overly modern, and while producing more than an updated version of Branagh’s work.

Whedon’s adaptation is artfully filmed and skillfully acted. Both the humor and emotional depth of the play are intact, particularly through the chemistry of Beatrice (Amy Acker) and Benedick (Alexis Denisof). In the end, the movie works beautifully and, for what it’s worth, has become my favorite Much Ado adaptation.

Franco Zeffirelli’s The Taming of the Shrew (1967)

Franco Zeffirelli’s 1967 The Taming of the Shrew starring Richard Burton and Elizabeth Taylor is an oldie but a goodie. Shot on location in Italy, this film adaptation is a favorite with critics and audiences and was nominated for two Academy Awards (Best Costume Design and Best Art Direction).

Burton and Taylor are perfect as the sparring-warring lovers, Petruchio and Kate. They take all of their real-life love-hate relationship tension and infuse their characters with a life and energy that is a ton of fun to watch. There’s none of that stuffy high-brow Shakespeare here. And yet, it’s a traditional and faithful adaptation—no modern settings or costumes or new twists, not even an ironic undercutting of Kate’s final controversial speech. This is the same Shakespeare you find on the page.

Burton and Taylor are loud and fiery and physically violent. Their obvious intense physical attraction and sexual tension comes through in the film version—a motif that is present in the play and important thematically, but is often missing when we read Shakespeare instead of watching him made alive. The dialogue takes on a very different meaning when you understand that Kate and Petruchio are deeply attracted to one another. All of that insult slinging is an intense form of flirting.

My favorite scene is the courtship scene: Burton literally chasing Taylor as he “chases/woos” her. They throw words and furniture at each other. But there is a deep playfulness that makes you think the lady doth protest too much.

Love that’s kin to madness, wisdom masked as folly, identities mixed and mistaken: Shakespeare rings the changes on his vintage comic themes in Twelfth Night, or What You Will.

Trevor Nunn’s 1996 adaptation focuses on presenting, rather than reinterpreting, this classic comic tale, with only a few unexpected improvisations. Among these is the setting: a 19th-century backdrop charges the play with an almost Importance of Being Earnest vibe, but Victorian furnishings and primly ruffled housemaids are contrasted with the wild scenery of England’s Cornwall. The juxtaposition subtly reinforces the absurdity of Orsino’s by-the-book Petrarchan courtship confronting the wild whimsy of Olivia’s affection. Additionally, the shipwreck and wedding, which the play only implies, are spun into scenes that bookend the play.

Otherwise, it’s a remarkably faithful adaptation. Scenes are shortened, but not omitted. Toby Stephens as Orsino fully plays up the ridiculousness of moping over thwarted love; Imelda Stubbs and Helena Bonham-Carter make the repartee between Viola and Olivia sparkle. Although they masterfully capture the humor of their plot, each of the actors also portrays fleeting moments of real, rather than caricatured, heartache. Stubbs, in particular, captures the complexity of Viola’s loss and denial; her speech to Orsino defending the strength of woman’s love is a high point. Far from undermining the humor, this shadowing of comedy with solemnity testifies to Nunn’s grasp of Shakespeare’s unerring insight into the duality of human emotions.

Meanwhile, perhaps the particular strength of the adaptation is its supporting cast. Easily overshadowed by the love triangle, Twelfth Night’s “downstairs drama” fills out the play’s layered meanings, and is given full play in this film. The comeuppance of Malvolio’s piety-masked pride; the overindulgent yet innocent festivity of Sir Toby Belch and company; and especially the wise foolery of Feste, whose speaking and singing are expertly captured in Ben Kingsley’s persona as the somber, philosophic clown . . . these all intensify the play’s main plot, bringing to a grand culmination Shakespeare’s great comic theme: the gradual overcoming of mourning and refusal by jollity and self-giving.

In this version, Helen Mirren plays Prospera, the exiled duchess of Milan, mother to Miranda, and now de facto ruler of the island and its lone inhabitants, Ariel and Caliban. As in the original, the exiled ruler of the island uses knowledge of the liberal arts and sorcery to bring the current rulers of Milan and Naples to the island in an attempt to bring about a restoration of broken relationships—which restoration should also bring about a return from exile.

It is relatively faithful to the original play, with only minor changes—mostly for length. The changing of Prospero to Prospera is not the distraction one might think. Helen Mirren plays the role of Prospera amazingly, as should be expected of such a magnificent actor, and gives us a protagonist who is just as convincingly concerned for the welfare of her daughter, as Prospero the father would be of his.

If there is any distraction in this re-telling, it comes in the form of director Julie Taymor’s unnecessary use of visual effects. They do little to add to the story and quite possibly do much to distract from it. In the end, though, you at least get that she’s trying to highlight the magic of the place, the people, and especially Prospera.

So bad, yet so good. After reading Shakespearean Tragedy: Its Art and Christian Premises by Roy Battenhouse, I happily entered into that coterie of snobs who always say of certain of the bard’s plays, “Oh, no one understands that one.” Battenhouse argues that Romeo and Juliet takes place over a week, and that week is, day by day, an inversion of Holy Week which culminates in a fake death and a fake resurrection. No fan of courtly love, that William. As Battenhouse unpacks his thesis, a smile slowly curls on the reader’s face which is similar to the happy disbelief a man shows forth when he first bears witness to Dark Side of the Rainbow. I have rarely encountered a literary theory as tight as this.

Baz Luhrmann’s zany SoCal Catholic chrome and dope version of the play zeroes out any trace of theological coherence, replacing it with Buzz Bin bands, Gucci costume racks, and an unbuttoned Leonardo DiCaprio. At first glance, it’s hard to say what Baz got right. Is his version anything other than laughably under-researched and over-budgeted postmodern narcissism?

The older I get, though, and the more often I teach the play, the more I have to credit Luhrmann’s choice direction of a handful of critical lines and scenes in the play. What he doesn’t get completely wrong, he completely nails.

While his themes constitute a terrible misdiagnosis of the play, the naïveté and honesty in Leo’s delivery of “Wilt thou leave me so unsatisfied?” is both a precise indictment and celebration of teenage love. Harold Perrineau’s crossdressed performance of the Queen Mab speech is the perfect disorienting, enigmatic preamble to a night where affection and madness trade leads a dozen times. Claire Danes snaps “Be not so long to speak I long to die” with a vexed spirit impossible to imitate during in-class readings. Baz frames Romeo’s “I defy you stars!” while the hero is on his knees, the sun demonically situated over his left shoulder. So while the play’s true purpose collapses under Luhrmann’s demands of style, line after line after glinting silver belt buckle carry the film on a wave of minute, nuanced interpretations that forever improve subsequent readings of the play.