If even a fraction of public school teachers were at least encouraged to nod away from progressive education and toward classical education, that would benefit American students a great deal. 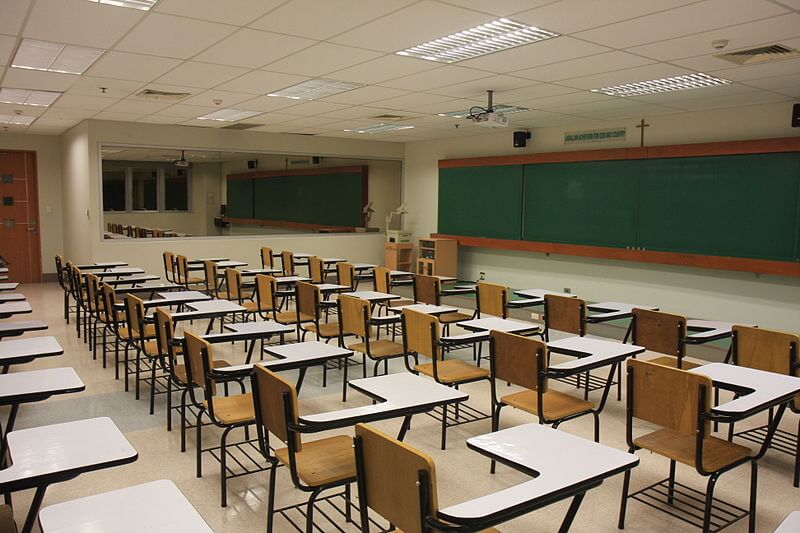 Contrary to public opinion, teachers amenable to classical education do exist in typical public schools. Local and state rules, accreditation, and teacher credentialing all act against those allies’ ability to provide their students with a classical education experience.

One method of reacting to this would be to follow one of Flannery O’Connor’s best-known quotes, that you have to “push back against the age as hard as it pushes against you.” But this is more combative than I mean to be in this post. So another O’Connor quote serves better here: “It is the business of fiction to embody mystery through manners, and mystery is a great embarrassment to the modern mind.”

Amid endless lists of standards, tests, and “informational texts” in Literature and History classes, American schools seem more embarrassed by mystery every year.

So: How might public school teachers begin to incorporate classical concepts (and the mystery that accompany them) into their work? How might they stop being “embarrassed”? What are some practical ways they might draw back at least a bit?

1. Choose better materials. Much of the criticism the Common Core State Standards (CCSS) have received is deserved, but one useful task Common Core has accidentally taken on is to awaken parents to some issues in literature instruction that have existed in schools for a long time, and which the debate over Common Core has simply highlighted (though Common Core has of course done damage that a more decentralized approach would not have). Poor choices of materials meant to be “relevant,” or taking great works and making them “accessible”, are both damaging. As Terence Moore puts it in The Story-Killers: A Common Sense case Against the Common Core, the purpose of CCSS

…was never to read complete works of literature written in beautiful language that speak straight to the soul. That is, the reason for serving up a smattering of The Odyssey was not to give young people a view of the heroic and of the passions of men, but rather to introduce students to an epic. The reason for having them read Romeo and Juliet was not to unveil to hormonal adolescents the heights and dangers of love and passion and invite them to sympathize with the star-cross’d lovers but to get them to recognize a tragedy.

While it is true that individual teachers generally do not select all of the novels they may assign to students, many worthy texts are in the public domain because of their age, and are available online as pdfs. Much of the content now used in classes is meant to be informational, or to teach social issues (rather than the materials itself), or to relate to students existing interests. O’Connor succinctly deflates the value of all of this in her essay “Total Effect and the Eighth Grade”:

And if the student finds that this is not to his taste? Well, that is regrettable. Most regrettable. His taste should not be consulted; it is being formed.

2. Talk more. I don’t mean lecture more – the class as a whole should simply talk more. Toss activities, toss graded assignments, and just…talk. Yes, public school classes are large and seem to be ever-growing. And, yes, class discussions will likely be something of a disaster the first few times they’re tried, as the teacher tries to figure out a system for managing a large-group discussion, and as her students are used to being talked at, left alone, or at best told to copy some notes during English class.

Shelly Johnson has an excellent discussion of a practical way to do this in a larger class here. Students are used to being talked down to; discussions are a way to elevate them, rightfully, as creatures worthy of some respect.

3. Encourage students to revisit material. Especially in humanities classes, students should be allowed to re-take tests. Re-write papers. Re-work projects. Why must their paper on Frederick Douglass be due on March 1 (the day the teacher semi-arbitrarily placed it on the calendar), and only on that day? Will the threat of a 10-point deduction for papers turned in on March 2 result in better, more thoughtful papers? Or, more likely, more hastily-done papers the night of April 30?

Consider two students, both sitting in a class which has just finished studying Fahrenheit 451. Student A has been engaged throughout the course of study, but still misses the point of the book entirely. Student B has been weakly engaged and clearly hasn’t read much of the book. Both get a 60 on the final paper, due to some combination of osmosis, luck, and the internet. In most schools, the entire class would simply move onto the next book. Students A and B might both be told to study more and work harder next time, one kindly, and one threateningly, perhaps. Why should both students not be allowed to revisit the book and prove, at a later date, that they’ve understood it? Student A because he is curious but needs more time for ideas to sink in, and Student B because the teacher isn’t going to allow his laziness to dictate his success.

If we don’t treat students this way, the class could just as easily have skipped the whole book. This is a shame – if something is worth assigning and studying, it should be treated (and studied) accordingly. Of course re-taking tests should be done in varying formats (maybe re-takes should be even more difficult than first-takes), at the teacher’s discretion, and in a way that can maintain, as author Rick Wormeli calls it, “clerical sanity” within the teacher’s workload. In subjects that are more sequential the logistics may be trickier, but there is no reason students shouldn’t be given the same opportunity to prove their knowledge.

Unless they are planned that way from the outset, no public school is likely to become truly “classical.” The overall culture and values of a school matter a great deal. Still, it is possible to bring some aspects of classical education even into public school classrooms. By numbers, public school teachers dwarf classical school teachers; if even a fraction of them were at least encouraged to nod away from progressive education and toward classical education, that would benefit American students a great deal. Even the most typical public school classroom today could feature a teacher who allows for much more class discussion (as opposed to lectures, or power points, or groupwork), and allows her students to rewrite and re-think assignments over and over, as their ideas and understandings improve. And if she did it using more Flannery O’Connor stories, all the better.