A Bit about St. Nick 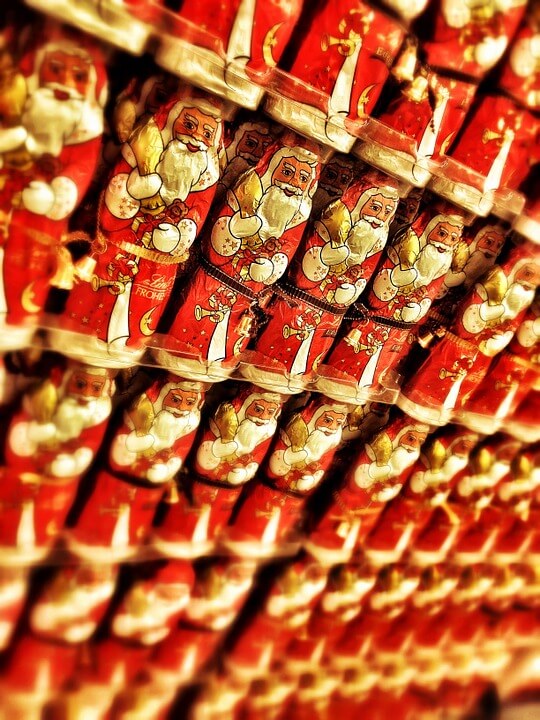 December 6th is the feast of St. Nicholas!

Santa Claus stands as a centerpiece of the Christmas season and though the feast of Saint Nicholas lasts but one day (December 6th), the Santa frenzy will continue through the holidays. Children around the world will find it hard to sleep, anxiously waiting for him to swoop down the chimney, leaving presents under the tree. But, where did the idea of gifts from jolly ole Saint Nick come from? The tradition stems from an event that vividly displays the “gentler side” of Saint Nicholas.

Nicholas, the bishop of Myra, lived during the tumultuous fourth century, when both false teaching and the Roman Emperor continually assaulted the Church. Fascinating stories swirl around the life of Saint Nicholas, and while we face some difficulty in distinguishing the tall tales from the true tales, they all combine to create the portrait of an inspiring man. Orphaned when he was young, Nicholas’s wealthy parents left him a small fortune. As Nicholas grew older, he developed into a man after God’s own heart, passionate and compassionate, zealous for truth and mercy. His passion and zeal for truth compelled him to slap Arius the heretic across the face at the Council of Nicaea (“You’d better watch out…Santa Claus is coming to town”), but his compassion and mercy are the foundation for the more well-known tales of his life. These stories gave rise to Nicholas’s “alter-ego,” Santa Claus.

When not assaulting heretics, Nicholas ministered as a bishop with a true pastor’s heart. One night, while walking through the village where he lived, Nicholas heard a girl crying. He stopped to listen and overheard the girl lamenting the fact that her family was too poor to provide dowries for her and her two sisters. In those days, dowries were given from a father to the suitor of his daughter and young ladies had little prospect of marriage without one. Unable to bear the girl’s sadness, Nicholas filled a bag with gold coins and tossed it into the poor family’s house, providing enough for the girl’s dowry. The following two nights, he did the same for the two younger sisters. All three girls were married the following spring, thanks to the mercy and generosity of Bishop Nicholas. The family never knew who provided the money.

Details of the story vary. Some say the bags of coins were thrown down the chimney, giving rise to the idea that Santa Claus comes down the chimney to leave presents. Others suggest that the coins landed in shoes or stockings left by the fireplace to dry, inspiring the practice of putting out stockings or shoes for Santa to fill with gifts. But all agree that Saint Nick’s stealthy delivery skills continue to thwart those trying to catch him in the act. May the warm and generous spirit of Saint Nicholas inspire the same in us all. Merry Christmas!

Ideas for observing the Feast of St. Nicholas:

1) Fill a boot (we use a plastic “Santa” boot) with chocolate coins and put it by your fireplace or Christmas tree for the kids to enjoy. It’s a great time to retell the story of St. Nicholas.

2) Host a lunch or dinner for friends or neighbors and tell the story of St. Nicholas while feasting. It’s a great way to extend hospitality, show generosity, and everyone gets to remember the life of a great man.

3) Make up “St. Nicholas bags” (not sure if that’s a real term, but it works) for the homeless and needy. Use large Ziploc bags and put in helpful items (a bottle of water, granola bar, toothbrush, toothpaste, even a few dollars, if you like). These can be packed on St. Nicholas day, then kept handy for when you see folks in need, at a stop light, exit, sidewalk, etc.