Beyond the Shadow of Discord 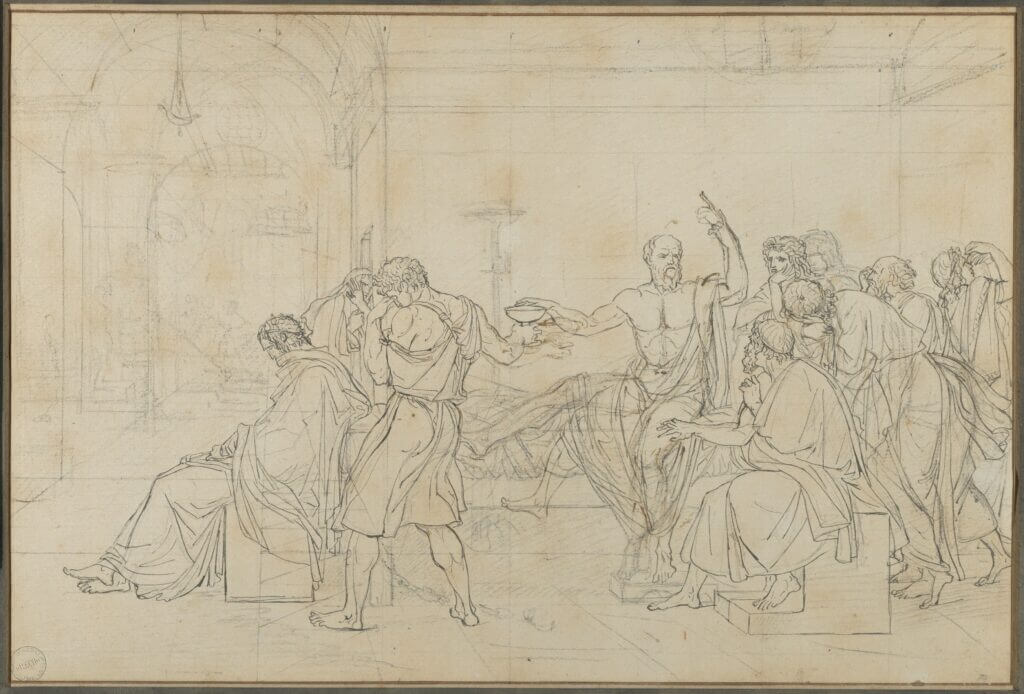 Have you ever quarreled about something (that you later realized was insignificant), and in so doing, lost sight of what was truly important? Have you ever been waylaid by something distracting, and lost your way as a result? Well, if you haven’t experienced this in a while, you may recall a similar gist in one of Aesop’s fables, “The Ass and His Shadow.” (If not, read on!)

In a ninety-minute webinar on December 20 called “Socratic Teaching in Groups,” Andrew Kern and Matt Bianco expertly modeled (and meta-analyzed) the Socratic mode of teaching through a dialogue about this fable (and discussed several other aspects of classical teaching as well). Because the Socratic mode is one of the two essential modes of classical teaching (the other being the mimetic mode), I will spend most of this essay summarizing and reflecting upon the Socratic method. Following this, I hope to close with a few reflective thoughts about the shadow of discord.

In the beginning of the webinar, a question was raised as to whether a true Socratic dialogue can take place when teaching in groups—as Plato’s dialogues almost always feature Socrates conversing with one person. Wouldn’t it be more accurate to refer to Socratic teaching in groups with terms like “seminar style,” “Oxford tutorial,” or “symposium”? If we consider this mode in the strict sense, then probably so. Nevertheless, we seemed to conclude that a Socratic dialogue can happen in a group (e.g., classroom) setting, with some adjustments and allowances. Personally, I think “Socratic seminar” is probably the most accurate term for this kind of teaching in groups.

But for the purpose of simplicity, Kern and Bianco began by exploring the Socratic dialogue between two people. Importantly, the Socratic dialogue has two key stages, the ironic stage and the healing stage. In the first stage, the Teacher (Socrates in the Platonic dialogues, etc.) knows the truth about an issue, topic, or idea (or in some cases, knows that he does not know the truth about it, but would like to know), and poses a series of questions to his Interlocutor—a person who thinks he knows the truth, but in reality does not. By asking a series of provocative, purposeful questions, the Teacher moves the Interlocutor to recognize the discord, to experience the lack of harmony in his thinking—in short, to feel the “gap” in his logic. When the Interlocutor recognizes this discord, he can (and should) have a metanoia, an “I don’t know” moment, a “breakdown,” a “turn.” At this point, the Interlocutor becomes teachable; he is now able to move into the second stage, the healing stage.

While the first stage (the ironic) is deconstructive, the second stage (the healing) is reconstructive. In the healing stage, the Teacher continues to ask provocative, purposeful questions to help the Interlocutor resolve the discord, to help him achieve harmony in his thinking. Here, the Teacher leads him toward resolution, toward the truth.

Vitally important, even if the Teacher does not know a particular truth with certainty, he nonetheless believes that the truth can be known—granting that it may be difficult and demand rigorous effort to attain. Say, for example, that the Teacher does not fully know what justice is (imagine not having complete clarity on justice!). He may still lead his interlocutor toward a better understanding of justice, toward some of the nuances of justice, and to some of the best questions about justice. The Teacher is still reconstructing, still healing—leading him toward resolution, toward harmony. It is as if the Teacher leads him out of a benighted forest into a sunlit meadow for a brief respite near a sparkling stream. Both travelers know they have miles to go before they reach home, but they cherish the peacefulness and clarity of the meadow, the feeling of harmony it provides, and knowing they are closer to their destination than before.

Moreover, Socrates would assert that the truth is already in each of us. This is where the Socratic method is sometimes called maieutic, from the Greek word “maieutikos,” meaning “midwifery.” In one of the dialogues, Socrates referred to his dialectic method of question and answer as analogous to a midwife delivering a baby. The Teacher is the midwife who helps summon the truth(s) latently present within the Interlocutor and helps deliver the truth to his awareness and understanding. When the truth is drawn forth out of the struggle and discord, we will know it; we will recognize the harmony and celebrate the resolution.

Perhaps the apex of the webinar involved the discussion that, by nature, we delight in harmony and we hate discord. But more importantly, we need to recognize that we must struggle through discord (stage one) in order to arrive at harmony (stage two). The essential task of the Teacher is to ask the right kinds of questions in order to awaken the Interlocutor to the discord in his soul. Similarly, we might ask an analogous question: When is it that we most deeply experience God and draw closest to Him? We know the answer, yet we turn from it—hoping in our comfort to skirt this reality: it is when we must struggle through the dark night of the soul; when we must endure through the valley of the shadow of death. Through these trials, harmony and union with God are most achievable.

In the aforementioned fable by Aesop, a Youth hired a donkey, led by a Driver, to carry him from Athens to Madeira. When the sun scorched hot on the Grecian plains in midday, the Youth requested to stop for a rest. When the Driver agreed, the Youth gladly dismounted and sat in the small sliver of shade from the Donkey. But the Driver, tired from his walking, demanded to sit in the same sliver of shade. Both argued, each claiming the right to the shade: the Youth asserted that the shade clearly came with the Donkey that he rented; the Driver blustered that he rented the Youth the donkey only, not the shade. As the argument escalated to fisticuffs, the Donkey galloped off—and both were left in the baking sun without any ride at all.

What do you think the moral of this fable is? Well, as Kern and Bianco modeled so well, it is best not to begin with the ultimate question, but rather, to begin with a series of questions that will elicit an awareness of discord, lead to a metanoia, and then gradually resolve the discord into harmony. These are not just any questions, but explorations that involve good questions, right categories, great analogies and comparisons, and sound logic. For example, should questions, why questions, what questions, when questions, and if-then questions. In The Lost Tools of Writing, these are encompassed in the five Common Topics: Definition, Comparison, Circumstance, Authority, and Relation.

So then, who do you think has the right to the donkey’s shadow, the Driver or the Youth?

If we do not ask enough questions, or if we do not ask the right questions, or if we only ask questions to deconstruct—leaving students in the ironic stage because we do not believe in truth (the practice of the sophists, as well as most college professors today)—then we will never get beyond the shadow of discord. Alas, we will remain trapped in the darkened chaos, unable to realize what lies beyond, quarreling about the shadow and losing the substance. And that, my friends, just happens to be the moral of Aesop’s timeless little fable.