Asking Not Too Much of Earth or Heaven 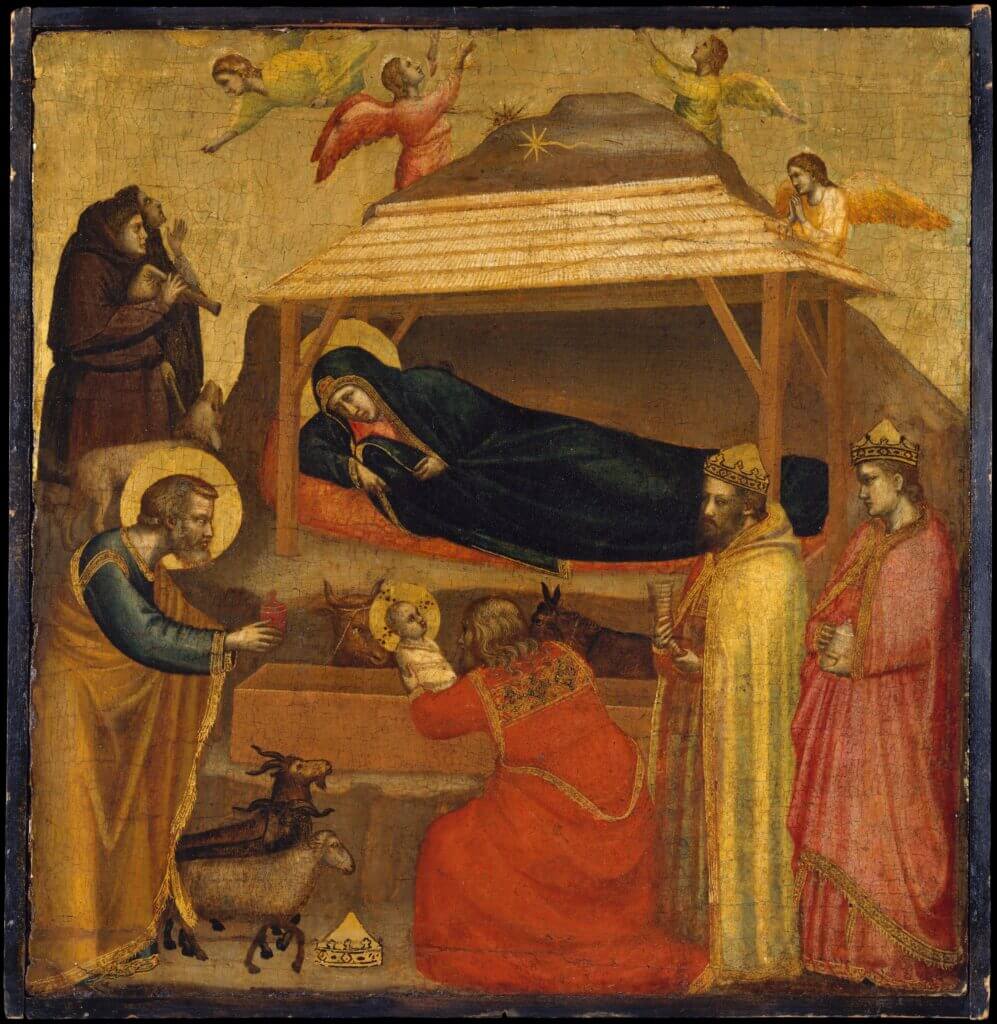 “If we will make our seasons welcome here, asking not too much of earth or heaven, then a long time after we are dead the lives our lives prepare will live here, their houses strongly placed,” writes Wendell Berry in his poem “The Vision.” These past months, seasons have been welcomed and then bidden farewell. Just recently, we greeted yet another. Thanksgiving morphed into frenetic shopping, culminating in catharsis at gift giving, then hailing in a new year with a nod of recognition at the past and a toast to the future. Infinitely more meaningfully, Advent has unfurled gently into Christmas and Christmas has made the journey to Epiphany.

As always, the passion of this transformative time has been rich and heavy. A relatively brief period during the long marching days of the year, this flurry of anticipation and preparation for abundance and good cheer—the busy decorating, gifting, feasting, and singing—has surrendered to the stillness in Bethlehem after the angels hailed their King; a calm after the intensity and a time of hush; a bated-breath of waiting just before the City of Man encountered the Incarnation. That’s Epiphany: The Magi—bearing the worldly wisdom and customs of the world along with their royal gifts, representing the City of Man—traveled right up to, and stepped within, the walls of the manifested City of God. As I write, the Magi of our household nativity stand clustered, mingled midst shepherds, camels, and sheep, around the Christ Child. For a few days more, before gently wrapping the fragile figures and putting them away for another year, we in this house hold that moment frozen. Epiphany is welcome here.

But where, exactly, is “here”? It’s the here and now, the time that has stretched since that single, momentous welcoming, the meeting of City of Man with City of God. “Here” is being simultaneously in the world but not of it; asking “not too much of earth or heaven,” because we are not fully realized in either. It’s walking the tightrope of ambiguity across the turbulent waters of the physical senses and the vast oceans of faith.

Jesus said to his disciple Thomas, “Blessed are those who have not seen and yet have believed” (John 20:29). Our household nativity scene, placed just a few feet away from me now, testifies: I’ve not seen what the Magi saw, nor will I; yet I’m exhorted to keep my vision on it, beyond the scope of natural earthly sight. I walk daily in the streets of the City of Man but am encouraged to all the while perceive the supernatural shimmer of the City of God encompassing it all around. As Hopkins so beautifully writes, “the Holy Ghost over the bent / World broods with warm breast and with ah! bright wings” (“God’s Grandeur”).

Why such exhortation and encouragement? Because, as even the ancients recognized, it’s those who are capable of being outside the polis (the city or community) who can bring virtues to it, virtues such as Plato described in The Republic: prudence and wisdom, courage, temperance and moderation, and justice.

Aristotle opined that the person who can live outside the polis must either be wild beast or divine (Politics). Mythologies and histories further suggest that those who leave the city walls but choose to return within—usually at great self-sacrifice—bring with them not just some divine revelation but ultimately some salvific quality. Gilgamesh leaves his city and befriends Enkidu, a wild man; he conquers monsters and returns with revelation. The enlightened man of Plato’s famous cave descends from the uncharted surface back into the cave’s depths as the bearer of truths to shatter illusions beheld there. Beowulf leaves Heorot for the wilderness in which he slays the darkest demons and returns to be king for a golden age time in a near utopia. Abraham leaves Ur, and Moses Egypt, for long journeys outside all city walls, with the promises of founding a blessed people, living in lands of abundance and good order. Odysseus must adventure in the wilds before he can return to make a civilized home of Ithaca. Shakespeare’s Prince Hal wanders with the outcasts and ne’er-do-wells, to then take up a crown with the wisdom worthy of the name King Henry.

Our contemporary stories are also filled with the theme of the one who, outside the polis, returns to it in order to restore it. For example, Aragorn, the quintessential wanderer of uncivilized lands, returns to rejuvenate Gondor. The anti-heroes of American western mythologies, so aptly portrayed by the likes of Clint Eastwood, echo the theme of the one who walks the isolation of the desert, ironically returning virtue (since such men—not unlike a Gilgamesh or an Odysseus—are not obviously “good” from our twenty-first-century perspectives) to windswept, dusty, violence-torn towns when they reenter. And so many of our popular apocalyptic narratives—of the binge-worthy, Netflix variety—clearly echo this theme: a special someone must leave the metaphorical or literal walled community and venture out into chaos to overcome obstacles and destroy teeming ogres so that when he returns within the gates, the seeds of civilization—such as family, agriculture, architecture, health, learning, and creativity—may once again bloom.

It all points to Epiphany, the moment of conjunction between the City of Man and the City of God: Jesus is born outside the polis—outside not only civilized walls but beyond all norms of culture and also physicality because of the radical virgin birth. And the Magi go to welcome Him. In turn, Epiphany points to Lent and Crucifixion upon which Easter hinges: Jesus dies outside the city, on the desolation of Golgotha, in order that resurrection may occur. During the time in between, Jesus walked within our walls, along the same pathways we City of Man inhabitants daily tread.

This tightrope is a trial. There’s suffering in it. Walking this ambiguity requires, practices, and hones virtue . . . and from virtue come blessings not just to one’s self but to one’s community. Classical education as a means of virtue can equip students for this tightrope: to be able to leave the city walls and then to return within them bearing that which is good. This means, again as stories and histories attest, that such a life requires a tetheredness to both manifestations of the polis, that of man and that of God, and is filled with not only struggles but, often, hard sacrifices.

If what we envision for our classically educated students is a comfortable life with no risks, trials, or suffering, firmly entrenched in the successes the world promises such as safety, affluence, and societal embrace, then we need to understand that this isn’t what such education truly prepares them for (though many may attain those things). Rather, its high purpose is to prepare them for a life of virtue: being in the world but not of it, asking not too much of earth or heaven—being capable of stepping outside the polis and then stepping right back in again for the sake of the common good.