The following is a review of How to Innovate, translated by Armand D’Angour.

We’ve got Steve Jobs, Larry Page, and Jennifer Doudna. Why do we need Aristotle and a few more dusty throwbacks telling us how to innovate? What could they possibly teach us? By themselves, perhaps less than we might notice, let alone appreciate. But through the efforts of editor and translator Armand D’Angour, much indeed.

D’Angour, professor of Classics at Oxford, starts us off with a summary of what the ancients knew about innovation. “The creation of new ideas relies on a few basic principles,” he says, “notably, the adaptation of existing elements, the cross-fertilization of disparate entities, and the disruption of previous conditions.” In other words, iterating what you have, adding what you don’t, and breaking with old while building something new.

That sounds remarkably modern. If you don’t believe me, just compare it to the creative method outlined in psychologist Gary Klein’s Seeing What Others Don’t (2015) or a similar model in The Runaway Species (2017) by neuroscientist David Eagleman and artist Anthony Brandt. These models, and others like them, assume the same basic factors D’Angour finds in the classical authors: adapting the familiar, adopting the unfamiliar, and reworking select aspects of both to meet new challenges.

Lest there be any confusion, Aristotle did not write a self-help book on creativity somehow preserved and translated for modern eyes. D’Angour teases the above insight from five scattered texts he presents in the book, two by Aristotle, two by the Sicilian historian Diodorus Siculus, and another by Athenaeus of Naucratis.

In the second, Aristotle notes the benefits of innovation in disciplines such as the arts and medicine. If innovation improves one domain, shouldn’t we seek to innovate in all—or in all cases? The philosopher says no. It’s reasonable, for instance, to change outdated and backward laws. But, he says, “it is dangerous to become accustomed to casually abrogating the law. . . . People will gain less by making the change than they will lose by becoming accustomed to violating authority.”

D’Angour summarizes Aristotle: “The value of innovation differs depending on the domain in which it is applied.” Determining when to innovate requires discernment.

Through the remaining texts, D’Angour offers several additional insights of his own distilled from his sources. About the conditions for innovation, he says, “Innovations are made when people enjoy the freedom and resources to think creatively, when opportunities exist to disseminate ideas with ease and rapidity, and when personal, social, and financial incentives are present.”

Turning to a bit from Diodorus’s Library, D’Angour goes on to discuss the principle of disruption: “In creating change, there is value in thinking and acting in a way that does not follow the common trend but opposes it.”

Again inspired by Diodorus, this time from an excerpt of his History, D’Angour considers the benefits of competition: “Necessity, it is said, is the “mother of invention”; so perhaps competition could be called the father.”

Diodorus’s History offers a delightful if deadly example of competition in action. The fourth-century B.C. king of Syracuse, Dionysius I, needed help vanquishing fortified cities. Sieges were costly, though they could be averted with effective artillery. But how to develop the necessary technology?

Dionysius sponsored a contest. He convened the craftsmen of his own cities and lured others from Italy, Greece, and Carthage with financial incentives. The people, says Diodorus,

took up Dionysius’s project with enthusiasm, and they competed strenuously to manufacture weapons. All available spaces, from the porticos and back rooms of temples to gymnasia and the colonnades in the agora, were crowded with workmen. . . . And in fact it was at this period, with the most skilled craftsmen being concentrated in one place, that the catapult was invented in Syracuse.

Prizes were awarded for the most valuable innovations and painstaking effort. Such contests and incentives are commonplace today, but it’s striking to imagine the scheme working so well twenty-four hundred years ago.

Another thing I take from Diodorus’s account of competition is the heightened energy of creative people working in proximity. Think of the economics work of Richard Florida and Enrico Moretti or the many innovations at Bell Labs (see John Gertner’s 2012 book, The Idea Factory). The lesson is clear enough: If you want to be more innovative, you should live and work close to innovative people. D’Angour shows us we’ve known the benefits for a very long time.

We shouldn’t be surprised to find insights so modern in texts so ancient. Innovation, as anthropologist Agustín Fuentes reminds us in The Creative Spark (2017), is a human constant. We can, however, be grateful to D’Angour for the refreshing reminder. 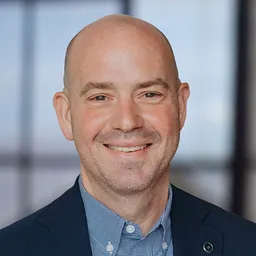 Joel J. Miller is chief content officer at Michael Hyatt & Company and cohosts the “Bad” Books of the Bible podcast. Find him online at MillersBookReview.Substack.com.