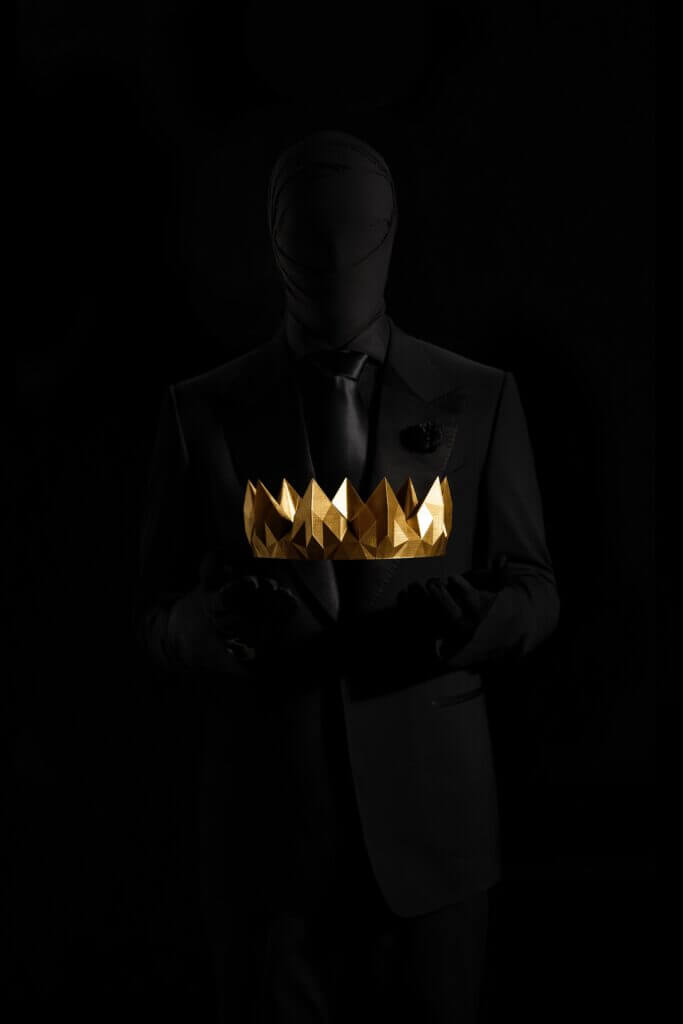 “Split down the middle. One half is sister, one half is Queen. A strange, hybrid creature, like a sphinx or Gamayun, as I am Ganesha, or Minotaur. We are half people, ripped from the pages of some bizarre mythology, the two sides within us, human and Crown, engaged in a fearful civil war which never ends, and which blights our every human transaction as brother, husband, sister, wife, mother. I understand the agony you feel and I am here to tell you it will never leave you. I will always be half king. My tragedy is that…. I have no Kingdom.”

In the Netflix tv show “The Crown,” the Duke of Windsor makes this startling statement to his niece, Elizabeth, who is forced to choose between duty and family. His description of the Monarch’s difficult dichotomy is as haunting as it is theologically relevant. For it is a dichotomy we all share: we are all half people, ripped from the pages of the one true myth and left in a bizarre, fallen state. We are indeed strange, hybrid creatures, with two sides within us. Human and Crown, or flesh and Spirit as St. Paul says, seek to control our everyday actions. Even the way we view our own actions and the actions of others is tainted, seen through a kaleidoscope of two competing, seemingly shattered lenses.

At times, when I am most earnest in my attempts to follow in Christ’s footsteps, I feel this “split down the middle” of which the Duke speaks. Paul himself says “I do not understand my own actions. For I do not do what I want, but I do the very thing I hate” (Romans 7:14-15, ESV). Two sides within battle for control, a seemingly never-ending war between Will and Wit. Every human transaction seems blighted by individual sin or needless general suffering.

But do we share in the Duke’s tragedy? Are we doomed to walk up and down the earth, going to and fro in life’s labyrinth like hapless, classically-minded monsters? Consider Christ and just how great a gift He provided in His life and death. While we do engage in a great civil war, it does end. The Kingdom of God is at hand, the agony and misery of this body of death will leave us, and we have a place within that Kingdom, by invitation no less.

Paul, chief of sinners, knew the battle well, as did the ancients before him. They, however, do not share in the consolation that Christ provides in His Life and Paul so poignantly explains in his epistles. The Duke speaks, not to the Christian, but to all who lived outside of Christ. He understands their torment and says it will never leave them. The virtuous pagans, placed by Dante outside of Inferno proper, exhibit this theological tragedy best: they, the crowning achievement of the human intellect, are filled with the agony of lost kingship without ever glimpsing the Kingdom they could sense, but never belong to. We, however, are not left at the gate of the new Garden. Unlike the Duke, snubbed by the Royal family at the Coronation, or the virtuous pagans left sighing in Limbo, we have been invited to the feast long before our King returns to claim His crown; we are given a place within it even before we enter the Kingdom proper, if we only accept.

If you too sense this “split down the middle” and feel as if each day’s effort can’t hold off your own veering from the straight way, take heart, for you recognize this internal war being waged within. Upon recognizing this conflict, you have just set foot upon the field of its last battle. While it may seem that the tempter is always on our shoulder and his temptations never give us any rest, his tragedy is that he has no kingdom with which to tempt us. Our triumph is that we have a Helper sent to aid us until that day of judgment between human and Crown, flesh and Spirit. Rejoice in that day soon to come, when we leave the wilderness and join Him in proclaiming the Kingdom of God is indeed at hand.