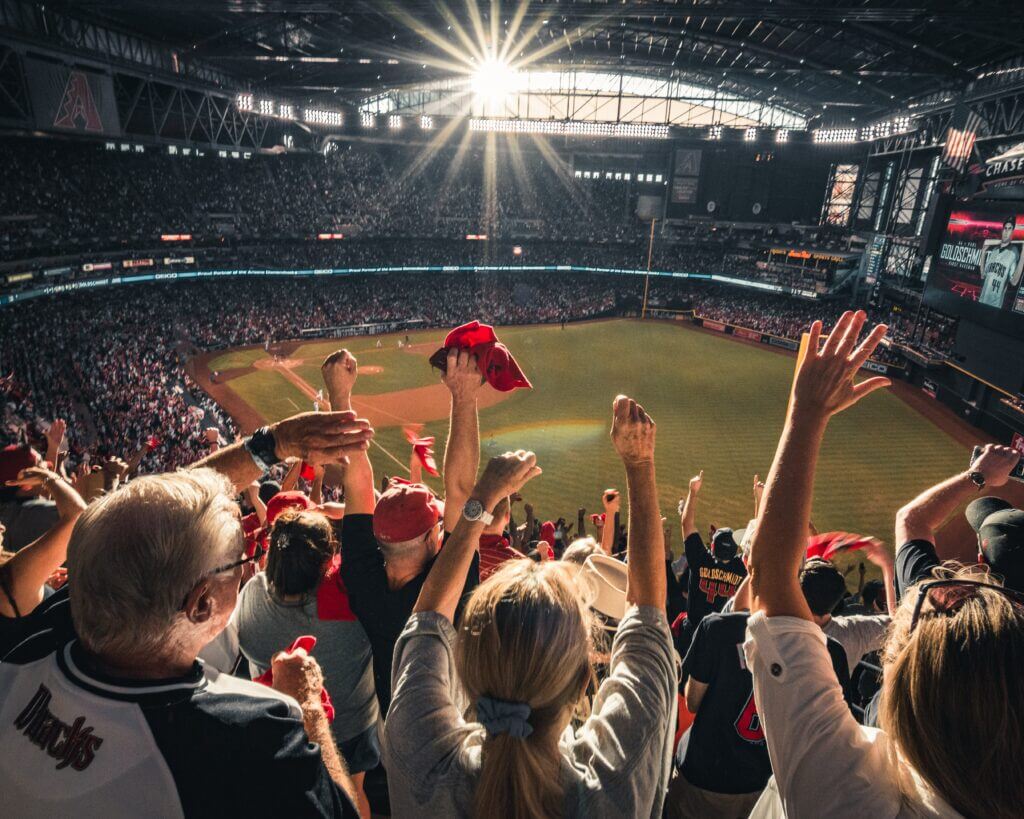 In a blog post about sports, let me first begin by quoting C.S. Lewis on textbooks.

“The very power of [textbook authors] depends on the fact that they are dealing with a boy: a boy who thinks he is ‘doing’ his ‘English prep’ and has no notion that ethics, theology, and politics are all at stake. It is not a theory they put into his mind, but an assumption, which ten years hence, its origin forgotten and its presence unconscious, will condition him to take one side in a controversy which he has never recognized as a controversy at all” (The Abolition of Man).

In this passage, C.S. Lewis reminds us that nothing is value-free. The English grammar textbook, which should itself be value-neutral, is actually introducing ethical, theological, and political values, all under the guise of English grammar, and thereby influencing who we are and what we think. Lewis argues that someday, down the road, the schoolboy will find that he holds a particular ethical, theological, or political position and won’t even know why. It will be some position he picked up in his English grammar classes and was never even aware of it. He will think it is a position he has always held and, therefore, must be right.

If the school textbook is influencing us in this way, how much more so the story? Every possible artifact we might consume, the story, the novel, the television show, the movie, the poem, the painting, everything is communicating a value, sometimes openly, sometimes covertly. There is no neutral ground. Thus, as we partake in those things, we must be vigilant. There is no study or entertainment we can partake in that is value neutral. There is no “rest” for us, for our minds, for our souls. In one podcast interview, Joshua Gibbs describes the power of storytelling (in movies) as the ability to get the eye of our soul to dilate wide and receive all that the story has to offer, and this dilation allows the soul to receive the message without an awareness that it is there at all.

To the extent that any one person has the awareness and strength to only ever participate in these things with the utmost vigilance, there is no great difficulty to overcome. Most people, however, cannot. We need some time to “let our guards down” and simply enjoy something beautiful and entertaining that life has to offer. If, though, everything carries with it a value and there is no neutral ground, how can we do that?

Fall brings with it the end of the baseball season and its championship series, the beginning of the basketball, hockey, and football seasons and their games. Soon, winter comes along, and Americans everywhere are hit with talk of the Superbowl. In Christian classical education circles, two groups emerge: those who love sports (or the festivities that come with the big games) and those who either dislike or don’t get “sportsball.”

As Andrew Kern once pointed out to me (and everyone else attending that talk), “Sports are important because they are not important.” Sports, whichever sport it is, is the one thing that really is value free. The pitcher facing the batter, the quarterback facing the defense, the point guard against the hand in his face, the goalie facing the puck, these are activities in which no value is being “snuck in.” The fan can genuinely let his guard down and enjoy the sport qua sport. Whereas in education, every recommendation to read or not read a book, view or not view a movie or television show, listen or not listen to a song, or even use or not use a textbook, carries with it the ramifications of whatever ethical, theological, or political value that artifact might be carrying within, in sports no such ramification exists. The fan can support his favorite team, his favorite player, his favorite sport and no such implication threatens.

It might be argued, though, that “sportsball” leads to tribalism. It may. It does. This tribalism, however, is not an unhealthy or divisive tribalism. With rare exceptions, a Yankees fan can marry a Red Sox fan. A Bulls fan can be friends with a Lakers fan. Fans are able to transcend their tribalism when it comes to friends and family in ways that religious and political tribemembers cannot. In fact, sports tribalism is an excellent training ground for how to approach life’s tribalism.

It might also be argued, moreover, that “sportsball” does have values intermixed within it. Sometimes players or teams cheat (I’m looking at you, Houston Astros), sometimes players or commentators make political (or ethical or theological) statements before, during, and after the game—something that seems to be happening more and more in our day. In each of these cases, though, the value is obvious. They aren’t being “snuck in” to a widely dilated soul. They are immediately recognized by the fan because they are immediately obvious as something otherwise foreign to the sport. The textbook author can ask the student to correct the grammar of a sentence that communicates a political value, and the student doesn’t realize the value he is learning, as his mind is focused on correcting the grammar. The fan, however, recognizes that Joe Buck is saying something that isn’t apropos to the game. The fan can recognize that a player is doing something that is “extra” to the game, and he can immediately discern its implications.

I am against “sportsball” because I am against the use of a term that minimizes the important role that sports play in our education and our communities, and I’m not even considering the role they play in character development for the athletes themselves. The human mind and soul need to rest, need to be able to “let their guards down” in ways that education and art do not really and fully allow. Sports allow us to rest without worry for the values they might sneak in. Sports provide a neutral ground. Sports are important because they are not important.

2 thoughts on “Against Sportsball”