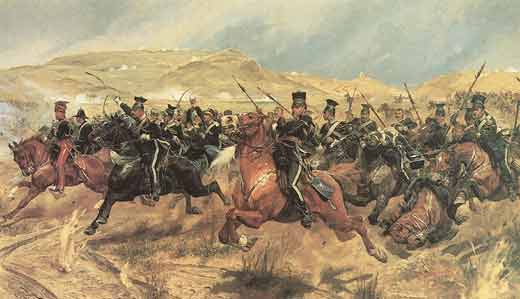 So starts one of the most famous poems in English Literature. Famous, yes, and these days debunked. What is the use in an old worn out Tennyson poem full of jingoistic and even dangerous sentiment?

If you don’t mind I would like to tell you. Forgive me if this turns a little weird and maybe maudlin. I have a fever.

Last month I did a workshop at the CiRCE Conference. In preparation I went over years and years of Morning Time (homeschool home room?) papers and thought quite a bit about the hours and hours of Morning Time I have spent with my family. I have already mentioned that several times on my blog and will probably be mentioning it again here.

I made a couple of points during my talk that made me wonder if I wasn’t romanticizing the whole thing. Yes, I made myself wonder. One point I made was that I don’t worry if my children don’t memorize everything word perfect. This does not mean we don’t strive for that goal but over the years I noticed that some children naturally memorize very quickly and some children don’t. Is there some value in memorization when memory fails? It seemed to me that there was.

When I got home from CiRCE I asked one of my sons, who struggled with memorization, if he ever used the stuff we worked on in Morning Time. He said that he had learned to retrieve it from his mind when he was training to run a marathon a few years ago. He said he was running with his oldest brother and noticed how Timothy quoted Bible verses, poems and songs while pushing through a run. Benjamin said, “I don’t remember all the words but I especially like to say the poem about ‘half a league, half a league’ and ‘theirs not to not to make reply.'” So we began quoting it together and he did pretty well.

You might think this is a pretty poor showing for years and years of memory work but then again Dorothy Sayers claims that in spite of years of Latin she didn’t really know the language. What was the use of that? What I mean is, if you can’t assess something then there must not be any value in it, right?

And yet, at least two of my sons quoted Tennyson when running marathons and Dorothy Sayers created Lord Peter Wimsey, the perfect man 🙂

You may have noticed that I put The Charge of the Light Brigade on my current MT sheet to-be-memorized. It seemed to me that it was an important part of the growing up years of my older boys and should also be that for my younger ones.

And then something else happened which made me love Tennyson and his poetry. I have a bit of an addiction to BBC television shows and Amazon Prime

and the reviews were good. In one episode a British laborer is injured while putting others first in a life threatening situation. He is a hero but he loses both legs. While dealing with the pain this very uneducated man starts trying to say The Charge of the Light Brigade and the nurse joins in and being a bit feverish so do I (and not without tears) and all the while I am thinking, “That’s what I am talking about.” That is why I have MT!!

That is a romantic story and The Charge of the Light Brigade is a romantic poem and I have, indeed, romanticized Morning Time. And that, my friend, is the point.

There is not a poem in the world that is easier to debunk than The Charge of the Light Brigade. We can tear down its rhyme scheme, its structure, its poet, its last verse, its romanticized view of a terrible thing that happened during the Crimean War, and its entire Victorian view of everything.

We could do that. That’s how it’s done these days-poetry.

But then how would our children grow up to run marathons or climb Mt. Everest or deal with the pain of losing both legs or chose to put others first for no good reason?

It is all about honor and that is something the British poets do very well. Poetry is the perfect vehicle for teaching honor, IF we just let the poetry do its own work in its own time. Entire nations have been born that way. Maybe even most nations.

Half a league onward,

All in the valley of Death

Charge for the guns’ he said:

Into the valley of Death

Was there a man dismay’d ?

Not tho’ the soldier knew

Theirs not to make reply,

Theirs not to reason why,

Into the valley of Death

Cannon to right of them,

Cannon to left of them,

Cannon in front of them

Storm’d at with shot and shell,

Boldly they rode and well,

Into the jaws of Death,

Into the mouth of Hell

Flash’d all their sabres bare,

Flash’d as they turn’d in air

Charging an army while

All the world wonder’d:

Right thro’ the line they broke;

Then they rode back, but not

Not the six hundred.

Cannon to right of them,

Cannon to left of them,

Storm’d at with shot and shell,

They that had fought so well

Came thro’ the jaws of Death,

Back from the mouth of Hell,

All that was left of them,

When can their glory fade?

O the wild charge they made!

All the world wonder’d.

Honour the charge they made!

Note: Cindy originally ran this article on her blog. You should check it out.