A Contemplation of Creation: Notes on Preparing/Reading 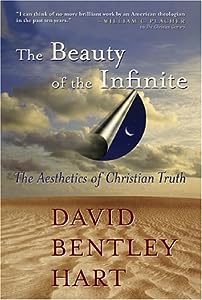 On July 19-21 the CiRCE community will meet in Louisville, KY for a three day Contemplation of Creation. Will you join us?

As I begin preparations for my opening talk, one of my first questions is what to read to prepare. Another is what to recommend to others.

You, my dear and gentle readers, often ask for books to read in preparation. Here is what I’m thinking:

I’ll list some books I plan on meditating on over the next year. If you have suggestions, I’d like to hear them (and so, I think, would other “CiRCE people”). I can’t promise I’ll be able to read very many suggestions (you’d be pretty disappointed to know how little I’m able to read), but I’ll do my best.

For this reason, I intend to read as much of Wendell Berry’s work as I possibly can. At the apprenticeship we read Standing By Words, which unfolds the creative act like very few other books.

Standing By Words will probably be read, if western civilization survives another three hundred years, three hundred years from now, along with Sidney’s Defense of Poesy, Shelley’s Defense of Poetry, and very few other works. Look for the occasional outburst from me here on the blog when I can’t contain the joy his work gives me – or the despair into which it throws my wannabepoet side.

I hope and plan to do another workshop in which we discuss a great book, as I did with Hamlet this year. I’ve been asking myself, is there a play by Shakespeare that deals with this matter of creation in both senses of the word that we could discuss at next summer’s conference. And I think I know one.

I know: What a surprise.

But I want some feedback from you Bardolators. Are there other plays by his imperial majesty of the word that deal with creation and creation even more exquisitely?

I have a very strong inclination to stay with the Prince of Denmark, but I haven’t closed down the other options yet. Let me know what you think.

In Mortimer Adler’s book Aristotle for Everybody, he has two sections called “Man the Maker” and “Man the Doer.” Because Adler is able to make difficult thought relatively easy (to paraphrase the book’s subtitle), I will review this section.

Because I have come to believe that memory and recollection are the foundations of creativity (Mnemosyne is the mother of the Muses) I sincerely hope to closely read The Book of Memory by Mary Carruthers. In this case, I want to read the whole thing, which will be an undergraduate education in itself.

She wrote another book called The Craft of Thought, which I am also interested in pursuing.

The more I look, the more convinced I am that creativity is fundamentally a religious impulse. ISI published a book by William Lynch a few years back called Christ and Apollo: Dimensions of the Literary Imagination. I’ve glanced at it from time to time in the past, but something tells me I need to read it now. I’m sure you can still get it from ISI if it interests you.

My dear friend Andrew Pudewa gave me a copy of Chance or the Dance, which I have read in short meditative spurts. I might try to do something unusual and read the whole thing over the next year. In any case, I’ll certainly have it nearby.

Because I am increasingly devoted to the principle and activity of mimesis, I want to study it quite closely over the next years. Mimesis, to my understanding, is almost synonymous with Christian understandings of creativity. Therefore, I intend to read one of my favorite obscure books called Sidney and Spenser: The Poet as Maker, by S.K. Henninger, Jr., which is really a history of the concept of mimesis, leading up to and including Edmund Spenser and his Faerie Queen and Philip Sidney’s poetry and especially his Defense of Poesy.

Other books I’ll have near by to glance at when I can include Lewis’s works on creativity, especially On Stories, The Discarded Image, and The World’s Last Night and other essays, Aristotle’s Poetics, Plato’s Republic 4 and 10, Thaeatetus, and Gorgias, Tolkien’s Leaf by Niggle, Elliott’s Christianity and Culture, Northrop Frye’s Anatomy of Criticism, and whatever else pops up.

And then there are the immortals: St. John of Damascus, St. Gregory Nazianzus, St. Basil the Great, and St. Maximos the Confessor. If I can raise my thoughts to the hem of their mental and spiritual garments I will be blessed and more of a blessing to others.

I hope finally to get to read Stratford Caldecott’s Beauty for Truth’s Sake: On the Re-enchantment of Education. I’ve heard it discussed and I’ve had it on my shelf, but I simply haven’t been able to get to it yet (though I’ve idled with it, my hands flipping pages and my mind being aroused by a thought here and there). I also highly recommend Mr. Caldecott’s blog.

The Beauty of the Infinite: The Aesthetics of Christian Truth, by David Bentley Hart is a tough read but has to do with the relationship between the soul and the world that I hope to explore as well. Aesthetics is obviously related to creation, right? It also relates to everything else, for reasons I’ll be exploring over the next few months.

At the conference on Man, I complained about what I called the Great Reduction. I just picked up a book by Hans Urs Von Balthasar that belongs to my son, David, called Love Alone is Credible. What a great title! Then I opened it and saw the title to the first chapter: The Cosmological Reduction. And the second: The Anthropological Reduction.

These are two sides of the great reduction and illustrate what Solomon meant when he said that “The fear of God is the beginning of knowledge.” We can’t know man or the world if we don’t fear God. I’ll be exploring this book too.

As I write, I’m reading the second chapter in Bishop Kallistos Ware’s The Orthodox Way, an elegantly simple and profound meditation on the basic teachings of the church from the earliest times. The chapter is called God the Creator. You have and/or will see quotations fromt this book on Facebook and here.

Finally, though I doubt I’ll be able to get to this, I’ve had a strong inclination to read Gulliver’s Travels and other responses to the real silliness of the Enlightenment, which utterly and completely altered western man’s understanding of and relation to the creation.

Can somebody do a presentation on that alteration? I’d love to learn more detail.

As I prepare, I’ll throw thoughts up from time to time. It might make my opening session boring for you, but there it is.

Well, those are some thoughts on how I’ll prepare for next year’s conference. I hope you’ll join me!