On Choosing to Be 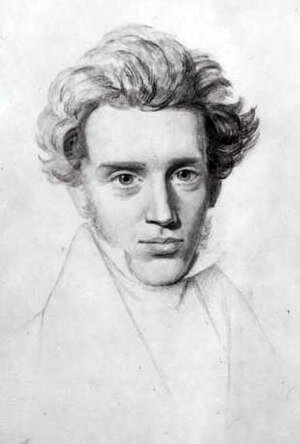 Last night my good friend and former student Matt Johnson stopped by for the evening and offered me the pleasure of catching up on his thinking and challenging my thoughts on life, the universe, and All That.

I think I have a learning disability that makes me able to learn only by discussing ideas with other people, which is probably why I write as much as I do on this blog even on my days off.

Be that as it may, Matthew’s willingness to explore ideas brought me closer to clarity on a couple things, and I’m hoping I can preserve both of them by writing here. I also want to thank Matt for giving me his evening.

Let me just state the first thought, and then see if I can develop it intelligently. The act of creation is an act of limitation. Things come into being when they are limited. Things that try to exist without limitation (only humans, so far as I can tell) destroy themselves and things that people try to make without limitations don’t exist.

In fact, following an insight by Kierkegaard, we create ourselves by making choices. Every choice limits us, any by doing so makes us into something.

When I chose to blog this morning, I turned myself into a person who would blog under the present circumstances. The details, of course, are what made the choice meaningful.

What Kierkegaard called the aesthete is the person who avoids making choices, always trying to live the unlimited life of a TV sitcom or a car commercial. Of course, to try to live that life forces one into a denial of consciousness and therefore leads to the undermining of one’s soul and its bond to reality. In failing to choose, one fails to choose oneself. The end is despair.

Sometimes we make choices and want to unchoose them. This cannot be done. You can realize that a choice was wrong, but the attempt to return to the state you were in before you made the choice is impossible because you are no longer the same person. You can’t go back to the Garden of Eden, to virginity, etc.

On the surface, it would seem that this is an unwelcome idea in an age determined to live free of all limits. However, that is only true on the surface, on the level of marketing and “rhetoric.”

In reality, the soul that embraces this rather obvious truth grows up and finds interior rest. One of the great anxieties of undergraduate studies, for example, is choosing a major that the student can live with. But once the commitment is made and internalized, a focus and a maturity enters the young student’s soul. Later on, the commitment will be tested. If the student perseveres, it isn’t the major that will have been chosen but the mature self.

Kierkegaard called the person who escapes the childishness of the aesthetic realm by self-limiting/self-creating choices, the ethical person.

In an information age like ours, this is a particularly necessary insight. Information is, practically, unlimited. Definition, the key to wisdom, is the act of limiting. To define is to limit (finite; define; definite – all in the same meaning group).

The mental habit of setting and living within limits, easy and natural for most of human history, the principle of maturity and self-creation, is undercut by information technology. That is why information overload makes us less mature as thinkers.

Choose Life. It’s the only way you can have one.