How to Destroy Your Memory 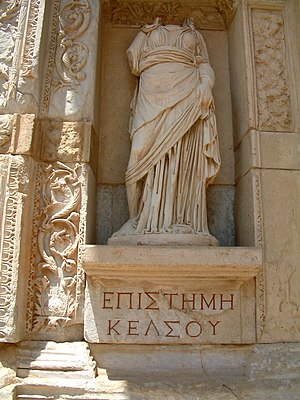 “My people are destroyed for lack of knowledge.”

In the classical tradition, memory has always been a big deal for more reasons than I can enumerate, but here are a few:

1. Classical culture (Christian or Hellenistic) values the spoken word, so it likes to have something to say when it speaks. It’s awkward to have to look things up every time you want to say something.

2. The classical mind (Christian or Hellenistic) believes in a knowable world, so it wants to know it. In fact, it believes that the structure of reality is attainable by the human mind. Since it values knowledge, it emphasizes getting and keeping it.

3. The classical mind (Christian or Hellenistic) respects and wants to develop human nature. If a faculty is human it is good and should be cultivated. To the Christian, this is how we glorify the God in whose image we are created. Memory is a human faculty, so it should be cultivated.

The teacher’s colleges have overturned that worldview and base their teaching methods on one of two commitments. First option: you construct your own reality and the function of the teacher is to help you do that. Second option: you need to know some things to succeed in our culture, so the teacher’s role is to pass that knowledge on to you.

The first option is a modern form of gnosticism and sophism, and is weighed down by irresponsibility, impracticality, and internal contradictions. It is the Progressive option, expounded by Dewey and implemented sporadically and mostly as a virus into the American school and thus soul.

The second option is traditional education and is much closer to the truth. However, it still is not driven by truth, but by utility (i.e. power).

Christian classical education is built on a threefold foundation:

3. Known truth can be communicated

When you don’t believe that truth is, but that what is true for you is true for you (which means there is no truth, but only what works for you), then you will stop nurturing the faculties that enable your students to seek and know the truth.

Among the first to go will be the faculty of memory. How very interesting that in the image to the right, a statue of “knowledge” at the library in Ephesus, the head is missing.

Memorizing will, first, simply be neglected. Since any neglected faculty atrophies, students will (probably never) discover that they can’t remember or order facts because doing so was never emphasized.

Memory rests on the habit of attentiveness, so when the memory is neglected, the next thing to go is the capacity to pay attention. This begins a downward spiral that makes people highly dependent on external stimuli and internal chemicals to function in the world of reality.

After a while, memory will go from being neglected to being resented. It will be attacked as “rote memory,” condemned as imperialistic, white supremacist, and other silly cultural slanders.

Thus a people who don’t value knowledge will (probably never) discover that they have lost the ability to remember what is not immediately useful or necessary and also to pay attention. Because they do not value knowledge, they won’t get it. They’ll even develop sophisticated philosophies called Utilitarianism and Pragmatism and Logical Positivism that demonstrate to themselves that there never was any knowledge for them to miss out on anyway.

Mnemosyne was the mother of the Muses, the goddesses of learning, from whom we get the word “music.” Her name means memory.

Memory, in other words, is the mother of learning. Fail to cultivate your memory and you can never become learned. But forget being learned. You can never even become very human. Most 19th century farmhands had a better memory than most 21st century high school graduates, if for no other reason than they stayed closer to reality.

So the first step in destroying your memory is philosophical: put utility over truth, practicality over knowledge, and (personal) experience over tradition (the experience of a people).

The second step is to live as if memory is not a big deal. Read lots of books quickly. Learn things so you can pass a test. Don’t incorporate lessons from former years or other classes.

The third stop is to exalt memory too high. Don’t memorize things so you can think about and talk about them. Memorize for performance, not for reflection. Ironically, by giving it too high a place, you treat it as though it isn’t important.

Memory is not an end in itself, so to treat it as though it is has the ironic effect of diminishing it. Memory is the servant to wisdom. Wisdom exalts memory far beyond anything Memory can do for herself. When Wisdom rules, Memory is the Queen Mother. When Wisdom is overthrown, Memory becomes the court jester.

Give memory its exalted place: as servant to wisdom and therefore not to be neglected. Train your students’ memory and your own, mostly naturally, not artistically. Simply demand that students learn things, retain the knowledge gained, and integrate it into higher levels of knowledge as they mature.

Memory is the mother of learning. If you want your students to love learning, they must befriend her mother.

Attention is her father. They should meet him too – and Memory is happy to make the introduction.

A final thought: the reason I am what one might call a Christian humanist is because I don’t think you can justly ignore the effects of a philosophy on the development of the human faculties. Because we are made to live in this world, the truth will make living in it easier.

Direct scientific evidence collected within the naturalistic worldview makes a strong case for adaptation, if not speciation, but if we apply Dewey’s interpretation of Darwinism to education, the human faculties atrophy and people become less self-controlled, less self-determined, less free, and less intelligent. This may well be a scientifically demonstrable hypothesis, though it would be horribly difficult to control all the variables. But it can be easily seen from a sound philosophical or even ethical stance.

My point is that you can’t demean the significance of a theory’s impact on human development. Within the Christian classical worldview, reality and the human spirit align. Truth is good for the human soul. Within the naturalistic worldview, there is no necessary connection between ethics and science. In fact, the two are very much in conflict.

If I get the time I will try to show how the whole structure of naturalism collapses under that reality. The basic point is that the human mind that is trying to know nature is not capable of doing so from a naturalistic perspective. Mind and world don’t correspond. Truth is not real, but if it is, it is not knowable. If it is knowable, it is certainly not communicable. Pragmatism fails to meet its own standards.

So the words of Hosea the prophet are fulfilled: “My people are destroyed [beginning with their memories] for lack of knowledge.” It’s a destruction that eats away at the human soul, spirit, body, and culture – one faculty, one experience, one sentiment at a time.

What are you doing to prevent the abolition of man in your school and home?