Enchanting the Soul With Words 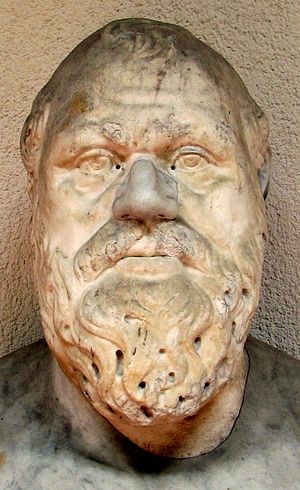 Plato’s Phaedrus is a rather short dialogue about rhetoric and speech making. After giving us three model speeches, Socrates and his young friend Phaedrus discuss the speeches and draw some conclusions about what makes for a good rhetorician.

One point stands out: Socrates argues that the orator leads the soul.

Stated thus, he has raised the ante compared to the normal definition. For example, Aristotle, in his handbook, argued that rhetoric is the art of persuasion. This can be taken in a very full or a very mechanical way.

In another place in The Phaedrus, Socrates presents the common definition, though with a characteristic twist, when he says, “Is not rhetoric, taken generally, a universal art of enchanting the mind by arguments.”

Notice the use of the word mind instead of soul.

To my mind, that is the difference between the more philosophical rhetoric of Socrates/Plato and the more sophistic rhetoric of conventional programs.

Socrates argues that the rhetorician’s first task is not to learn tricks and techniques, but to discover the nature of the soul. Why? Because its goal is not merely to persuade, but to “plant the conviction or virtue which you desire.”

Fascinating. A conviction, to Socrates, is not merely a calculated conclusion but a fruit borne in the soul. And virtue can be planted, he suggests, through speech.

“Oratory is the art of enchanting the soul,” he says later on, so he ends his dialogue with a prayer:

Give me beauty in the inward soul; and may the outward and inward man be at one. May I reckon the wise to be wealthy, and may I have such a quantity of gold as a temperate man and he only can bear and carry.