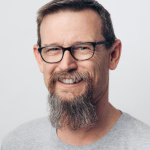 *This class has already started but you can still sign up until January 23rd.

Can’t make it live? All sessions will be recorded and available in a Canvas classroom.

As teachers in the classical renewal, we’ve grown to love a pedagogy known as “Socratic teaching” and then, at a certain point, we realize we have not read many, if any, of Plato’s dialogues. So, we start reading Plato and discover that the source of our beloved pedagogy is not quite who we’d thought he’d be.
We’ve learned to ask lots of questions, which lines up with the real Socrates. He certainly asks lots of questions, but he also talks a lot—a lot more than we think we are supposed to when teaching. Also, we’ve learned to ask open-ended, generative questions, and he does that, too, but he also clearly has a goal in mind. Plato’s dialogues are not conversations for conversations’ sake.

Then, we notice something else. Frequently, those great questions receive no definitive answers. It appears Socrates and his interlocutors are seeking definitions of terms and by the last page of the dialogue, they’ve arrived at no conclusive definitions. This can be quite frustrating for teachers to discover since this man and his approach are supposedly the fountainhead of our beloved pedagogy. The actual Socrates can be disappointingly less than we’d expected him to be. I mean, surely our goal as teachers is to lead the students toward good answers and not just good questions, but Socrates does not seem to do that.

These frustrating Socratic dialogues have been coined ‘aporetic’ dialogues from the Greek term meaning, ‘waylessness’ or ‘cul de sac’ and at the end of one it may certainly feel like you’ve reached nothing but a dead-end. But what if that is not the case at all? What if you thought Socrates was going to tell you everything you needed to know, but instead, he has shown you something you were not expecting? In fact, you were not expecting it enough to struggle to see it at all. Perhaps we are looking for our answers to Socrates’ questions in the words spoken to the exception of the people speaking those words.

In this six-week series, we will read three of Plato’s aporetic dialogues aloud together and consider what we learn if we follow the words to a place beyond the words—to a place where the words lead us: the people who speak them.

2. Plato’s Charmides – What is temperance?

The series begins with two shorter, aporetic dialogues to get warmed up, then spends the remaining four weeks in the Meno dialogue. The Meno begins as an aporetic dialogue, then shifts gears to an attempt to answer the question at hand through hypothesis. Does this work? We will see.