When Is A Standing Ovation Warranted? 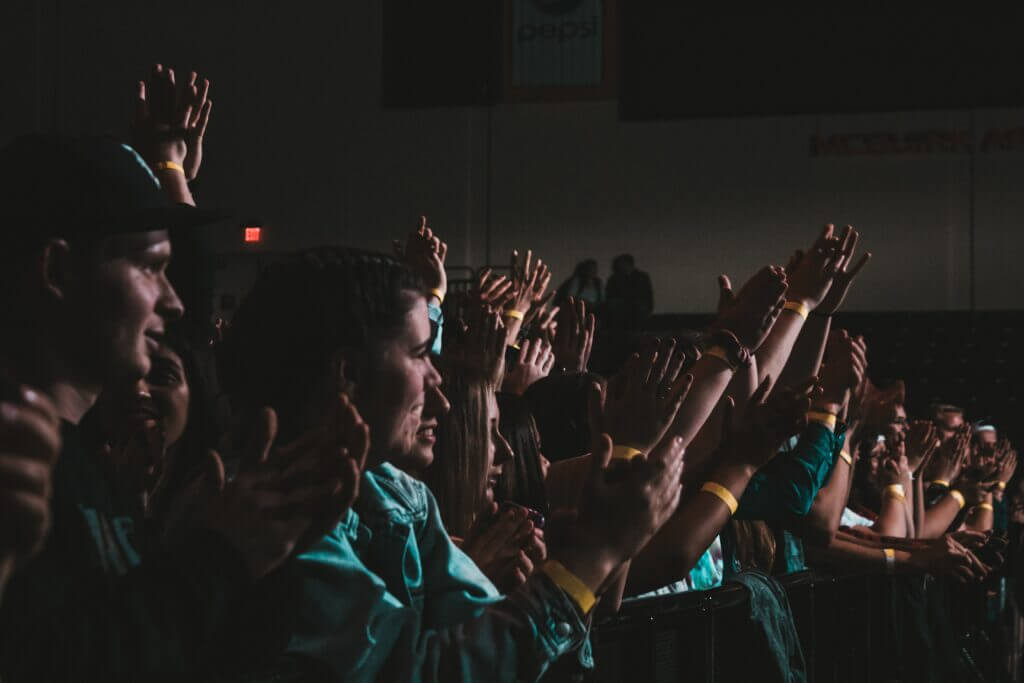 Americans are an overpraised people. The excess of praise in the average American’s life begins quite young, for not only do we give medals for twelfth place in youth soccer leagues, there are also graduation ceremonies which conclude kindergarten and sixth grade (and eighth grade), three or four levels to the school honor roll, participation ribbons, non-participation ribbons, and the sort of good old-fashioned grade inflation which now ensures every last student in this country is well above average. It has also become de rigueur in the last decade to reply “Good question” to anyone who asks a question, as though showing a modicum of interest in the subject at hand warrants a little verbal trophy.

But of all the irritating habits that Americans have developed so far as needless praise is concerned, there is probably none worse than the desire to turn every ovation into a standing ovation. This habit is especially pernicious in high schools, for in the same way little children are thrilled to push the button which summons the elevator, teenagers are thrilled to be the first to stand during applause. It is a small, but amusing way of exerting control over the world, because once one person stands to applaud, there is a high chance everyone will end up standing. At the same time, if some teacher from Kentucky or Maine wrote to inform me that—at their school, at least—it was usually a teacher who began a needless standing ovation, I wouldn’t argue. The unnecessary standing ovation might just as much be a sentimental problem as an adolescent one and sentimentality is a thoroughly fortysomething fault.

Of course, at this point I have likely said enough to offend sentimental readers, for what in the world could make a standing ovation needless? Does a standing ovation not justify itself? If the audience feels like standing, what sort of curmudgeon would possibly object?

The sort of curmudgeon who regularly deals with fragile children who have been chronically overpraised, that’s who.

The standing ovation is now thought an allowable response to any sort of performance or announcement, regardless of the difficulty of the selection or the ambition of the performer. The unnecessary standing ovation is not a singular problem but a symptom of a culture which thinks it is snobbish to differentiate between high and low art, or between adult pleasures and youthful ones. Thus our culture composes (and greedily consumes) think-pieces on comic books, as though Marvel and Milton are basically doing the same thing. We flavor beer with breakfast cereal, sell action figures to grown men, conflate pets with children, and afford adults too many reasons to play dress-up. The idea that some performances are not lofty enough to warrant a standing ovation is accordingly thought old-fashioned, patriarchal, and hopelessly pretentious. The idea that some kinds of art are more glorious than others brings transcendence into the conversation, and transcendence implies moral responsibilities which are indifferent to our feelings.

Is this really a big deal, though? you ask. Does the average school not have bigger issues to deal with than policing applause? Of course. In the life of a school, the unnecessary standing ovation is certainly not as big a deal as the dress code, or the necessity of a detention hall, or the need to purge the high school theology curriculum of everything which isn’t old and venerable.

And yet, the problem of the needless standing ovation could be dealt with cheaply, painlessly, and quickly, which is not true of bigger problems. At the beginning of the year, a school ought to lay out a few rules which govern crowd decorum at assemblies, recitals, and all other public performances. If you have a persistent cough, excuse yourself. Do not bring a water bottle to an assembly because you will knock it loudly onto the floor. Do not chat with your neighbor during a lecture. And reserve a standing ovation for formal occasions in which a grand artistic work has been accomplished.

A standing ovation is not warranted at the conclusion of a senior thesis presentation, or a choral performance of “Hey Jude,” or an elementary school performance of “Jack and the Bean Stalk,” or the announcement that a certain junior made the all-conference team, or that a certain senior was accepted at Liberty. On the other hand, if the school choir performs the entirety of Mozart’s Requiem, a standing ovation is entirely appropriate. If the school drama club puts on Shakespeare or Sophocles, a standing ovation is just fine. For less ambitious works, though, thunderous applause is more than sufficient.

In other words, there ought to be some objective standard for what deserves a standing ovation. Obviously, not every rendition of Mozart’s Requiem warrants a standing ovation, and so the audience which sits through a performance of some great work of art must also decide whether the performance itself was also great. However, when the standing ovation is thought permissible for any and every performance which wins the heart of the audience—even a lot of first graders doing “Twinkle, Twinkle, Little Star”—the performers are likely to be disappointed and even insulted in the future when a more reasonable audience offers more modest praise. Great praise ought to be reserved for great performances of great art, which is a difficult lesson for the audience to learn, as well. If the standing ovation is reserved for Hamlet and Beethoven, the theatergoer who only enjoys new works must admit to himself that he doesn’t have taste which is good enough to stand for anything. And yet, his desire to stand for something may drive him to develop better taste and thus help keep classics alive.

The ease with which we now offer a standing ovation is proof we believe art to be more about our feelings than about objective, transcendent goodness. We stand to applaud because we feel like it, because it feels good, and because our desire to praise something ostentatiously is proof enough we should. However, in a society wherein the standing ovation is reserved for lofty performances which aim for majesty and courage, the performers are less apt to think of themselves more highly (or more lowly) than they ought. While it is pleasant to give praise, giving too much praise ultimately harms both the giver and receiver of the praise. The flatterer creates false images of those he claims to love, while the flattered attempt to embody those false images and crash like Icarus. Children who are praised too much do not easily accept correction (and neither do their parents). They readily judge others stingy, miserly, and hold their own good feelings hostage when others offer honest feedback.

However, a more objective standard for greatness teaches the audience there is something beyond feelings, thus the theater becomes a place where the audience can have their hearts corrected and refined. What is more, a real standard for greatness teaches performers there is something more important than human praise—a truth which will inspire them to craft performances which are ever more worthy of a standing ovation.