What The Harry Potter Series Gets Right About Education 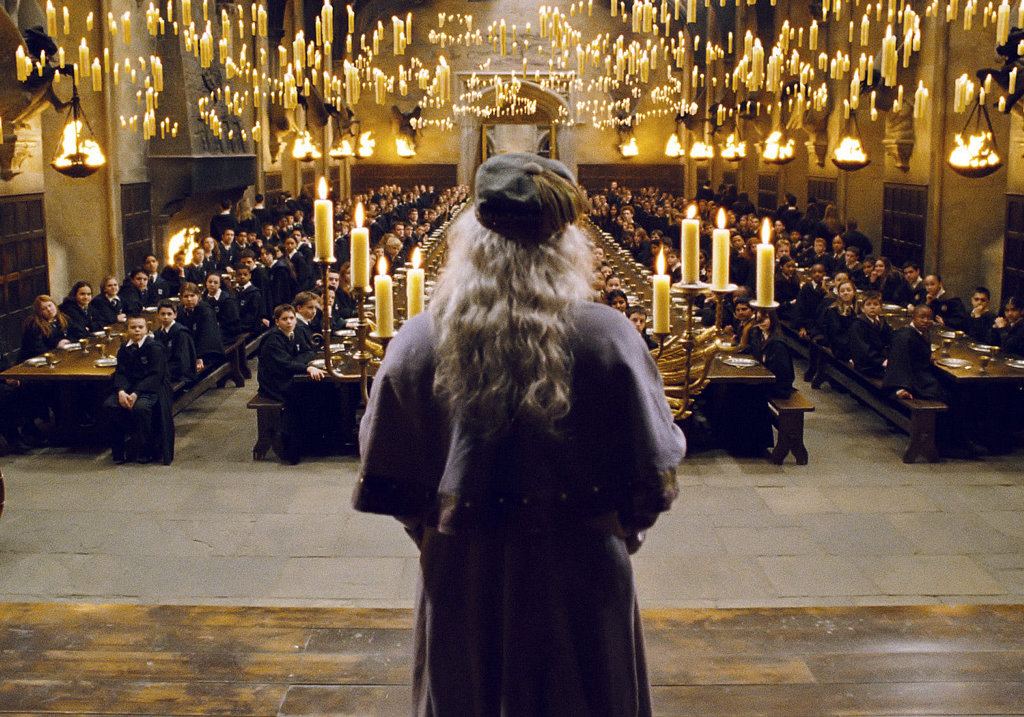 As a teacher, writing an article about what the Harry Potter series gets right about education is a somewhat risky move. At very least, it is a move far more likely to please students than fellow educators, because the series is a fair representation of private schools, warts and all. While the series falls squarely in the fantasy genre, I have always been drawn to the accuracy of Rowling’s depiction of staff, faculty, students, the school building itself, and the Byzantine relationship which binds them all together. This relationship is the backdrop upon which all the magic and adventure plays out, but magic is quite common in young adult literature and very few books about magic are as wildly popular as the Harry Potter franchise. I believe a good deal of that popularity owes to the fact that the series reaches nearly conspiratorial levels of honesty when depicting school life. The magic is all the more real when everything underneath the magic feels real, too. If the magic requires a suspension of our disbelief, Dumbledore and Draco and Dolores Umbridge do not.

Before going further, I will admit that I have seen the Harry Potter film series too many times to count (I am writing this essay as part of a series on film and education), but that I have only read part of the book series. For a certain kind of fan of the books, this admission will entirely discount the rest of what I have to say (which isn’t entirely unfair). For everyone else, though, I would like to offer an itemized look at just a handful of truths—some quite dangerous—which the Harry Potter films get quite right about education.

Draco Malfoy/ The Malfoy Family: Every school has one kid, usually a boy, who should have been kicked out years ago, and whose ongoing presence at the school is something of a mystery to everyone. Teachers can’t stand this kid, but he more often escapes punishment than not. This kid isn’t a nobody but comes from a family which is unusual in some way. “Unusual” may mean “board member’s kid,” but not necessarily, and it is the unusualness of the family which—come to think of it—actually makes his ongoing presence at the school nothing of a mystery. I am yet to find anyone who thinks Draco Malfoy’s continued enrollment at Hogwarts “unbelievable.” Rather, the Malfoy family is no less necessary to a fair depiction of a private school than uniforms and a front door.

Hermione Granger: In most stories set in school, Hermione Granger would be a character to be mocked and laughed at, perhaps even a villain who looked down on less diligent students. She’s a cookie cutter Little Miss Perfect who’s one B+ away from a nervous breakdown. Most high school heroes are more like her untucked slacker boyfriend, Ron. However, the fact that Hermione is prim and studious doesn’t make her dull, and neither is she a coward or a tattletale. There are two kinds of know-it-alls, the sort you don’t want on your team and the sort you do, and Hermione is clearly the latter. This is what the series gets right about Hermione. She’s a fair representation of what most experienced teachers want in a student, not only because they make the job of the teacher easier, but because their diligence makes them reliable, dependable, and capable of great things.

Sybil Trelawny/Minerva McGonagall: On paper, these two old ladies look similar. In reality, they’re about as different as they get. Sybil is kooky, ridiculous, and largely incompetent. She’s the sort of teacher whom students know to be incompetent from day one, but whose incompetence never rises to the level of administrative notice, and so she just hangs around the school indefinitely, never really accomplishing anything, but never screwing up badly enough to get fired. Of all the hundreds of students she has ever taught, absolutely none would claim her as their “favorite.” She is not a bad person, but teaching is an art which requires some talent, and Sybil has absolutely none. Zilch. By the time the administration realizes this, it’s too late. They just have to wait until she retires. She is an annoyance to older, competent teachers, like Minerva McGonagall, who is nobody’s favorite teacher now, but whose care and competence make her many student’s favorite teacher twenty years after graduation.

Gilderoy Lockhart: Like every business and industry, education is not without its self-aggrandizing celebrity nitwits who are all theory, little ability, and who won’t shut up about their own books.

Hogwarts: Hogwarts makes everything more interesting. School makes everything more interesting—for teachers, for students, for everybody involved. Outside of Hogwarts, the story drags a bit. Sure, life is more pleasant outside of school, but pleasant is one thing and interesting is another. The division I’m making is not between school and real life, because real life carries on at school. However, school superimposes odd ceremonies and systems of decorum onto real life, sort of like a royal court. Schools create little hierarchies, some disposable and some permanent, which—once understood—can be finessed and climbed or circumnavigated.

The social ecosystem of a school is, for students and teachers, highly complex and effervescent. The first year a freshmen or sophomore (or teacher) spends at a new school involves learning this ecosystem: finding out who’s in charge, who’s really in charge, where circles of influence begin and end, who can be trusted, who’s a stickler for the rules, which rules really matter, which rules are just for show. At a school, there’s a lot going on behind closed doors and everybody knows it—and I don’t mean for that to sound melodramatic or cynical. There’s a lot that goes on behind closed doors for entirely noble and righteous reasons, though it’s still nervy to figure out what exactly. Teachers get fired, students get expelled, and no one exactly knows why. Some changes occur suddenly. And all this goes on not just at schools like Hogwarts, but at schools called Trinity Christian with 82 students in the Middle-of-Nowhere, Texas. Most movies which feature high school students completely miss just how much drama schools adds to the average Tuesday. Hogwarts makes the story more interesting, though. When Harry and Hermione and Ron are capering around the school, narrowly escaping trouble, finding odd nooks where they can forge new secrets, the viewer isn’t thinking, “I can’t wait until there are more scenes where they’re all back in London.” Rather, the events at Hogwarts are what really matter.

Dumbledore: The relationship between Dumbledore and Harry continually reasserts a truth which only the cleverest students pick up on: their teachers cannot tell them everything. They’re either not allowed to tell them everything, or it would do them more harm than good to know, or they can’t tell them everything just yet. They cannot simply divulge all they have seen, all they know, all they believe, all they intend to do. Teachers dodge certain questions, evade certain subjects, withhold crucial information… Most students aren’t spiritually invested enough in school to care, but the best students do, because they know that soon enough they too will enter the world of adults. Whatever it is that teachers are hiding is powerful stuff, and the best students know it will help them better negotiate the adult world. They want to hear McGonagall say, “Trelawny’s class is a waste of time,” and then they want to hear her explain how Trelawny keeps her job anyway. They want confirmation that the Malfoys stick around for reasons as untoward as they imagine. They want to hear the good teachers say that Umbridge is truly evil, not just severe.

Perhaps the only unrealistic character in the Harry Potter series is Harry Potter himself. I don’t mean this as a genuine criticism because I think Rowling would happily own up to it. There is no single student upon whom all the hopes and dreams of the faculty depend. The hopes of the faculty are invested in each student because each student has the ability to live a courageous life and then lay that life down for his friends. No student is Harry, but every student is Harry. Like Harry, every student must battle the evil in his own heart. The end of the series reaches universal proportions, which is fair, because that’s really what’s on the line in every battle against evil, no matter how small it may seem.