We Are Obligated To Respect Others, Not To Make Them Feel Respected 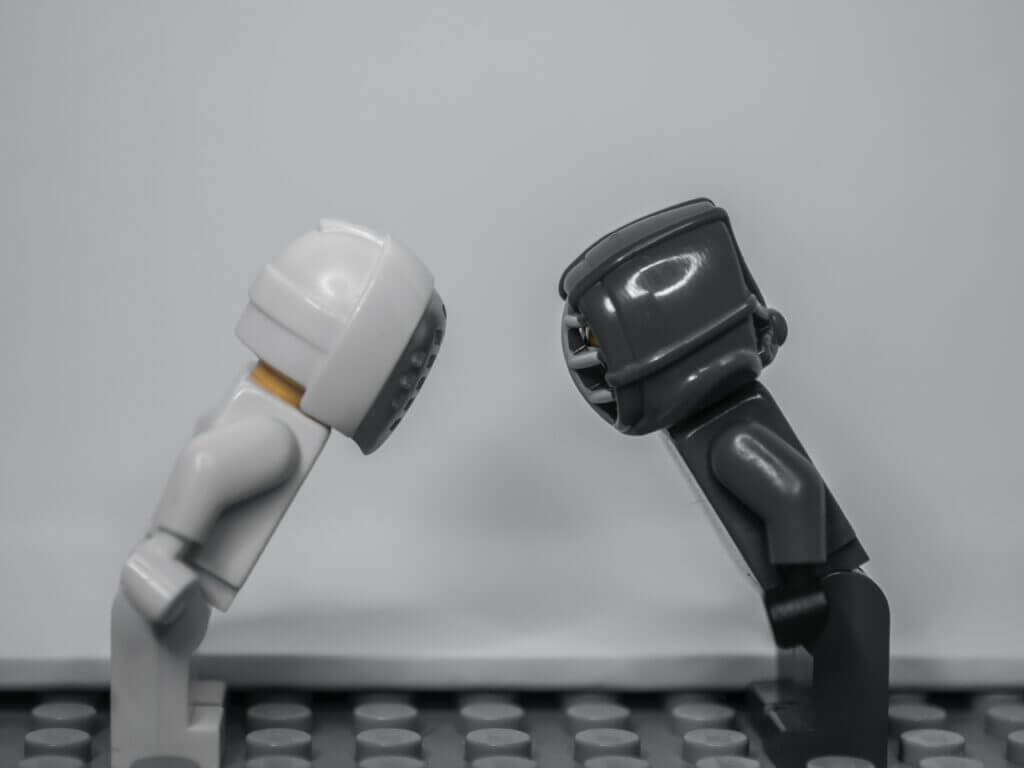 In the last thirty years, Americans have gone from believing it is important to show others respect to believing it is necessary to make others feel respected. On a purely grammatical level, “showing others respect” and “making others feel respected,” certainly sound very similar, although assuming that someone who is shown respect will feel respected assumes their feelings align with reality. It also assumes people are obligated to acknowledge conventional signs of respect as actual respect. However, the modern world really is a place where every man is free to determine the truth for himself and construct his own reality as he pleases, which means we bristle at the idea anyone is ever obligated to feel anything. Thus, there is no telling what the modern man will demand of you so that he can feel respected.

The conventional signs of respect are too numerous to list in full, but include habits and gestures like not interrupting others, looking others in the eye when speaking or being spoken to, holding doors for those behind you, not cutting in line, greeting friends and coworkers when you see them in the morning, bringing a gift for the host, waiting until all are seated to begin eating, and ten thousand others. If our feelings align with reality, we must content ourselves that respect is an objective standard, that signs of respect are respect, and that we must give respect to others as is fitting.

What makes modern people feel respected, though? Anything from conventional signs of respect to the complete negation of those signs. Feelings are funny that way, though a humble man trains himself to feel respect when he is shown conventional signs of respect, while an arrogant man is unwilling to train his feelings and instead demands others train their actions around his feelings.

When classical educators talk about “training hearts and minds,” they mean training students to think rightly and to feel rightly. A teacher is obligated to respect his students, their parents, and his coworkers. He is not obligated to make them feel respected, although the average classical Christian teacher now meets several times a year with parents who are upset not with something a teacher has said or done, but with the way their child feels about something the teacher has said or done. Upset feelings are proof that a wrong has been committed and that an apology is required. When feelings are upset, questions of right and wrong or truth and falsehood must be put on hold until good feelings are restored.

The idea that anyone is obligated to make someone else “feel respected” is just godless relativism dressed up in fake politeness. If your feelings or my feelings are the standard, there is no standard. If upset feelings entitle Tom to an apology from Harry, Harry ought to argue in turn that the demand for an apology hurts his feelings. If the only thing that can restore your hurt feelings is my hurt feelings, we’re going to have to look to something other than feelings to determine what to do.

Of course, what is right is indifferent to our feelings. A sentimental society does not believe it is ever allowable to ask others to suffer or to make them suffer, which means sentimentalists have a habit of interpreting all bad news as disrespectful. They tend to respond to bad news with an accusation of some kind. A bad grade, a blunt refusal to extend a deadline, or some curt instruction on childish behavior are painful, which means the person who has imposed feelings of pain ought to experience a little pain in return. Usually, a completely forced and unnecessary apology will do. Something like:

Your son deserved an F on his essay, but I should have written an encouraging word at the top, too.

Your daughter never does her homework, but I shouldn’t have called her “lazy.”

I know that you like Jackson Pollock, so I shouldn’t have called his hundred-million-dollar squiggle paintings “a complete sham.”

Because sentimentalists lack emotional maturity, it is often easier in the moment for otherwise reasonable people to just give them what they want. Reasonable people are accustomed to issuing false apologies and forgetting about it (because they’re busy), while sentimentalists are likely to whine until they get their way. When realists confer among themselves about the petulant demands of sentimentalists, they typically talk about “getting this over with.”

Sloppy theology tends to favor sentimentalists, as well. Against the accusations of a sentimentalist, we are loathe to believe the man who claims he “didn’t do anything wrong.” Everybody is always sinning all the time, or say many American Christians claim, and so any five-minute conversation wherein a teacher chastises a student for laziness or cheating must involve something for which the teacher can be made to apologize. Later on, an angry parent tells the headmaster, “If the teacher had been sufficiently gentle, my son wouldn’t have left the conversation feeling so hurt and discouraged.”

However, some blame for the pathetic state of this country may be laid at the feet of lazy realists who have, for the last several decades, rolled their eyes and handed sentimentalists whatever they asked for. Given that the average American can now hold his own good feelings ransom and demand whatever he wants for them, we must admit that giving sentimentalists what they want today will only enable them to make more and more absurd demands of our children tomorrow. Handing over apologies to everyone who asks for them is like handing over money and guns to everyone who asks for them. “A brother offended is not easily won,” but a brother easily offended is never truly won.

The conflict between realists and sentimentalists is not drawn along church lines. It was Christians who taught secularists how to weaponize their hurt feelings. In the 1970s and 1980s, fashionable churches made feelings the center of their worship services. As Christians granted higher and higher priority to feelings, hurting the feelings of another became a weightier and weightier sin. We have no one to blame but ourselves.

I write all of this as someone who has both apologized too much and too little in the course of my career. In my arrogance, I have refused apologies to people to whom I have not rendered the appropriate signs of respect. I have entered into the sleepless horrors of self-justification. I have also gutlessly played the part of the victim and responded to fair criticism with a long list of demands about how I should be critiqued in the future, what sort of tone should be used when my faults are addressed, what sort of vocabulary may be employed when his majesty’s foibles are pointed out—and couched it all as “advice which will help you give more effective criticism next time.” I have behaved like some kind of spoiled prince when I ought to be nothing more than the servant of Truth.

But I have also flattered senseless demands for apologies just because I was too busy to respond honestly and courageously.

My exhortation to fellow teachers, then, is to offer your students more and more conventional signs of respect, and to expect more and more conventional signs of respect in return. Train them to give respect and feel respected when they are respected. Shepherd them away from the primacy of feelings and from inventing their own private rules of respect. Apologize when you fail to give others appropriate respect, and do not apologize to sentimental bandits simply because their feelings are hurt. Resist the temptation to demand others criticize you only in painless and flattering ways, and do not bow to such demands when others make them.