St. Benedict In The Admissions Office 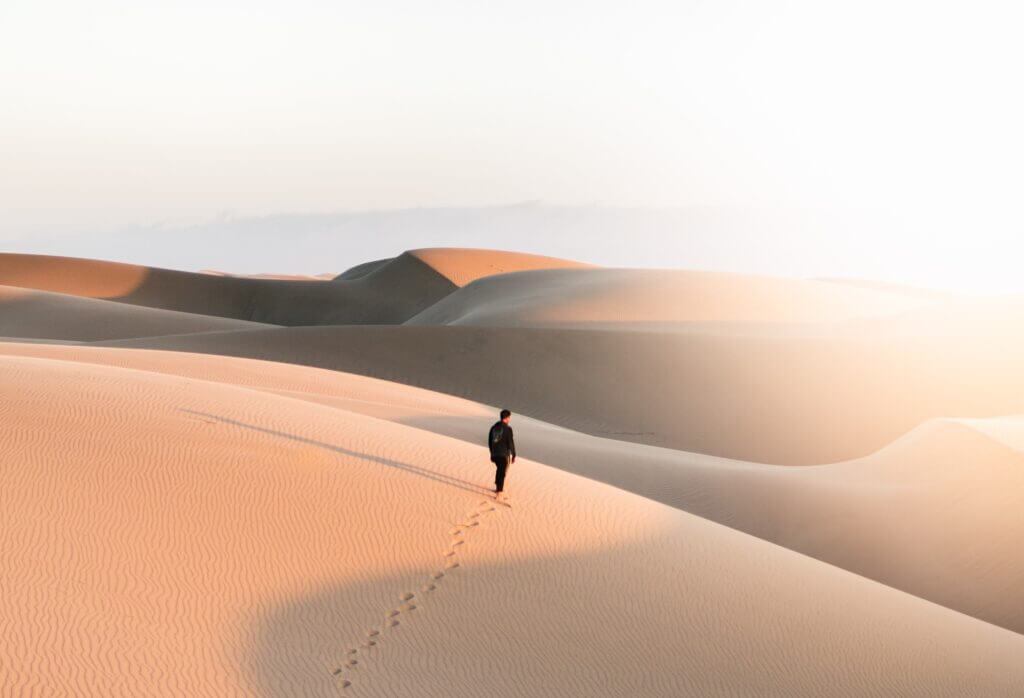 If anyone who comes [to join the monastery] shall have persevered in knocking for admission and after four or five days shall have been found patiently to bear all the injuries inflicted upon him… let entrance be granted him.

-from The Rule of St. St. Benedict

Parent: I am very interested in having my child attend this school.

St. Benedict: You seem very kind, and we are all busy people, so I don’t want to waste your time. This school isn’t for you.

St. Benedict: It is very difficult.

Parent: My son is very smart, though.

Parent: In what way is this school “difficult” then?

St. Benedict: It is hard on pride—the pride of parents and students alike.

St. Benedict: This is a school for people who have given up on quite a lot of what the world holds to be important.

St. Benedict: Social advancement, opinions that play well on social media, the sort of fashionable virtues that get one ahead in the business world.

Parent: Being “very smart” will make attending this school harder?

St. Benedict: Being “very smart” is worth quite a lot in this world, which means you could get more for your intelligence at a different school—a school which was chiefly concerned with the things of this world. Being “very smart” has little purchasing power here, though.

Parent: And what is this school concerned with?

St. Benedict: Graduating the sort of students who are willing and able to become martyrs, at any rate. For the man looking to get ahead in the world, virtue, piety, and good taste will do little good.

Parent: How do you know I’m not interested in virtue, piety, and good taste?

St. Benedict: I don’t, but not many people are, so it’s a fair assumption.

Parent: This is not how the other Christian schools in town received me.

St. Benedict: What did you hear from those schools?

Parent: They were a lot warmer, for instance. Very inviting. Very cordial. They seemed a little desperate to have me, actually.

St. Benedict: Why did you keep looking?

Parent: I suppose I was a little concerned by how highly those schools spoke of themselves. It seemed they couldn’t imagine why anyone wouldn’t want what they were offering.

St. Benedict: That concerned you?

Parent: I was a little put off by the idea that an academic institution would cater to my needs.

St. Benedict: I may have misjudged you, then.

Parent: What sort of parents send their children here?

Parent: Strange in what way?

St. Benedict: Contemporary American culture prizes self-expression, self-discovery, self-love, self-care, finding yourself, being yourself, creating yourself from scratch and then scrapping yourself in favor of a more exciting self. Simply put, American culture is entirely opposed to the logic of martyrdom. But this school wants no part in the culture of self-this and self-that, which means that parents who send their children here have to endure mockery on all sides. The average man, even the average Christian, is really quite intimidated by what we do here.

St. Benedict: There are plenty of Christian schools out there where you can learn fashionable modern virtues—the sort of virtues which will help you get ahead in the world—but we have to be careful to keep those people out of this school. They have plenty of other places they can turn to. We have to carve out a little space for the weirdos, though. That’s why I told you that you weren’t interested in sending your child here.

Parent: But I am.

St. Benedict: Yes, but anyone who is primarily interested in self-care, self-advancement, and good feelings will run the split second you’re not as warm and encouraging as possible. The self-care people don’t mind difficulty, so long as the difficulty can be easily overcome and there is a material advantage to overcoming it which can be enjoyed immediately thereafter.

St. Benedict: It’s not. “With much knowledge comes much sorrow,” as Solomon says, but the self-care crowd believes sorrow a medical condition which needs treatment and therapy—thus they often bring themselves to the cusp of real learning, then turn back in fear. They are like people who quit dieting the second they get hungry.

Parent: Are you ever tempted to let the self-care crowd into the school and then try to help them see things differently?

St. Benedict: We can do more good for the self-care crowd by sending them away.

St. Benedict: If we send them away today, this institution might still exist thirty years from now, when the self-care crowd’s children are grown, have children of their own, and want their children to receive something better than they received. Besides, it’s not as though we’re turning the self-care crowd out into the street. There are plenty of schools where they can go and I by no means begrudge them their place in the world. In fact, nearly every school out there caters to self-care and social advancement. But there also needs to be a place for people who are willing to suffer for being counter cultural.