Some notes on Rest, Authority, and the Seventh Day 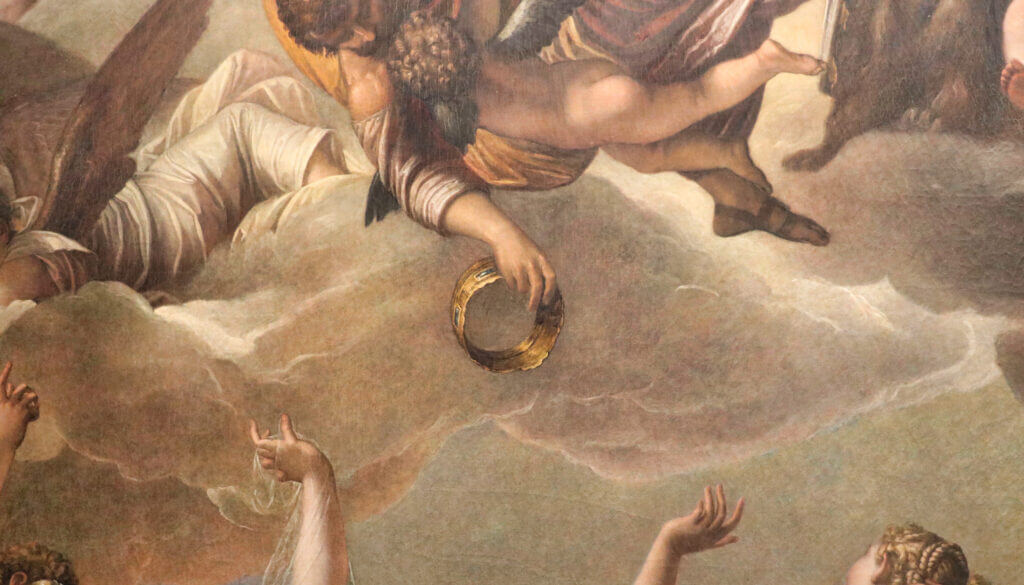 Every lesson we teach embodies a theory of authority:

The purpose of what I can consider “a true lesson” is to give authority to the person learning it.

The essence of a lesson is, therefore, the handing on of authority from a magister (teacher) or auctoritas (author, authority) to the discipulus (learner, disciple).

This is echoed in the conventional language about “empowering” students, though in my opinion it is often done in ways that gives them power in their hands while unstringing their souls.

You have authority over something when your power rests on it.

Let that sink in for a bit.

You have authority over something when your power rests on it.

If your power rests on something or somebody else, it is not resisted. That’s called a tautology: If authority is resisted it isn’t resting.

Now allow me to respond to those who just slipped into fear-of-fascism mode to explain something basic about reality:

We all want some power to rest on us.

A politician runs for office and tries to win votes because he wants the power of the people and/or of the constitution and whatever else he sees as legitimate to rest on him. Then once he has it he wants to rest his power on them, but they aren’t coherently one, so they’ll resist it. It’s a fascinating pulsation and tempering that takes place in the restlessness of politics.

In a healthy marriage, each partner wants the authority or power of the other to rest on each. If not, we’re in conflict. If the husband tries to exert undue power over the wife, the wife quite naturally reacts with discord, and vice versa. It’s a hard thing.

Most adolescents until the age of pornographic anxiety wanted the power of love to rest on them.

St. Paul went to extremes, you might say, so that the power of Christ would rest on him (II Cor 12:9).

I want the authority of the seven liberating arts to rest on me. I don’t want to resist it, but to submit to it totally.

And here’s a surprising, Zenlike thing:

When the power of the right things, especially and ultimately only our Lord, Jesus, the Christ, rests on you, then your own authority rests on yourself.

Consider it this way:

I am trying to learn how to add numbers together, and I’ve mastered up to the 6’s: 6+9=15 (I remember these flash card and speed drill days rather fondly, especially a particular set of flash cards that had very firm borders, vivid numbers, and red somewhere on the car).

The authority of six rests on me. I don’t fight with six. I submit to six. I love six. Therefore I am free and powerful in regard to six.

But I’m not free with regard to seven. It’s authority is not resting on me, it is fighting with me – or rather, I am either fighting with it (if I’m stubborn or “interested” in something that conflicts with the authority of seven, especially my own beloved errors) or simply not yet able to obey it. So seven and I are in tension.

I have to raise myself up to the level of seven. I am marching with my intellectual armies to capture new territory, but along the way, when my armies are all asleep and I’m lying awake at night worrying about the battle, I get up from my tent and walk around camp thinking about all my fears. I’m alone and it is dark and I am worried and I am five, when suddenly the seven that I so need attacks me, even taunts me.

It won’t let me go, for days, maybe weeks. It’s killing me. It dislocates my hip. But there’s something beautiful and magical about this seven and besides I know my parents will murder me if I don’t defeat it, so I grapple with it, I cleave to it, I threaten it, I say, “I won’t let you go until you bless me” and eventually, somehow, I master it and it submits to me and empowers me and enters me.

So who mastered whom?

Its power rests upon me, so I am powerful in seven.

I can add seven to absolutely any other number under ten (and quite a few over ten, if you want to know). Its power rests upon me, so I have power over myself and over seven and over anything in the world that comes under the authority of seven at that level of mastery.

Most of all, by mastering seven, I have mastered more of myself, which is permeated by and illumined by sevens. For example, now I can add my breathing pattern to my heart beat and note that I am a musical being in 3:4 time. I can count the joints from finger tip to neck and note that I’m a seven pattern. I can see the same pattern from my toes (unless I count the big toe). Every where I look I can see sevens.

And furthermore, I’ve conquered a little bit more of the world – not violently but peacefully and according to its nature.

So here’s a simple generalization of how it works:

(Alternate authorities are created for educational philosophies that don’t believe in real knowledge and therefore in real authority. These alternates are rooted in other people accrediting you rather than nature itself. The trick is that even real authority has to be recognized by other people, but it can only be recognized by other people if they have real authority themselves. That is why the apprenticeship or discipleship model is both so risky and so safe and so necessary in education and why industrial statistical abstract analytical models work so badly).

(This isn’t as dark sounding as some people might think. Every rock star learned how to play the guitar from a more advanced master)

This is modeled for us in Genesis one, when God orders a world that is without form and void and then on that precious seventh day enters His rest. it is not the rest of sleep but of sovereignty. Please do not miss that on the sixth day he delegated a portion of that sovereignty to mankind and in the second chapter he begins to teach the man how to exercise it. In both cases, creation, dominion, and authority rest in language.

EVERY SINGLE SUCCESSFUL LESSON in which a disciple gains authority follows the same simple pattern.

At this point, permit me to emphasize that unless you have transferred genuine authority, mastery, auctoritas to your student, you are not giving him what he needs to fulfill his vocation and therefore his nature. Biblically speaking, you have either cursed him when you had the opportunity to bless him or, much more positively, you have only taught part of the lesson, which is usually the case and perfectly fine, as long as the way you taught the lesson didn’t leave him even more dependent than he was at the beginning.

Over the years we at CiRCE have been calling teachers to teach from a state of rest. I don’t think it can be done without this understanding of reality.

Bigger application: All authority in heaven and on earth has been given to the Lord, Jesus, the Christ. He has delegated that authority to His disciples through baptism. Spiritual authority is more important than intellectual. Be led by the Spirit, not what Paul called the flesh. If you do that, everything else will fall into place because the authority of Christ will rest upon you.

Therefore, let us boast in our infirmities, so that we don’t try to substitute our own cleverness, wisdom or power for that of Christ. Let us not rise up against Him. Let us rest in HIs power as it rests upon us.

Read II Corinthians 12:9 closely and in context. Perhaps you’ll see more clearly what I mean or be able to show you how i misread it.

NB: the context of Paul’s writings is always dominated by and permeated with the creation and the temple.