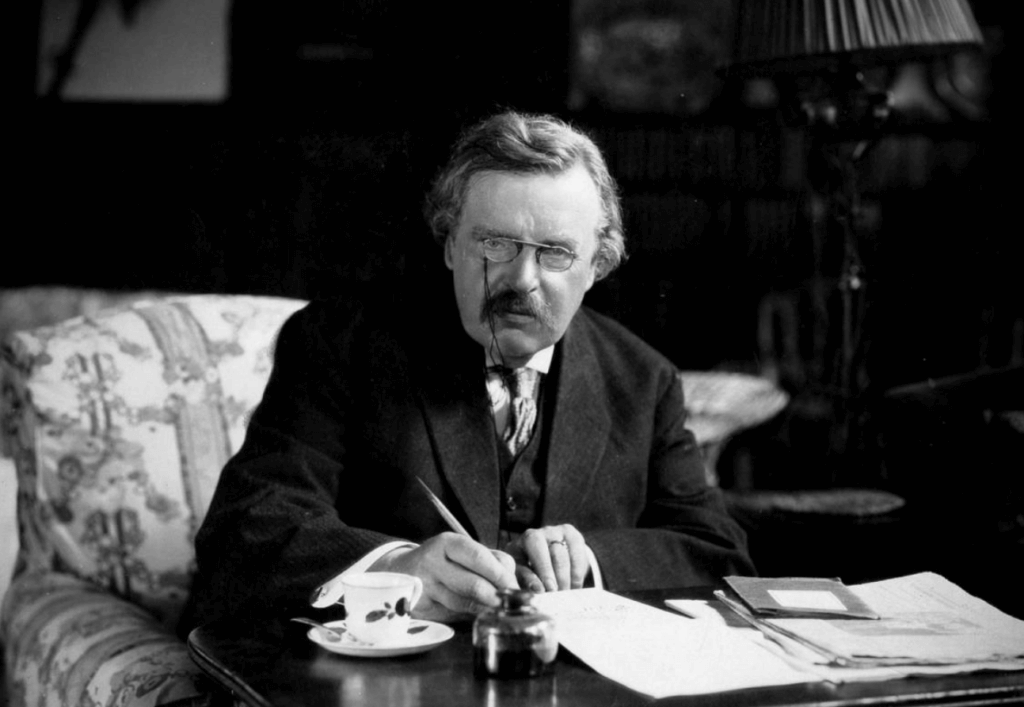 The classical schools which Presbyterians and the Reformed have lately founded are, by and large, not parochial schools, but open to any baptized Nicene Christian willing to have their children taught a very basic Protestant statement of faith. Nonetheless, in the margins of classical conferences, in conversations with friends, and in stray comments made on social media, one gradually comes to understand that many ecumenical schools which are open to having Catholic students are not open to having Catholic teachers (when I refer to an “ecumenical school,” I am referring to a classical Christian school with a Protestant statement of faith, a Protestant board, and a largely Protestant student body, but a small number of Catholic families, as well). I believe the reticence of such schools to hire Catholics is unnecessary.

I would like to make my case slowly and begin by readily admitting that I can imagine many bad reasons why an ecumenical school might hire Catholics.

Were an ecumenical school to hire Catholics because the board believed exposing students to “a diversity of beliefs” was best, I would not think such a school particularly classical. Classicism is interested in good ideas, not in diversity for its own sake. When taken as a value, diversity is manifestly non-hierarchical and non-judgmental, but a classical education is about the right ordering of loves.

Further, I could not support a decision to hire Catholics which depended on sweeping all the differences between Catholicism and Protestantism under the rug. Modern Americans tend to respond with horror and embarrassment when they realize they are speaking with someone with whom they disagree on a political or religious issue. To avert this horror, the moment American Christians find themselves in a conversation upon which grounds for disagreement are opening up, both sides are tempted to preemptively dismiss the importance of their differences and move on to some more secular subject. Besides, a little chic, performed boredom with our dogma’s traditions is simply the ante for enjoying a pluralist society.

So far as the classroom is concerned, brushing aside theological differences merely so no one is embarrassed will only lead to a watered-down presentation of lowest-common-denominator Christianity which classical students will summarily abandon as soon as they are exposed to the zealous secularism that has lately set American universities ablaze. If the similarities between Catholicism and Protestantism matter, then so do the differences. If we pretend the differences do not matter, we will have no ground to argue the similarities do. Everything matters or nothing matters. The history teacher or theology teacher who claims, “What really matters is that we all love Jesus,” will be incapable of making sense of anything which happened in the West between the 16th century and the 20th century. Rather, such a teacher will have to speak as a thoroughly enlightened man and make as though we have only lately figured out how to be civil, dignified, and reasonable.

The question for the ecumenical school, then, is whether the board can hold that theological differences matter, and nonetheless hire from a diversity of Christian traditions.

Bad Reasons For Not Hiring Catholics

“A student becomes like his teacher,” teaches Christ, and thus the concern that a Catholic teacher will sway the hearts of Lutheran students and Presbyterian students toward Rome. While this fear is not absurd, neither is it well-founded, and I would like to wager that most of those who fear a Catholic teacher will inspire Protestant students to swim the Tiber have simply not spent much time in the classroom. To be frank, this is simply not how the classroom works and not how the teenage heart works. I am curious how many people involved in classical education have heard of high school students leaving their own churches to join the very different church of a teacher. I am sure it has happened somewhere, but in my fourteen years as a teacher, I have never seen it happen. A few contrary anecdotes on the matter will not convince me such occurrences are anything other than exotic birds rarely glimpsed in the wild.

A Baptist student in a classical Christian high school, let us say, is apt to have more than two dozen different teachers who come from a cornucopia of ecclesiastical backgrounds. Let us assume the parents of this student are loyal Baptists, fourth generation Baptists, and that they strongly prefer their child stay in the Baptist fold. Should they fear their child having a Presbyterian biology teacher? A Lutheran Latin teacher? The two dozen teachers this Baptist student studies under prior to graduating will likely come from more than a dozen different churches. What reason is there to assume that “A student becomes like his teacher” means that a Baptist student will become Catholic, simply because his freshman literature teacher was Catholic? I have been an Orthodox literature teacher for ten years now and not one of my students has become Orthodox. I have also seen a great many Catholic students come through Protestant schools, and yet, to the best of my knowledge, they are all still Catholic. My case does not rest on these numbers, and I would not withdraw my case were a few exceptions to arise, though my point is this: the fear that Protestant students will convert because of mere proximity to a Catholic high school teacher is not a fear born out of experience. It is more akin to fear that lightning will strike on a cloudless day.

What is more, many parents concerned about Catholic high school teachers in Protestant schools are nonetheless willing to let the denominational chips fall where they may when it comes to college, which is exactly the point in a young person’s life when they are apt and able to convert. After all, an undergrad at Baylor, Hillsdale, or Wheaton is far more likely than a high school sophomore to talk with a Catholic prof after class— and that prof is free to mock Lutheranism as openly as he likes in front of his young Lutheran inquirer. However, we should also ask whether, at a collegiate level, an entirely Protestant staff and faculty is sufficient to guarantee that no matriculating student or recent graduate will become Catholic. The answer to this question is a resounding, “No.”

At an ecumenical high school, however, a Catholic teacher is bound by rules of decorum to speak with great reserve about other churches, for he teaches in the place of parents. While a high school teacher has some leeway in openly disagreeing with parents, his own authority depends on his powers of diplomacy. A smart Catholic knows that trash-talking the presbytery in front of a young Presbyterian student is far more likely to make the student an atheist than a Catholic. Occasionally my students ask me about icons, incense, or some other Orthodox matter, but after giving them brief and basic answers, I tell them they must bring their questions to their pastor. “Tell your pastor that I sent you. Tell him why I sent you, as well. The people who are accountable for your soul have a far greater stake in the way you handle these questions than I do, and it would be wrong for me to trespass on their responsibilities.” If someone objects, “Not every Catholic teacher would direct an inquiring student back to their own pastor,” I would agree. Don’t hire every Catholic teacher. Be discerning. In the same manner, a thoroughly Presbyterian headmaster isn’t going to hire just any Presbyterian who turns in an application. You may judge for yourself whether a Catholic at a Protestant school would be more likely or less likely than non-Catholic teachers to send students back to the authorities at their churches with sticky theological questions. I bet you a dollar the answer is more likely.

I will happily acknowledge that vast theological chasms separate Catholics from Presbyterians. Nonetheless, if a Catholic family is sufficiently Christian to pay tuition, why is a Catholic teacher not sufficiently Christian to be paid to teach? Someone will say, “Catholics have a very different doctrine of grace than Presbyterians. The Catholic view of salvation is wholly different from the Protestant view of salvation.” Supposing for a moment that these statements are uncomplicatedly true, they still do not matter, for a classical education is not about the salvation of the student (at least not in the “I got saved over the weekend” sense of the word), but the cultivation of virtue. If a classical education were about salvation, what exactly is the faithful Presbyterian teacher offering his faithful Presbyterian students? More salvation? Let us assume for a moment that every student who thinks he is saved is, in fact, saved: the straight and narrow path to Glory is nonetheless crowded with people who are nagging one another, pestering one another, destroying one another. On several occasions during my time as a teacher, I have been attacked, defamed, and slandered by persons who were absolutely convinced of their own salvation— and neither did I doubt their salvation. I imagine we have all, at one time or another, been torn apart by saved people, or watched saved people wreck their own lives and the lives of their children. A classical education does not aim to save such people from hell, just from themselves.

So the Catholic doctrine of grace is very different from the Protestant doctrine of grace. This fact would matter quite a bit if a classical school aimed to drill a Protestant definition of grace into students, but such purposes are foreign to the ecumenical classical school. That is more the business of a parochial school, or a seminary, but it has little to do with the cultivation of virtue. Long story short, if a fellow is worried about hiring Catholic literature teachers simply because Catholics embrace a different doctrine of grace, I have to wonder what he thinks a proper lecture sounds like, or a proper discussion, or whether he understands classicism at all. Watch a Catholic teach Burke or Rousseau, Homer or Virgil, and Catholicism is all but invisible. For your own part, consider how often you read something online which is both thoughtful, edifying, and Christian— and yet, when finished, you could not say where the author worshiped on Sunday morning.

In truth, I don’t think there is anything special about Catholics which makes them more qualified for jobs at classical schools than Protestants. I simply think hiring Catholics ought to be an option. My argument for hiring Catholics really boils down to this: there is no good reason not to hire them, and a very qualified Catholic teacher is no different from a very qualified Baptist teacher or a very qualified Lutheran teacher. Christians are as common as LifeWay book stores, but classical Christians are no less rare than leprechauns. If you can find a man who prefers old things to new and cares deeply about habituating virtue, hold on to him for dear life, as you might not find another such creature for many years. If he crosses himself, no matter, you have far bigger fish to fry.