Like a Rat Without a Tail; or, Education Beyond Behaviorism 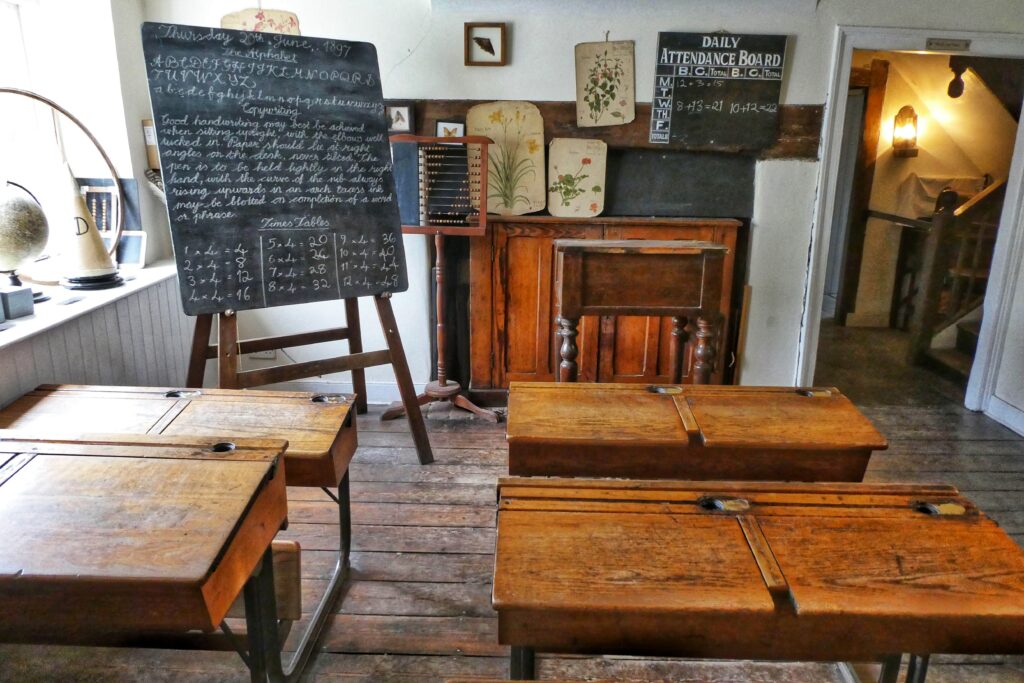 In 1971, behaviorist B. F. Skinner published one of his later works, Beyond Freedom and Dignity, providing insight into his troubling philosophy and anthropology. Because the challenges of the modern world are apocalyptic, he argues, we need to make sweeping changes to human behavior. This should be accomplished by new technology, a technology of behavior. Free will is an illusion; the environment is the active agent in determining behavior shaped and maintained by consequences. Only one thing stands in the way of his solution: autonomous man. He writes,

We have moved forward by dispossessing autonomous man, but he has not departed gracefully….The result is a tremendous weight of traditional ‘knowledge’, which must be corrected or displaced by scientific analysis.

Two features of autonomous man are particularly troublesome. In the traditional view a person is free. He is autonomous in the sense that his behavior is uncaused. He can therefore be held responsible for what he does and be punished if he offends. That view, together with its associated practices, must be reexamined. [1]

Most remember Skinner for his theory of operant conditioning based on research utilizing a Skinner box to condition rats and pigeons. It was no accident that C. S. Lewis gave the lectures which became Abolition of Man within a few years after this theory was published. Lewis rails against these dehumanized ‘Conditioners’, who control without any recognition or obedience of objective truth. He fears that through them man qua man would be truly abolished. Skinner directly responds to Abolition of Man, citing Lewis and affirming that his goal is to indeed abolish autonomous man. [2] His primary concern is the two “particularly troubling” features of autonomous man—his freedom and dignity. Lewis laments that we educate men without chests and expect of them virtue. With Skinner at the helm, we educate rats without tails and no longer expect them to be men at all.

Does anyone take Skinner seriously anymore? Apparently so. I recently chanced upon Christian educational training advocating and applying behaviorism, highlighting Skinner’s work. His approach is alive and well, though now largely restricted to educational psychology, and obscured behind a pleasant façade. Correcting or redirecting a student, holding him to any sort of standard, is shaming and unfair; instead, we affirm behavior that we want to see. It might not seem so bad on the surface. When you do not check under the hood and consult a primary source, Skinner’s deviance is easy to miss. But the philosophy underpinning behaviorism is pernicious, no matter how well-intentioned the application.

Ignoring sin and vice is not affirming—it is dishonoring to our students who were made in the image of God. It denies students the humane experience of freedom and dignity and learning to govern themselves. It denies them true education, the education for which Lewis advocated. This is education in the tradition of Plato, Aristotle, and Augustine, which aims to teach the student to like and dislike what he ought. It is training in ordo amoris, rightly ordered affections. It’s not a classroom management strategy; it’s the whole point.

Skinner redefines man’s dignity as positive reinforcement or ‘credit’ for his behavior. In addition to being anti-Christian, it is also egregiously silly. What is more tiresome than one who believes that for everything he deserves ‘credit’? Would you hire an employee who needs credit for arriving to work on time? Or enjoy a robust marriage with a spouse who expects credit for remaining faithful and remembering to take out the trash?

What might Skinnerian ‘credit’ look like in the classroom? When I began teaching, an experienced classical educator advised me to implement a points-based reward system. The idea was that I would keep a running tally of each student’s ‘points’ for good behavior or extra credit work on assignments. I declined. It simply made no sense to me to reward a child for doing what he ought to do. Adding a reward immediately teaches that the thing itself is not of value. A student should obey his teacher and respect his classmates because God commands it. A student should not obey as a temporary strategy to visit the treasure box or earn sparkle points.

Imagine a common and more subtle scenario. A classroom of youngish students is rowdy after lunch. Billy is turned around in his chair, talking loudly as he almost always is. You do not correct him. Instead, you choose the student who is always waiting quietly and praise her, thanking her for sitting nicely. One by one the rowdy children sit up at attention, waiting for their credit for doing the right thing. Billy at last turns around, ready to be praised. Having discerned that Billy is indeed capable of the request, the teacher has chosen not to guide him in learning to govern himself. Instead, whether consciously or unconsciously, she manipulates him to achieve a certain behavioral outcome. Skinner has had the last word: “Under a perfect system no one needs goodness.” [3]

Like C.S. Lewis, Francis Schaeffer also critiques dehumanizing developments in the world of science, emphasizing Skinner. In his short work, Back to Freedom and Dignity, he urges Christians to pay attention because the power of behaviorism is too great to dismiss. He warns,

Man is dead. And with him dies the whole of Western culture and all of its literature and art. Chapters two and three of his book are dedicated to attacking what he calls literatures of freedom and dignity. This literature has taught men that they make choices, that they have dignity. So Skinner’s war is not simply against Christians; it is against anyone who thinks that there is such a thing as a mind and anyone who writes concerning the freedom and dignity of man. [4]

Both Lewis and Schaeffer argue that even our very humanity is at stake. Despite their impassioned pleas, we have failed to attend to the dehumanizing reality of manipulative behavioral technology in the classroom. If we have classrooms full of attentive students waiting for credit, they may be learning grammar, but indeed they are not learning what it means to inherit the kingdom. We do not need a better system, we need goodness.

I am asking no small thing. Throwing out the treasure boxes and behavior charts is not enough; we need to shift from the psychology of classroom management to a philosophy of character formation. In the past years, great minds of the larger community of classical educators have reconsidered humane ways of assessing student work. Similarly, we now need to turn to humane ways of classroom formation. We must strip away behaviorist theories until we can again guide Billy so that he may learn to rule himself. Only then can he recognize that there is indeed a great difference between foul and fair.