A New Kind Of Theology Class 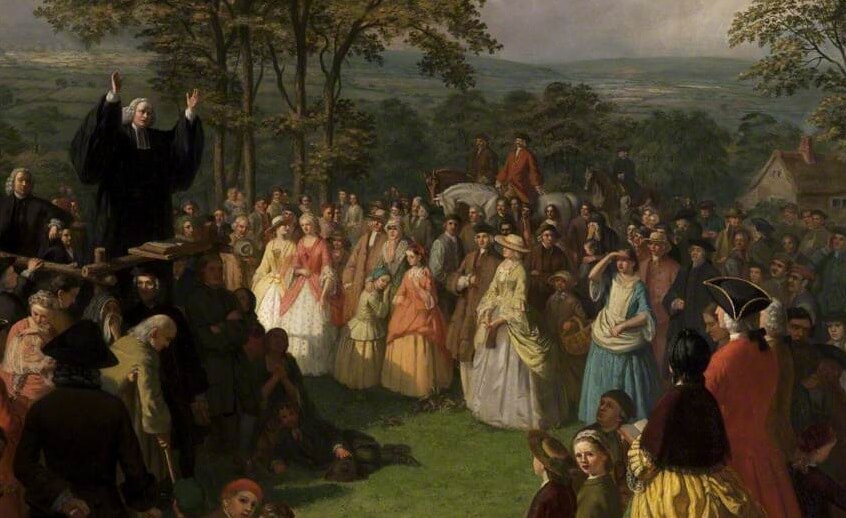 As a great lover of conversation, I am also skeptical of its ultimate value. My love of conversation is not the romantic sort, nor is conversation my Beatrice. Andre Dubus once wrote, “I need and want to give the intimacy we achieve with words. But words are complex: at times too powerful or fragile or simply wrong… And words are sometimes autonomous little demons who like to form their own parade and march away, leaving us behind.” The fact that words can sometimes be “autonomous little demons” was one of the reasons I quit social media several years ago. I had both witnessed and enacted the Cult of Tantalus in many Facebook comments sections, pushing an argument up a hill, then watching it roll back down, then pushing it up again.

While we joke that Hell is an endless comments section, hundreds of years ago, Milton hinted we might not be far off. In Book II of Paradise Lost, Satan volunteers to leave Hell, cross the abyss, and spy out mankind to see how they are best tempted. In the meantime, Satan’s legions are left to do whatever they like in Hell. With no God to fight and no man yet to tempt, how will they keep themselves occupied? Milton suggests that some contend in races, some playfight, and some sing songs of their heroic exploits in the battle against Heaven. However:

Others apart sat on a hill retired,

Of Providence, Foreknowledge, Will, and Fate—

And found no end, in wandering mazes lost.

Lest any man think too highly of himself for arguing about theology, Milton would have us know that “even demons do that.” I do not mean to suggest that arguing about theology is necessarily bad, for there is a long and glorious history in Christianity of writing books called “Against (Those Who Believe Heretical Things),” and St. Paul is clear that the pursuit of “sound doctrine” is a Christian obligation. Nonetheless, I have encountered a good many teachers who measure the success of their classes by whether the students engage in philosophical arguments that go on and on and “find no end.”

I like a lively class as much as the next teacher and it is dispiriting to ask question after question to a room full of blank faces, none of which have any inclination to speak. And yet, one of the most pleasant surprises of this school year has been an eighth grade boy’s bible class which I have arranged so that there is almost no conversation. Instead, I spend half the class reading through the story books of the Old Testament (four chapters every day), then the boys spend ten minutes writing summaries of what they’ve heard, and then a few minutes reading out loud what they’ve written. There are no tests, no quizzes, I do not lecture, I rarely ask questions, but the mood of the class is serene and their retention of what they’ve heard is impressive.

The idea of running the class this way came out of years of watching middle school boys sing at the school Lessons & Carols service in December. On the quad, middle schools boys are loud, wild, and no respecters of personal space. They laugh raucously, torment one another, and are nearly incapable of sitting or standing still. But when they sing God’s praises before a gussied-up audience, they seem to find their true purpose. When I see them dress in black and white and hear them perform “Once In Royal David’s City,” I always come away thinking, “What if this—what if singing—were all we had them do for two years? What if they left sixth grade behind and it was just choir until ninth grade? Would that be so bad?” And then the idea that we should teach boys in the pert stage “how to argue” seems absolute madness, because they argue so poorly (and yet so much), but they sing beautifully.

So I put together a Bible class that does what few Bible classes do: cover the Bible, read the Bible. Thus far, no one has complained, even while complaining might be easy. “Are you really getting paid so much per year just to read the Bible out loud to these boys? They could do that at home.” But they don’t. Almost no one does. The average graduate from a classical Christian school is Biblically illiterate, which reflects poorly on everyone, from the graduate to their parents to their church to their school. From time to time, I throw handfuls of simple Gospel questions at my students. “True or false: John the Baptist was one of the apostles,” or, “Who was present for the Transfiguration?” and so forth. Fewer than twenty percent can answer these sorts of questions. There is no point in teaching Augustine or Calvin to someone who doesn’t know the Bible. It is sheer arrogance to teach Trinitarian theology to a student who has read less than 4% of the Bible and cannot name more than four apostles. It is better to prepare students to study theology than to pretend they are capable of doing so.

The problem, of course, is that there’s nothing very impressive (nothing very sexy) about just reading the Bible out loud. “You’re not going to talk about it? We’re not going to ask questions? What about dialogue? What about discussion and debate?” But we have spent too little time reading the Bible, and too much time talking about it, and entirely too much time asking questions. Alas, we have romanticized “asking questions” to an absurd degree. Let us romanticize silence and patience instead.