We acknowledge the Bible to be sacred revelation, while literature, however magnificent, is something less. However, the Bible is indeed fundamentally imaginative. 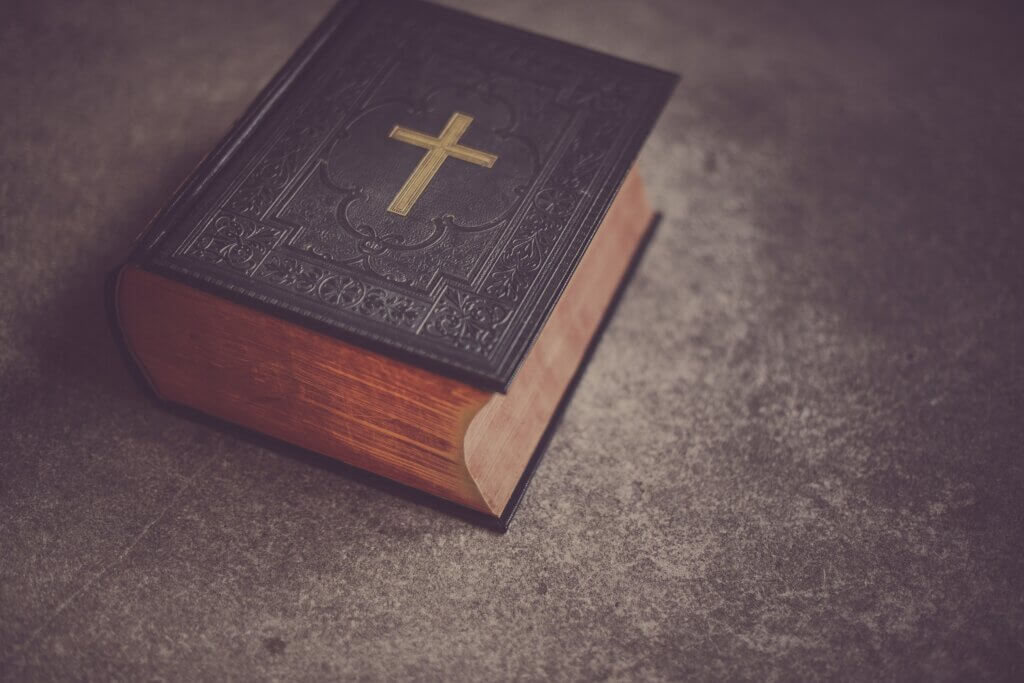 Recently, I taught a unit on dragon stories in literature to my elementary students. To launch the series, I read Revelation 12 aloud in class, which is a marvelous tale of a red dragon who pursues the Queen of Heaven into the desert to devour her child, but is thwarted by creation rising up against him. The students gazed wide-eyed at the masterfully woven images, narrative, and language. When I told them that the fantastical tale was from the Bible, they gasped. One young man stammered, “Wow, I didn’t know the Bible told stories like that!”

In my years as an educator, I have often noticed a discrepancy between the manner in which we present the imaginative literature of childhood versus the poetry and tales of the Bible. The reasons go something like this: Literature is imaginary, while the Bible is theological and moral. The Bible proclaims the faith, while literature explores the human condition. Thus we overlook Holy Scripture as an imaginative work. This is a mistake. The Bible is an imaginative masterpiece which nourishes the imagination as much as the mind and the will.

If Plato was right that the goal of an education is to love what is worth loving – specifically goodness, truth, and beauty – then Scripture, which brims over with all three, must be the foundational book to teach them all. We Christian classical educators know that the Bible is good and true, but do we also know that it is immeasurably beautiful? Do we revel in its beauty alongside our students?

Certainly there is a radical difference between the weight and power of Scripture and that of literature. We acknowledge the Bible to be sacred revelation, while literature, however magnificent, is something less. However, the Bible is indeed fundamentally imaginative. Now, imaginative is not the same thing as imaginary. Scripture is not imaginary, but it is imaginative. It overflows with images, metaphors, parables, poetry, songs, and themes that form the soul to God through captivating and shaping the imagination.

The most difficult challenge for educators is not what to do to teach the imaginative world of the Bible, but what not to do

Though there are many aspects of human imagination, I will focus on two for the purposes of this article: the mythic imagination and the moral imagination.

Scripture and the Mythic Imagination

The mythic imagination is the part of the mind that interprets stories, from the Easter story to Harry Potter. The term mythic comes from the Greek mythos, which simply means “story.” Thus, a flourishing mythic imagination is a story-formed imagination, one that has absorbed and assimilated a broad assortment of tales full of rich and varied characters, images, and themes.

We use our mythic imaginations to interpret the narratives we encounter. For example, when Harry embraces death as he confronts Voldemort, we know that he is a hero, not a madman. We do not think about it; we just know it. But how? We know because Christ’s sacrifice is the foundation of the Christian mythic imagination. From our Lord, we learn that heroes lay down their lives. The mythic imagination constantly connects stories we already know with stories, imaginary and otherwise, that we encounter on a daily basis.

The more that a mind is steeped in Scripture, the more anchored this process becomes. It is not necessary to consciously evaluate every story we encounter. More often than not we interpret stories below conscious thought. We use our mythic imagination on a subconscious level as we engage in the world and make sense of it. Thus, what forms the mythic imagination immensely matters, and the imaginative and transcendent stories of Holy Scripture should be fundamental in the formation of the mythic imagination.

Foundational stories that we absorb on a repetitive basis in early childhood create the lifelong framework of the mythic imagination, which is why it is essential that educators and parents exuberantly read and discuss the stories of Holy Scripture alongside our students as stories instead of reducing them to shells that hold theological constructs and moral guidance. Allow the pure delight of Bible stories to form our students’ mythic imaginations.

Scripture and the Moral Imagination

Along with the mythic imagination, the Bible also nourishes a flourishing moral imagination, which is the part of us that sees the world in terms of goodness. For instance, the moral imagination rejoices when the hero rescues the princess and the wimpy kid stands up to the bully. It recoils when a character lies, schemes, or cheats, or when the powerful prey upon the weak. Most of all, the moral imagination, without even knowing it, waits patiently throughout the arc of every story for the hero to destroy the monster, whether dragon or evil stepmother or poverty or depression, through heroic actions of courage and sacrifice.

Certainly stories are not the only way to cultivate goodness. We can and should teach moral imperatives and theological orthodoxy, but stories are morality’s most powerful medium. We see this in Scripture in 2 Samuel 12. In this passage, God sends the prophet Nathan to confront King David, who has just committed adultery and murder. To expose his sin, Nathan tells David a story about a rich man who butchers a poor man’s lamb in order to feed a guest. Enraged, King David demands retribution from the rich man, only to hear words of terrible judgment: “You are the man.”

The story of the poor man’s lamb kindled David’s moral imagination. By demanding justice for the poor man, David was moved to repent. He had rejected goodness and truth to slake and disguise his lust, but the beauty and pathos of the story ignited his compassion, which transformed into repentance and action. The power of beautiful stories, metaphors, images, and poetic language to form the soul toward holiness appears repeatedly in Scripture, from the metaphors of the prophets to the parables of Jesus.

Nobody loves a rule, but everybody loves a story. Stories are the most potent nourishment for our moral imaginations, which means that the stories we teach to our students must be worthy. What is more worthy than Holy Scripture? Scripture contains the tales, poems, songs, metaphors, images, themes, and characters that will train our moral imaginations to distinguish good and evil, darkness and light, holiness and vulgarity.

THE MOST difficult challenge for educators is not what to do to teach the imaginative world of the Bible, but what not to do. Resist the urge to moralize and theologize regarding the stories of Scripture. Simply read them and discuss them. Do not stop to point out the moral, explain away complex issues, or insert a theological construct. Just read the story and, if appropriate, talk about it. If you are not sure how to begin a discussion, then simply comment on the beauty of the language or the winsome or surprising nature of the narrative. Much of the time, however, no comment is necessary. The Word, like the Spirit, will do what it wills, and the whole point is simply to absorb it. Choose to rejoice alongside your students in the beauty of Holy Scripture.

The Bible nourishes all aspects of our humanity: body, mind, and spirit. It is the greatest imaginative masterpiece in the history of the world, and it is also the revelatory source of wisdom and goodness. The liberal arts tradition acknowledges theology as the Queen of Sciences. As our students grow in holiness and discernment, they will engage the rich tradition of theological training. Along the way, the Bible will provide the moral guidance so desperately needed in our chaotic age. Yet let us remember, as their souls are being formed to God, to delight in the beauty of the Word.