Laurus: An Unusual Book That You Probably Should Read 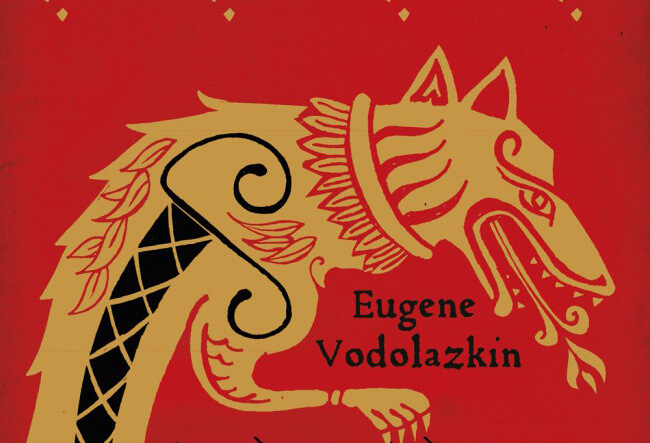 Laurus/Arseny/Ustin/Amvrosy was born on May 8 in 1440. I post this review today in honor of his birthday and in honor of St. Arsenius, from whom he derived his name.

Russia is to me a foreign country and the Middle Ages are an alien time. Consequently, to read a novel by a Russian author about medieval Russia pretty well guarantees that my understanding will be stretched.

Readers have long praised the arousing of the imagination and the entering into other worlds for its value in humanizing us, and while I don’t want to suggest that reading books is enough (visiting Casablanca for one day in 1981 did more to expand my perception of the world than any number of books could have done), I certainly agree that they are important.

What then can you say about a book that ends like this:

What kind of people are you? says the merchant Zygfryd. A person heals you, dedicates his whole life to you, and you torture him his whole life. And when he dies, you tie a rope to his feet, drag him, and tears stream down your faces.

You have already been in our land for a year and eight months, answers blacksmith Avery, but have not understood a thing about it.

And do you yourselves understand it? Asks Zygfryd.

Do we? The blacksmith mulls that over and looks at Zygfryd. Of course, we, too, do not understand.

(The quoted text is to the left in gray, I know not why)

Which seems like it might be the moral of the story: You visit, you think you understand, but even if you are staying in place, you don’t, even then, of course, understand.

Laurus by Russian author Eugene Vodolazkin, derives its name from its protganoist. Laurus the character could very well be described as a holy fool, at least during the second of the four stages of his life, which Vodolazkin calls The Book of Renunciation.

He could also be described as a mentally unstable person, whose journey begins and ends with a pregnant girl, one with whom he conceived a baby as a very young man (probably a boy, but the whole story is deliberately disjointed from time), and one whom he is blamed for impregnating as a very old man. His whole life is an attempt to atone for the first girl, who died with the child because, or apparently because, he tried to deliver the baby himself, covering his sin, and refusing to get a midwife.

I will not describe what happens with the second girl because the whole novel is building to the event and it would be unjust to reveal how the author executes it (masterfully, in a word).

This much I’ll mention: the fourth book or period of Laurus’s life is called The Book of Repose. He dies on August 18, 1520, but “Nobody has come to see Laurus since the beginning of August…. Laurus is lonely.”

He had tried to become a hermit, to live his last days in prayer and isolation, but he had been found because he had the gift of healing and people came to him from all over Russia and beyond to be healed, to talk with him, even just to see him.

But who was he? He had, we learn in the Prologue, four names and two nicknames in the course of his life. He was born on May 8 (tomorrow, as I write) 1440, and named Arseny, for Arsenius the Great, on whose feast day he was born. After his parents died from plague he lived with his grandfather Christofer, who was learned in herbal medicines and arts of healing, recorded what he knew on birch bark, and taught it to Arseny, who became the doctor to the local village.

Shortly after Cristofer died, Arseny found Ustina, a girl whose family and village was destroyed by the plague, hiding in the cemetery. He healed her and hid her and she became pregnant, as described above. His conscience nearly destroyed him and led to his departure from Rukina Quarter.

So far the book has been odd, disorienting, reporting unusual facts in matter of fact ways. When he leaves Rukina Quarter, ending The Book of Cognition and beginning The Book of Renunciation, it gets, shall we say, interesting. This is the story of Arseney’s travels from village to village, bringing healing to others and learning to utterly renounce himself.

In one of the most touching episodes, he learns to love deeply a boy and his mother, whom he virtually raised from the dead. But even this relationship he must renounce. He tells Ustina, “And so you see, my love, what is happening. I have not spoken with you, my love, for several months and I have no excuse. Instead of atoning for my sin, I am ever more mired in it. How can I pray for your atonement before God, my poor girl, when Myself am sinking into the abyss.”

He is honored when he heals a princess, but he lets the honors slide off him and lives on the edge of a monastery by himself. He gets to know two holy fools who share the town, dividing it into territories. Abandoning his renown and the family, he leaves the town, unknowingly with a criminal, who steals his coat in which he had placed Cristofer’s manuscripts, his most precious possession.

Now that all was lost, he set aside his name too and called himself Ustin. He says,

Do I want… to forget everything and live from now on as if there had been nothing in my life before, as if I had just appeared on earth right now, as a grown-up from the start rather than as a child? Or perhaps: remember only what was good from what I have already lived since it is typical for the memory to rid itself of what is torturous? My memory keeps abandoning me and next thing you know, it will abandon me forever. But wold being freed of my memory become my absolution and salvation? I know it would not and I will not even pose the question that way. Because what kind of salvation would I have without he salvation of Ustina, who was the primary good fortune in my life as well as the primary misery? And so I pray to you: do not take away my memory, where there is hope for Ustina. If you common me to Yourself, be merciful: pass judgment on her not based on our doings but on my hunger to save her. And register as hers the bit of kindness, which I haue made.

And there you see his mind at this stage of his life, during which he cannot escape the renown he has renounced because he continues to heal and people continue to need and appreciate wonderful healings.

Can I be forgiven for not further developing the amusing and mystifying and provocative relationships he develops with the holy fools Foma and Karp, with the mayor Gavril, with the abbess and the nuns, with the people of the villages and towns he visits and stays in, and with the river and forests and mosquitos and snow?

I hope so, because book three begins by introducing the extraordinary Ambrogio Flecchia, an Italian Catholic who has come to Russia to learn more about the impending end of the world and who brings to the forefront the question of history and what it means, a theme that flows through every page of the book but is only occasionally addressed directly.

Arseney (who is called Arseney now and for some time Amvrosy) and Ambrogio become fast friends and go on a rather tragic pilgrimage to the Holy Land to offer prayers for Gavril’s daughter. The Book of Journeys rolls masterfully (I can’t think of a better word) as they join a caravan that gathers and loses fellow pilgrims (some endearing and some downright lovable) in a wide variety of ways as it journeys southward to the Alps, crosses them, travels from Venice to Joppa by ship through storms and death and islands, and then comes to a surprising end, involving an angel, a long-haired industrial climber, and a helicopter.

Which brings us to The Book of Repose, which I have already described above. He is called to and joins the Kirillov Monastery, then returns home to Rukinov Quarter and Cristofer’s house, which has been replaced by a church. An old man, he is granted the gift of tears while he continues to heal the sick and dying.

He becomes Laurus when, on August 18, 7000 from the creation, he “took the schema” as a monk. Because so many people came to the monastery for healing the brothers have a hard time praying and complain to the abbot. “What, you mean to say you could concentrate on prayer before?” the abbot replies to the complainers.

Nonetheless, in time, Laurus leaves the monastery and makes himself a hermitage in a cave. And that is where Anastasia, “In a year of great hunger… came to Laurus after losing her virginity.”

When you reach the end of this extraordinary book, you wonder what just happened to you. Because you are human, you need to capture the contents and fit it into your expectations and experiences and beliefs. You wonder, why would anybody find such a bizarre character fascinating when his whole doctrine of salvation is so deeply flawed and he himself is a little crazy. You think he might be a medieval version of Billy Pilgrim, from Vonnegut’s Slaughterhouse Five. Because you want to get on to the next novel so you can stay on the path to literacy and be current, you rush to conclusions about Laurus, and also about Vodolazkin.

And do you yourselves understand it?

Do we? Of course, we, too, do not understand.