I Am Banning Water Bottles From My Classroom 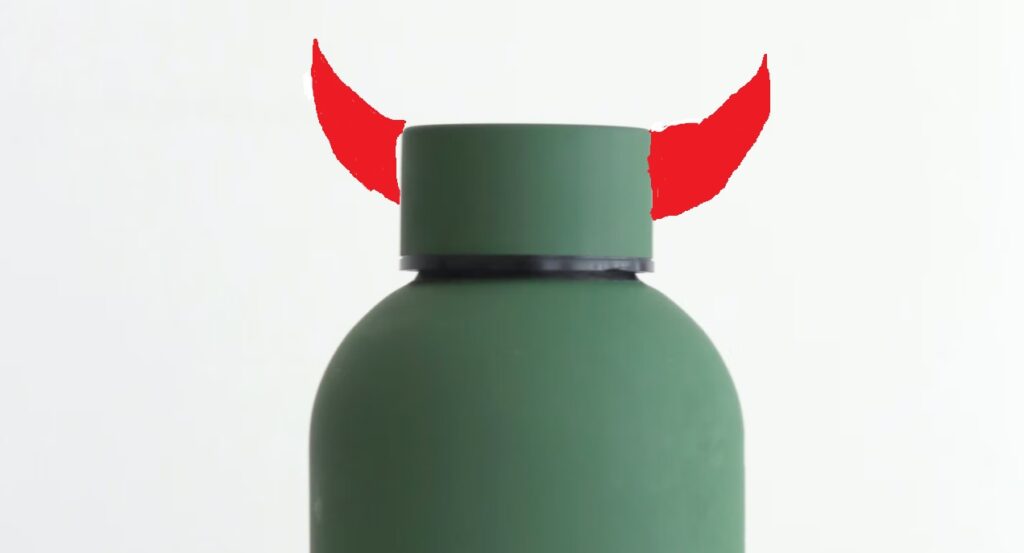 A few years ago I wrote an article arguing that fidget spinners had no place in the classroom. It was a popular article, but the cost of writing a popular article is a few strongly negative responses. One blogger insisted that my hatred of fidget spinners was an attack on students with learning disabilities because—at the time—it was believed that giving distracting toys to such students would help them pay attention. That was five years ago, and fidget spinners have gone the way of slap bracelets, although theorists with no classroom experience continue to tell teachers in the trenches how to do their jobs.

As can be deduced from the title, this little essay is about my decision to ban water bottles from my classroom next year. It’s a free country, of course, and readers are free to leave whatever comments they like wherever this article is shared, but I would like to preface those comments by saying that the only contrary opinions on the matter that I really care about are those of fellow teachers. Headmasters and principals would do well to listen to their teachers on this matter because unless you’re in a classroom with a dozen students, all of whom have water bottle, you’re a bit out of the loop.

The loop is this: every teacher I know hates water bottles. If you’re not a teacher, you might think bringing a water bottle to class rather innocuous. Teachers bring cups of coffee to class, don’t they? Office workers sip from cans of Diet Coke while fielding phone calls, don’t they? How is it different for students to bring water bottles to class?

Such questions are fair, but they reveal a lack of experience. The fact of the matter is that many of the “water bottles” students bring to class are the size of small aquariums and made of metal, which means they are not subtle, discreet objects. So far as desks go, water bottles occupy a significant portion of real estate. Unlike dropping a pencil, knocking a water bottle off a desk is an event which brings the class to a standstill so that people can turn, look, and laugh. Last month, in thesis presentations at classical schools across the nation, a steady procession of water bottles were tipped over, clanged loudly, and distracted an entire auditorium people who were trying to pay attention to a very important argument about travel sports teams. Unscrewing the lid of a water bottle often involves audible grinding and squealing and when students fill their little aquariums with ice in the morning, lifting the two-pound bottle to their mouths noisily jostles all the cubes. Most water bottles are big enough that unscrewing the lid requires five or six turns, which means that—when you count the time to screw the lid back on—taking a sip from a Yeti can easily take half a minute.

For all these reasons, students with water bottles are absolutely nothing like teachers with coffee cups or receptionists with cans of Diet Coke. Today’s water bottle is a cartoonishly large, cartoonishly loud object. Unlike the teacher or the receptionist who have work to do, high school students are simply sitting and listening, which means they fidget often and when they do, they fidget with something which is big enough to disrupt the entire class.

Ask any teacher: water bottles are a scourge on the classroom.

For teachers, what is even more obnoxious than the noise of water bottles is the absurd attempt to justify them. Any teacher who bans water bottles from the classroom can expect a little mob of pearl-clutching students (and probably a few parents) to insist that their sons and daughters need to “stay hydrated.” As with the fidget spinner fad, our “need” for water bottles has a tissue-like connection to “science.” I put that word in quotes, because the science behind our need to “stay hydrated” is even thinner and more tawdry than “the science” behind wearing two masks. Remember that one? Most of the people claiming it’s important to “stay hydrated” are simply repeating something they heard a friend say over brunch.

I also put quotes around “stay hydrated” because “staying hydrated” is no longer about drinking a reasonable amount of water every day. “Staying hydrated” is now a euphemism for bringing a titanium punch bowl to class and loudly microdosing fluid every ten minutes. How much water is a student sipping from his punch bowl over the course of an hour? Four ounces? Six? Eight? At present, he is drinking this water in the most distracting, obnoxious manner possible. If he wants to “stay hydrated,” let him drink eight ounces of water between classes. Let him drink a pint of water at lunch.

Be reasonable. If you’re going to argue water bottles are necessary in the classroom, how did we do without them for centuries? How did we do without them fifteen years ago? What sort of problems have we eliminated since bringing water bottles in the classroom? Every teacher can certainly tell you about the problems we’ve created since bringing them in.

Water bottles are the sort of cultural clutter which slowly accrues in the classroom and must be tidied up from time to time. It was fidget spinners five years ago. Five years from now, some new science-backed distraction will creep into our classrooms. Theorists and zeitgeist surfers with no classroom experience will express outrage that experience and common sense proves them wrong. Reasonable administrators and teachers will resist the new foolishness, reliably offended people will be offended, pitch a fit, and then everyone will move on. If you want to be a teacher, you don’t need a steel water bottle. You need a steel stomach.

3 thoughts on “I Am Banning Water Bottles From My Classroom”