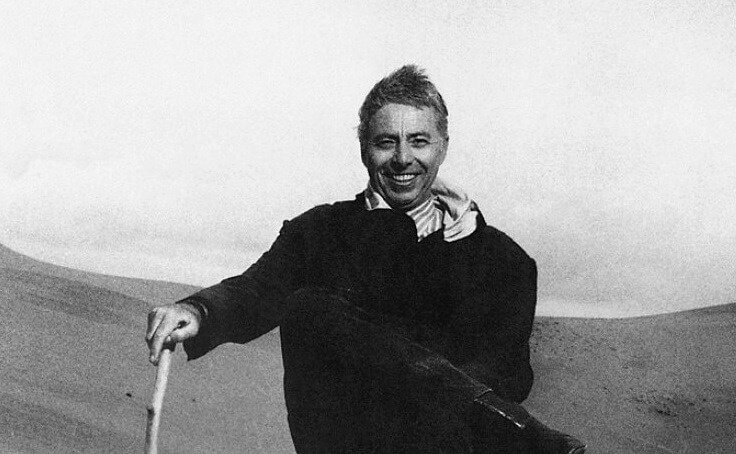 If you have read this column with any sort of regularity over the last several years, you have indirectly benefitted from the work of Harold Budd, who passed away on December 8th at the age of 84. Harold Budd is one of perhaps just three musicians who I listen to while writing. He was my regular companion while drafting essays on pedagogy, tradition, and classic literature.

After quitting music for some time and teaching at the California Institute of the Arts, Budd fell in with Brian Eno who had lately released Discreet Music (1975), a precursor to the “ambient music” genre both fellows would soon thereafter come to be known for. In 1978, Eno released Ambient 1: Music For Airports, wherein he claimed ambient music was “as ignorable as it is interesting.” Eno produced Budd’s The Pavilion of Dreams in 1978, as well, a lush and ethereal album with a globetrotting aesthetic that was quite a bit different from Eno’s own interests at the time.

The two would collaborate again on The Plateaux of Mirror in 1980 and The Pearl in 1984. Their partnership was mutually productive. While Eno first conceived of ambient music as “music for airports,” it was Harold Budd who pushed Eno to think of ambient music as a reflection of nature, not a reflection of modernity. In the forty years since The Plateaux of Mirror was released, ambient music has split between artists who see it as homage to nature and those who see it as the soundtrack to urban alienation (or thereabouts). Budd’s boredom with the avant-garde was reflected in his desire “to create music that was so sweet and pretty and decorative that it would positively upset and revolt the avant-garde, whose ugly sounds had by now become a new orthodoxy.” Leaving behind an academic music scene that thought cacophony, atonality, and discord quite sophisticated, Budd spent the 1980s making still, spacious music that was amenable to domesticity.

Put another way, Harold made music that was serene without being sentimental. It is this which separates his work from New Age music, which emerged around the same time. His best records are invitations to contemplation, quietude, nostalgia, and intellectual work. While Budd’s music was not sophisticated (like Bach or Rachmaninoff), it represented the sort of peace God offers in the rattling swells of cicadas, the aimless songs of birds, the rustling of leaves, the crashing of waves, the murmuring of rivers. As opposed to simply recording the sounds of nature, Harold Budd interpreted, refined, and glorified the sonic consolations of the Earth through his simple compositions.

As I have entered the productive years of my life, I have gradually tired of the passionate music I adored in my youth and grown affectionate toward the hushed, halcyon moods which Harold Budd created. A vesperal atmosphere slowly settles in any room where his music is playing. When I write, Budd’s music is just assertive enough to be felt, but not so forceful as to dominate or confuse my thoughts. Over the last three years, there is no artist whose music I have listened to more often. I was, in fact, listening to his music when a friend sent me a text informing me of his passing.

In keeping with Eno’s claim that ambient music is “as ignorable as it is interesting,” I could fall asleep to Budd’s The White Arcades (1988), but I have also kept myself awake and alert listening to it while driving on a barren highway at two in the afternoon. “The Child With The Lion,” the best track on The White Arcades and one of my favorite of Budd’s compositions, is little more than a synthesizer meandering from one thought to another, as a mind at leisure is prone to do. The song begins with some wonderful realization, then moves into speculation, remembrance, confession, concession, then trails off in placid reverie. Most of Budd’s albums of the 1980s rely heavily on synthesizer. His first album in the following decade, By The Dawn’s Early Light (1991), opens with Budd’s most affecting five minutes of music, “Boy About 10,” a haunting piece mainly composed for violin. It reminds me of a wiser, more melancholic, more desperate, and perhaps slightly skeptical take on the too-fond “Ashokan Farewell” we all know from Ken Burns’ Civil War series.

The decade or so which followed By The Day’s Early Light was not particularly strong for Harold. She Is A Phantom (1994) fails to land on any consistent, groupable set of emotions or ideas. Budd collaborated with French composer Hector Zazou on the mostly unpleasant Glyph in 1995, though he never worked with Zazou again—an oddity for Harold, who usually recorded three or four albums with his collaborators, as he did with Brian Eno, John Foxx, Clive Wright, and Robin Guthrie.

Between 2003 and 2013, Budd released seventeen albums, including the late career highlights Bordeaux (2011) and Perhaps (2007), a sparse, seventy-three-minute long solo piano album with more blank space than notes. When I don’t know what to listen to, I put on Perhaps.

While I think it fair to say that Budd made his best music while in his 40s, he was the rare sort of man whose period of greatest productivity did not come until he was in his 70s. Off the top of my head, I cannot think of another artist of any sort—musician, poet, novelist, painter, filmmaker—of whom this is true. Of course, given that Budd’s music had always been slow, soft, and serene, it is fitting he would find his 70s such an agreeable, fruitful season of life.

On the evening he died, I commended Harold Budd’s soul to God in prayer, as I always do when someone I care about passes away. According to the formula of the prayer, I beseeched the Lord to grant his soul rest and repose, though I lingered on these two words longer than I normally do when reciting the prayer. It struck me as quite proper that I should ask God to grant Harold’s soul rest and repose given how much rest and repose—the earthly sort, at least—I had enjoyed on account of his talents.