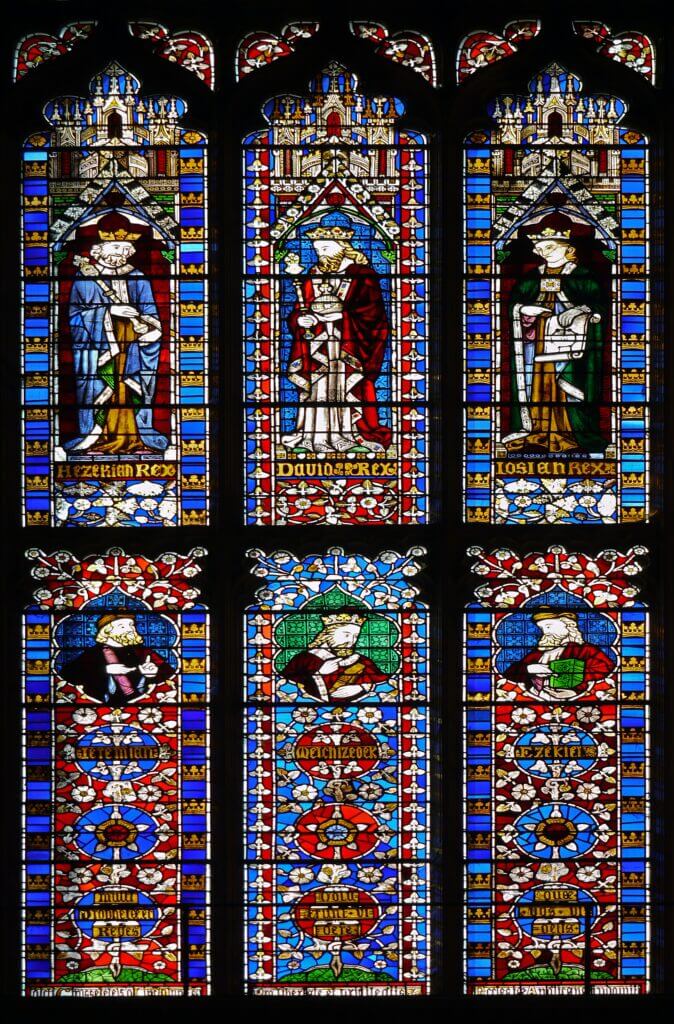 Five years ago, Tom and Hayley Bowen walked into a crowded conference room in London. After finding out about it the day before, they attended a gathering hosted by Christian Concern on being vocal Christians in an increasingly secular society. At this conference, they first learned about the classical Christian model of education from Revd. Dr. Joe Boot of Westminster Chapel in Canada. “As soon as I found out what it was, I felt like I had been cheated out of an education,” Hayley, who along with Tom had passed through the state education system in England, reflected. “It (the state system) was a factory production line, but the products were not good.”

Right away, Tom says, something clicked. They wished they could go back to have a classical education for themselves. Simultaneously, they knew that this was the education they wanted for their children. The problem, however, was that no classical Christian schools existed in the United Kingdom. None. At that same conference, in conversation, Andrea Williams—the Chief Executive of Christian Concern—suggested they start a school and their first response was: “No.”

However, after further reading and praying, they began a lengthy process that would culminate in their official Ofsted registration this July for The King Alfred School: England’s first classical Christian school. Not first ever, as both Tom and Hayley recognize the lengthy and rich heritage of classical Christian education in Britain; instead, The King Alfred School is the first school in the revival of this distinct form of education in the United Kingdom. From locating a school building to finding and adapting a curriculum, Tom and Hayley have had a massive task ahead of them simply in getting the school ready for pupils in the Michelmas term in September. While starting a school has its own organic challenges, they have found themselves saddled with the additional obstacles and responsibilities of starting a distinctly Christian institution in a post-Christian nation.

Cut off from their Christian Heritage

In America, the classical movement has been growing steadily since 1980. For forty years, parents, administrators, and teachers have been spreading the word, starting schools, and turning out classical graduates. In England, none of that same work has been done. Leadership at The King Alfred School has found that before even explaining the benefits of classical education, they have to convince Christian parents that an academically robust, uncompromisingly Christian education is worth the investment.

“Generations,” Tom says, “have been cut off from their Christian heritage. We have been educated to despise it.” The effect of this is most clear in the churches. The area surrounding the school—suburbs of Birmingham and Wolverhampton—is filled with incredibly old and beautiful church buildings with dwindling, aging congregations. About ninety percent of these congregations are over fifty, a local rector explained. “There is a lost generation,” he said. Probably more than just one.

Church membership, while not a direct correlation to the health of Christianity in a nation, is nevertheless a helpful metric. In the local area around the school, it is abundantly clear that the church is in crisis and unless something changes, these Christian communities will only continue to shrink. Even so, there is limited support among these same communities for the school. While they readily acknowledge and see the problems, many leaders in the church are wary of or resistant to the work that The King Alfred School is doing to address them. Tom, Hayley, and the leadership of the school have found only a handful of churches so far that are willing to partner with them. “I am skeptical of anyone who claims they have the Truth,” a local priest proclaimed boldly in conversation after a Sunday service: a hard sell for an education centered on the Good, the True, and the Beautiful.

Through everything that has needed to be done, God has been faithful and the school is nevertheless ready for its first year beginning September 2021. At the same time, there remains much work to do, and since The King Alfred School is the first of its kind, the staff and leadership have had to do the double work of explaining the need for Christian education in a post-Christian nation together with the work of establishing a strong classical Christian school: all with limited financial support.

Tom and Hayley are thankful for the support they have already had from American schools and churches. “I am really grateful that Americans care more about preserving our culture than we (the English) do,” Hayley said, laughing at the irony. “A couple biblical passages come to mind,” Tom continued. “I think of Paul’s second letter to the Corinthians explaining the physical need of the Jews and then asking for that need to be met by the Greeks who have received the spiritual blessing from Israel.” There are hundreds of classical schools in America benefiting from the English heritage and studying Shakespeare, Milton, and Austen. Now England needs support from America in order to preserve this heritage in England through classical Christian education. For those interested in supporting the work at The King Alfred School, there are a number of ways to join as classical partners. Please get in contact through our website: https://www.thekingalfredschool.co.uk/support-us. We would love to hear from you and talk with you in greater detail about the ongoing work here in England.

Jonathan Hodge is an American classical educator who recently moved to England with his wife to be Deputy Head Teacher at the King Alfred School.