A Conversation With My Daughter About Keeping A Diary 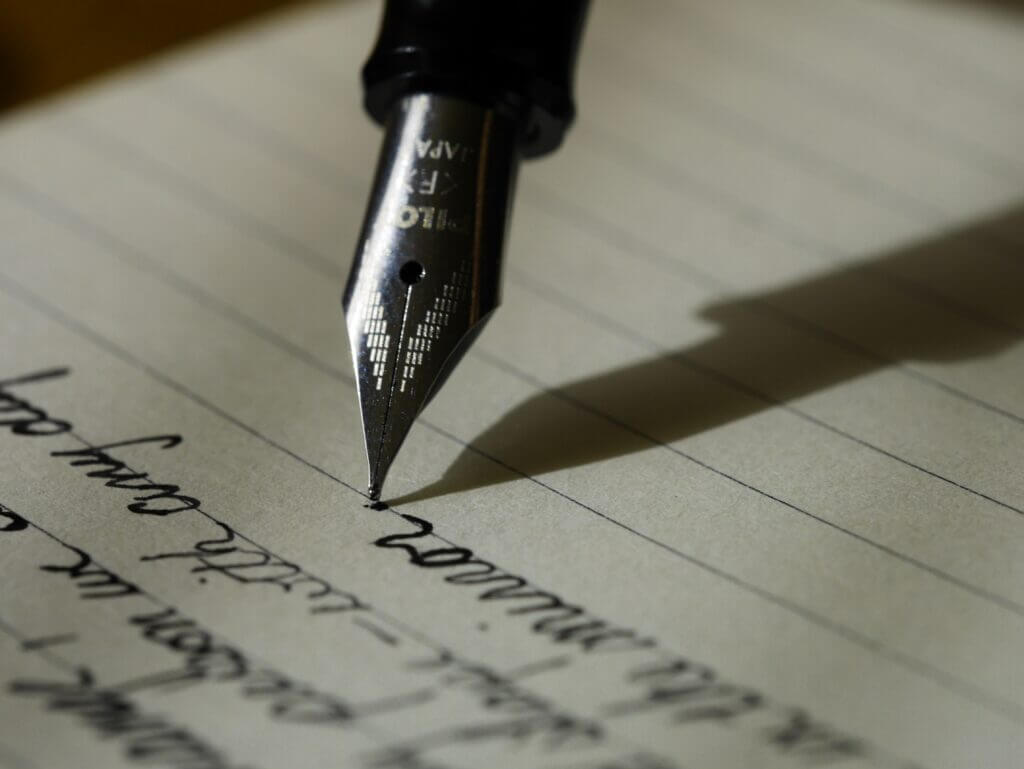 The following dialogue is adapted from a conversation I recently had with my daughter.

Camilla: My new diary arrived in the mail today.

Gibbs: Before you start this diary, I’m going to lay down a few rules for how it can be kept.

Camilla: What are the rules?

Gibbs: First, your diary will not be a secret diary. I might pick it up and read it whenever I choose. Second, the diary cannot take away from the other writing you do, especially letter writing.

Camilla: Why can’t it be a secret diary?

Gibbs: Secret diaries encourage the worst and darkest sorts of thoughts a person has. Secret diaries are often filled with complaints, insults, and grievances with others. Why? A secret diary needs a reason to be secret, which means you will fill it with the sorts of thoughts you don’t want other people hearing, which either means confessing your own sins or the sins of others. A diary is no place to confess your sins, though, because a diary can’t forgive you. And it’s no place to catalogue the sins of others.

Camilla: But if I already have those thoughts about others, how does writing them down make them any worse?

Gibbs: Writing things down formalizes them, confirms them, solidifies them. Writing down your thoughts takes time, and so you linger over all the unsavory thoughts you don’t want others to hear. It is one thing to have those thoughts, but another thing to dwell on them. If you have a mean or nasty thought about someone, there’s no need to make them permanent by recording them and coming back to them later.

Camilla: What should I write in my diary, then?

Gibbs: Try to keep your entries short and worth rereading later. There’s really no point in writing, “I failed a math test today and we had chicken provençal for dinner.” Who cares? Use a diary to record your thoughts on how the world works—on how boys work, how girls work, how teachers work. Try to keep your observations to a sentence or two.

Camilla: I don’t get it. How do I keep my observations to a sentence or two?

Gibbs: Think about your teachers for a moment.

Camilla: When the students obey.

Camilla: Because it makes them feel like they’re good at their jobs.

Gibbs: So, “Teachers want students to obey because it makes them feel like they’re doing their jobs well.” There you go. That’s a fine little diary entry.

Gibbs: That sort of diary keeping has been done for many thousands of years. Really, that’s what any collection of proverbs is. Blaise Pascal wrote a book called Pensées, which is a diary of observations on the world. Some of his thoughts are about science or math, but a good deal of that book is just little things he notices about human nature. The sort of diary you’re thinking of—with complaints about people from school, and notes about what you wore—is a relatively modern invention. It requires cheap literacy and even cheaper paper in order to justify writing, “Brooklyn was a brat at school today and I ate peas for dinner.” Back when paper was expensive, no one was wasting it on such petty thoughts. That sort of diary keeping also requires the sort of self-obsession that has only been common since the French Revolution.

Camilla: What do you mean “self-obsession”?

Gibbs: Well, think about the other writing you do. What’s the difference between a diary and a letter?

Camilla: Somebody else reads a letter.

Gibbs: Right. And the fact that somebody else reads a letter effects what you write—but how so?

Camilla: You don’t tell them you had peas for dinner. They don’t care.

Gibbs: Yes, and when you write for others, you not only have to say things that will interest them, you have to say those things in an elegant, compelling way. When you write someone else, you have a reason to write well. When we write others, we’re ashamed to say petty, stupid things—and we’re especially ashamed to say those things in petty, stupid ways. It’s good we’re ashamed of such things. It keeps us from doing them. But when you write things that only you’re going to read, you lose a reason to be clear and compelling. That’s why I don’t want the diary to take the place of the other writing you’re doing. The sort of writing you do for others is more important and naturally less self-indulgent. Others will hold you to a far higher standard than you’ll hold yourself.

Camilla: Does this mean I can read your diary?

Gibbs: Ugh, that thing. No. That book has been sitting on the shelf for three years now, and I think I only ever filled in a few lines of it. But everything I’ve just told you I learned through experience. Besides, there are a thousand stories out there about secret diaries, and everybody knows why secret diaries are secret, and the sort of thoughts people write in them. A few years ago I saw a movie called First Reformed, which is quite good, and it’s about a minister who keeps a diary for a year and his whole life falls apart because of it. He writes down all of his sins and all his wretched thoughts, and as the year goes on and on, he finds it harder to accept forgiveness for his sins because he keeps pouring over them. He keeps returning to his wretched thoughts, as well, and the diary simply confirms for him—every time he pages through it—that he’s a terrible person. In the end, he kills himself.