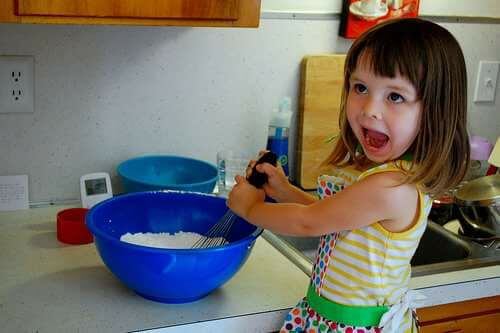 An obese man wants to lose weight. He hires a personal trainer and a nutritionist and informs them he wants to go from 300 pounds to 200. “I am willing to diet and exercise,” he tells them earnestly. The obese man purchases an expensive program with the personal trainer, whom he sees five days a week. The nutritionist advises the obese man on meal plans, and he begins eating grains for breakfast, a salad for lunch, and lean white meat and vegetables for dinner. He jogs a mile every morning, then works with his trainer at the gym for ninety minutes.

Three months pass and the man has lost no weight. The nutritionist inquires about his eating habits, and the man says he has eaten exactly what she told him to eat.

“Are you eating anything besides what I told you to eat?”

The man replies, “Before bed, I’ll have pizza, cake and ice cream, and a few Russian imperial stouts.”

The nutritionist asks, “Is that the only time you eat that kind of food?”

The man replies, “It’s typically what I eat on weekends. Monday through Friday, though, from breakfast till dinner, I keep the diet and do the exercise.”

Of course, merely keeping a diet for eight hours a day, five days a week, will not be sufficient to improve a man’s health. Neither will a classical education do much good if it is only kept on weekdays during business hours. It is possible for a man to undo his daily diet every night before bed, and it is likewise possible for everything that happens between 8am and 3pm at school to be erased at home between 3pm and bedtime.

If classical education were mainly concerned with students knowing what is right, then whatever took place in the life of the student between 3pm and bedtime would not matter so much. For all their faults, video games, pop music, and social media are not likely to scrub the memory. However, a classical education is more concerned with loving what is right than merely knowing it, and the culture and customs which are consumed and conducted after school can either strengthen the work of teachers, or simply blot it out. The young man who attends a classical school— but spends his free time playing Fortnite, listening to Top 40, watching banal television, and gossiping on social media— is never going to receive a classical education. He will merely come near it and occasionally sense its presence, perhaps in the same way a superstitious man sometimes claims there is a ghost in the room.

A classical education is offered in the classroom, but home and church must prepare the student to accept it. Parents are free to encourage and fund all sorts of interests and hobbies at home which will make the work of the teacher in the classroom all but impossible. The more time a student spends on a smart phone, the less interesting class will be, for the classroom cannot be clicked away from the moment it ceases to amuse. Smartphones incentivize boredom. The more sensual and overblown the music and movies a student consumes, the more dull class will seem. A good deal of popular culture is so anti-contemplative and so bent toward intellectual oblivion, a child with a steady diet of the stuff might as well come to class drunk. A good father must teach his children not only to steward their time, but to steward their affections. While concern for school should not govern everything which goes on at home, parents should often ask, “Will this make the job of my children’s teachers easier or harder?” when their kids ask to see a certain movie or read a certain book.

The health of the soul is a good bit like the health of the body: a breakthrough is not a macro-evolutionary leap. Let us say a runner wants to to get below a six-minute mile. Over months of struggle, he shaves seconds off his time. A genuine epiphany might be nothing more than finishing the run a mere thirty seconds faster than yesterday. Runners whittle their way down to six-minute miles, but couch potatoes do not suddenly run them. God is in the habit of miraculously healing people with cancer and heart disease, but stories of limbs growing back are nearly unheard of. God has a respect for the autonomy of nature which He is slow to violate, and this includes human nature. As Lewis comments somewhere, the miracles of God typically speed up the processes of nature, but do not overturn it. Virtue may be supernatural, but the cultivation of virtue is natural. For this cause, Christ consistently draws on parables and common-sense stories to justify the ways of the Kingdom to men. “A man reaps what he sows,” teaches Christ, and St. Paul reiterates, “A laborer is worthy of his wagers,” both of which are hard news for anyone who was hoping to suddenly, from a reclining position, gain volumes of prudence and self-control.

If a student wants to become a better writer and does everything his composition teacher asks for a whole year, but he is still just as awkward and unclear as before, the problem is probably not that he needs a tutor over the summer, but that he needs to get rid of his phone. A classical education is not a set of facts, but a pattern of living. Parents confirm or deny the value of a classical education in the way they govern the home. “I want my child to have the education I never had,” is a noble sentiment, but it must be established in the home with old books, classic films, noble music, and meals eaten together. Screen time must be governed like a communicable disease. Family traditions and ecclesial traditions must be respected. Spirit-crushing amusements must be kept at bay. Prayer must be communal and regular. Habitual work to maintain the order and beauty of the home should be performed by the entire family. Beds must be made. In this, the student prepares to receive the wisdom of ages. If everything at home is a rush job, though, the best classical school will merely be a day care.