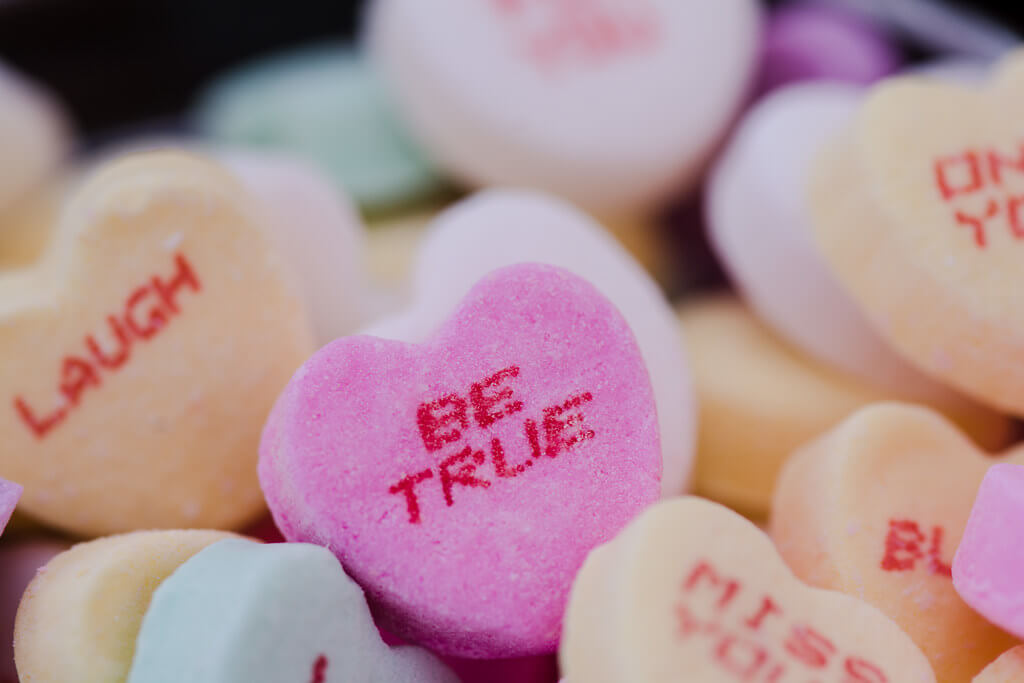 Christian history is a beautiful tapestry, interwoven with legends and stories, some made bigger or different with time. Stories of some of the early martyrs, for example, handed down orally, were likely embellished and romanticized, but not without reason or benefit. Such is the story of St. Valentine – a priest in Rome during the reign of Emperor Claudius II. According to tradition, Valentine, having been imprisoned and beaten, was beheaded on February 14, about 270, along the Flaminian Way.

How then did his martyrdom become a day for love and flowers, heart candies that taste like chalk, and little poems reading “Roses are red…”?

According to tellings and retellings handed down, Valentine undercut an edict of Emperor Claudius II. Wanting to more easily recruit soldiers for his army, Claudius had tried to weaken family ties by forbidding marriage. Valentine, ignoring the order, secretly married young couples anyway and, when these activities were uncovered, it led to his arrest.

Furthermore, Valentine was said to have a romantic interest of his own. While in prison he became friends with the jailer’s daughter, and being deprived of books he amused himself by cutting shapes in paper and writing notes to her. His last note arrived on the morning of his death and ended with the words “Your Valentine.”

It seems, however, that Valentine’s martyrdom was rooted in a far more direct confrontation he had with the emperor. According to The Golden Legend: Readings on the Saints, Claudius directly asked Valentine: “Why do you not win our friendship by adoring our gods and abandoning your vain superstitions?” To which Valentine replied, “If you but knew the grace of God, you would not say such things! You would turn your mind away from your idols and adore the God who is in heaven.” The exchange continued, with Valentine calling the emperor to reject the Roman gods and believe in Christ.

In 496, February 14 was named as a holiday in his honor. By this time Christianity had long been legalized in the empire, and many pagan celebrations were being replaced with Christianized celebrations. One of them was a Roman festival named Lupercalia, which was a pagan celebration of love. This holiday was replaced by St. Valentine’s Day with its more innocent customs of sending notes and gifts and other expressions of affection.

Does any real truth lie behind the stories of St. Valentine? Sure. He likely conducted underground weddings and sent notes to the jailer’s daughter. He might have even signed them “Your Valentine.” We can all hope he never started love poems with “Roses are red, violets are blue.” He did, however, die for his faith, and perhaps even for his allegiance to the God-ordained practice of marriage.

While many skeptically say that the day is a “greeting card” conspiracy, it actually serves an important purpose: to remind us that love needs to be renewed. God has woven such “renewals” into the lives of His people. Communion is a meal of God-imparted grace and spiritual renewal; sex in marriage is an act of covenantal renewal; and even confession of sin renews us in the mercy and grace of God. St. Valentine’s Day, then, is far more significant than we typically think. It is, in miniature, a call to live like St. Valentine – to love the Lord our God to end, and love our neighbor as ourselves.