Why Growing Interest in Soccer Is a Sign of Moral Hope 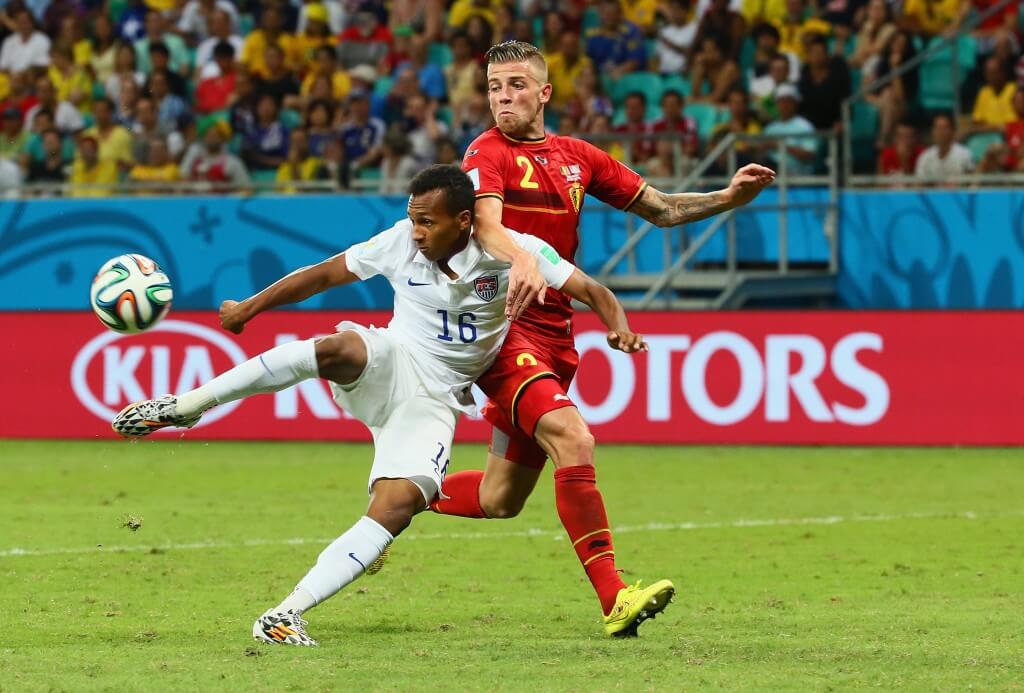 Ann Coulter’s recent article, “Any Growing Interest in Soccer is a Sign of Nation’s Moral Decay” displays her dazzling ability to write for profit and bolster her Google profile.

I’d argue with Coulter’s convictions if she had some. But based on the silliness of her arguments, her only genuine belief seems to be, “Thou shalt increase thy click-count.”

Coulter’s manufactured opinions are as follows: First, soccer is evidence of moral decay because it suppresses individualism. “Individual achievement is not a big factor in soccer,” she writes. “Do they even have MVPs?” —A three second web search would reveal that, yes, they do.

Then Coulter pushes a quasi-religious argument: She says soccer’s restriction against hands is a mistake of metaphysical proportion. After all, “what sets man apart from the lesser beasts, besides a soul, is that we have opposable thumbs.” Unrighteous is the sport that neglects players’ hands. (She gives new meaning to the maxim, “Idle hands are the devil’s workshop.)

But Coulter’s centerpiece is this: “Liberal moms like soccer.” She says more, but why bother? The accusation is the argument.

Coulter profits by stirring blinkered anger against liberals. Don’t like speaking to your liberal neighbor? Read Coulter’s How to Talk to a Liberal (If You Must). In it she claims that, “Nothing too extreme can be said about liberals because it’s all true.”

Largely unacquainted with religion herself, Coulter excels in marketing books to religious buyers. Godless: The Church of Liberalism earned her guest appearances on The 700 Club, Fox News, and your cranky uncle’s coffee table.

Although she likes selling religious books, she wiggles at some of Jesus’ teachings. Instead of loving your enemy, she proposes a different plan: “Invade their countries, kill their leaders, and convert them to Christianity.”

But let’s be fair. Buried under rhetoric, Coulter might genuinely dislike soccer. (One can hope.) For her, there’s plenty to dislike. Soccer is difficult to quantify, surely an affront to her jaded entrepreneurial instinct. Coulter sells lots of books, blogs, and blather—all of which can be measured. Books, through sales. Blogs, by clicks. Blather, in Fahrenheit.

I suspect Coulter dislikes soccer because it’s virtues cannot be quantified. Soccer can only be seen with artistic and moral vision. Brazil’s Thiago Silva has knightly self-control. France’s Paul Pogba is sublimely elegant. Argentina’s Leo Messi is the world’s best player because he is a virtuoso. In soccer, great defenders are courageous, great attackers are imaginative, hardworking midfielders are gallant.

Perhaps Coulter dislikes soccer, not just because it’s hard to quantify, but because soccer sometimes slips into cynicism. Cynicism is the worst insult to hurl at a soccer player. Cynical players foul to stop the free-flow of play, use barbarous tactics, flop to transmit blame. Cynicism mutilates the “beautiful game.”

If Coulter genuinely hates soccer, it is for the same reason Leo Tolstoy hated Shakespeare’s King Lear. Lear reminded Tolstoy of his worst self. Bad soccer reminds Coulter of her worst impulse, cynicism.

America’s interest in soccer is a sign of moral hope. Our affection for soccer reveals we still recognize artistry. We still perceive a goodness that cannot be measured.

Thank God for the insight. America’s lust for the measurable is grotesque. A glance at any official education website proves the point: We are obsessed with “measurable outcomes” and “efficiency criteria” and “performance standards.” Never mind the boys, girls, and teachers. Just focus on the data.[1]

In sports and education, we measure to the third decimal place. My favorite baseball player, Jayson Heyward, is not batting .24, he is batting .247. Two digits simply isn’t enough; we must have three.

Don’t misunderstand me. I love facts and figures. I ogle FiveThirtyEight.com, I love pie-charts, I check click-counts. Furthermore, I give my students grades and urge them toward high standards.

But I want more for my students than high grades. I want my students to be good. I want them to love virtue and artistry—things invisible to the naked spreadsheet.

Last week, ESPN informed viewers of the following statistic: In the World Cup group stage, the U.S.’s Michael Bradley had run two kilometers farther than any other player. Fans were not surprised because we had witnessed Bradley’s valor and spirit.

Yes, the U.S. lost to Belgium. But we fell in love with a team whose accolades were moral and whose heroes were artists. We fell for Tim Howard’s courage, Clint Dempsey’s creativity, Jermaine Jones’ bravery.

Our instinct for soccer is evidence of moral hope. May our desire increase.

[1] You might retort: “No measurables? You’re a teacher. Students need to be graded!” My response to your retort is to give it a C-. You can do better.