Whoever Has Doubted Little Believes Little.

"...doubt is still the lure that speeds us toward the height from crest to crest." 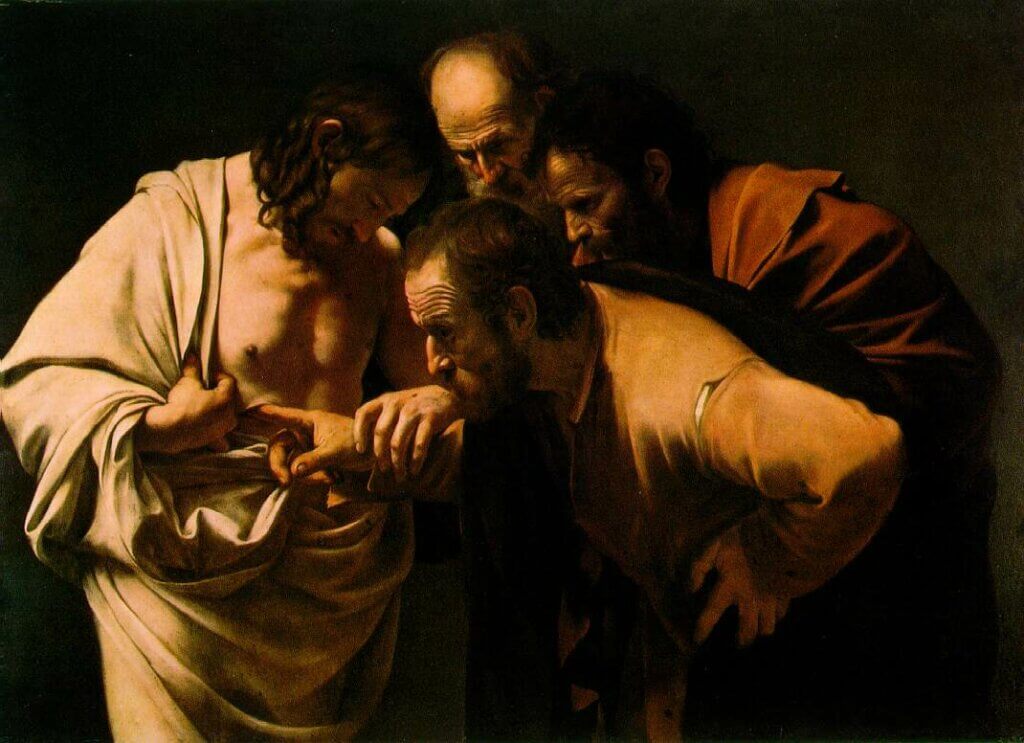 High school is that time when much of the natural child-like faith of childhood is laid aside, hopefully to be regained later, and a season of doubt and inquisition begins. If we learn nothing else from the rate of attrition in American church attendance over the twentieth century, especially among those in college, we should at least know and confess to have done a poor job responding to this doubt.

We speak of doubt as though it were the opposite of faith, antagonistic to faith, incompatible with faith. I have heard Christians say, “You either have faith in God or you doubt God,” which is exactly what their professors at Babylon University are apt to tell them. Consequently, when our young men and women sit in geology classes and philosophy classes, and find within themselves doubt in God, they take that doubt to be their genuine and deepest intellectual commitment. We have faith in God, though we can see our doubt. Faith sometimes seems as amorphous as the Northern Lights, though doubt is as solid as the double oak doors you push open on your way out of a cathedral.

And yet the father of the demoniac boy in Mark 9 prays, “I believe; help my unbelief!”

After the difficult teachings and obscure images Dante encounters in Hell and Puragtory, we might expect Paradise to be a place of (divine) simplicity, however, over the first ten cantos, we read a different story unfolding. What Dante finds in Heaven often baffles him to a greater degree than anything before. In the earliest cantos, Dante is embarrassed by his doubt that Heaven is just, but when he finds the courage to voice his concern in canto IV, we read:

Intellect, like a wild thing in its den,
When it has run and reached it, there can rest,
As reach it must, else all desire were vain.
Hence, at the foot of truth, the undying quest
Springs like a shoot, and doubt is still the lure
That speeds us toward the height from crest to crest.
This thought invites and makes me more secure
To ask you, Lady [Beatrice], with all reverence due,
About a further truth I find obscure…

Describing doubt as “the lure” that leads the intellect from the height of one wave to the next is fascinating, given that the Comedy so regularly depends on the metaphor of Dante sailing upon a little ship over the water. A fishing lure is often a metal object which catches the light, then loses it, catches the light, loses it again. It seems counter-intuitive to describe doubt as a thing which catches light, given that we think of doubt purely as a loss of light, a darkness. However, given that Dante is rising through the heavens, it seems reasonable to suggest the “crest to crest” is not “crest to equally high crest,” but “crest to higher crest.” The greater the doubt, the greater flash of light the lure of doubt catches as it draws a man higher and higher.

Several New Testament stories seem appropriate to invoke. When St. Thomas doubts the account of the apostles as to the Resurrection, he is not finally shut out of the apostolic community. Instead, the doubt of St. Thomas is a call which Christ answers by offering the saint His own body. The same is true of St. Peter, who walks on the water, but begins to sink when he sees the waves; in response to St. Peter’s doubt, Christ stretches out His hand for the saint to cling to. Christ does not punish the doubt of either apostle, but quiets the doubt with an even greater gift. Would you rather walk on water or touch Jesus Christ? When Peter doubts, Christ does not accuse him of being faithless, but asks, “You of little faith, why did you doubt?” Note the dynamics of the situation, though: Peter has faith in Christ and walks on water, he doubts and begins to sink, then He is lifted up by Christ. Our students are apt to go through such rising and falling and rising again many times over in their high school careers. To accuse a student in the midst of doubt of abandoning Christ is to break a bruised reed, to reach out from the boat and push St. Peter deeper into the waves.

Perhaps Christ allows all the apostles to put their fingers in His wounds, though Scripture records the invitation being extended to St. Thomas alone. It is easy to read St. Thomas’ words as some kind of proto-skeptic rhetoric: “Unless I see the nail marks in his hands and put my finger where the nails were, and put my hand into his side, I will not believe.” However, St. Thomas’ claim might also be read as a definition of belief. Belief in Christ is a true entrance into His suffering. If the man of faith has been crucified with Christ, he has not only seen the nail marks in his hands, but felt the nails driven into his own hands. Until you have been crucified with Christ, you do not believe.

Further, the doubt of St. Thomas not only leads to his own blessing, but all Christians. In the moment of Christ’s revelation of Himself to St. Thomas, the apostle exclaims, “My Lord and my God,” a claim essential in the early establishment of the doctrine of the dual nature of Jesus Christ. When Christ says to St. Thomas, “Because you have seen me, you have believed; blessed are those who have not seen and yet have believed,” we are tempted to read a rebuke, but this is because we assume doubt is evil. St. Thomas is not excluded from this late beatitude, for he has “seen” Christ and such seeing confirms St. Thomas’ virtue, for “Blessed are the pure in heart, for they shall see God.”

The Christian criminilzation of doubt must have something to do with the divinization of knowledge in the Enlightenment. I have been asked by strangers many times before, “Do you know that you are saved?” I often respond, “I have faith that I am saved. I hope I am saved. I love my salvation.” And the reply comes, “But do you know you are saved?” as though knowledge were greater than faith, hope and love.

While doubt is not sin, the relationship between doubt and faith recalls Christ’s declaration, “…whoever has been forgiven little loves little.” So, too, whoever has doubted little believes little. He who has doubted much believes much, though, or he will. Scoffing and skepticism are perversions of doubt. Genuine doubt is little more than a painful, though pious confession of ignorance, while skepticism is a reveling in ignorance and scoffing is the rejection of love as a means of knowledge. Within the Heavens of the Comedy, greater knowledge is a gift of doubt and doubt a gift of greater knowledge, though every crest of the waves exceeds the reach of the one before it.

When you see doubt in your students, see them as Thomas and Peter, or the father of a lost child who is on the verge of a great return. Speak to them in hope, teach them to wait for the wounds of Christ, the hand reaching down into the waves. In the life to come, we will no longer hope, but partake fully in the fruit of hope. Until then, doubt is a tool, a lure by which Christ catches the righteous into greater righteousness.

Note: Lest the intent of this essay be misread, I should note that absolutely nothing I have written here (at least in my own mind) stands in contradiction with Devin O’Donnell’s flawless “Credulitas” essays, which are my favorite pieces published on Forma this year. The doubt of Dante and St. Thomas does not undermine credulitas. Rather, it is an unfulfilled expression of credulitas- a photonegative of credulitas which awaits the color of divine revelation.