What If I Fail: The Model of Mary 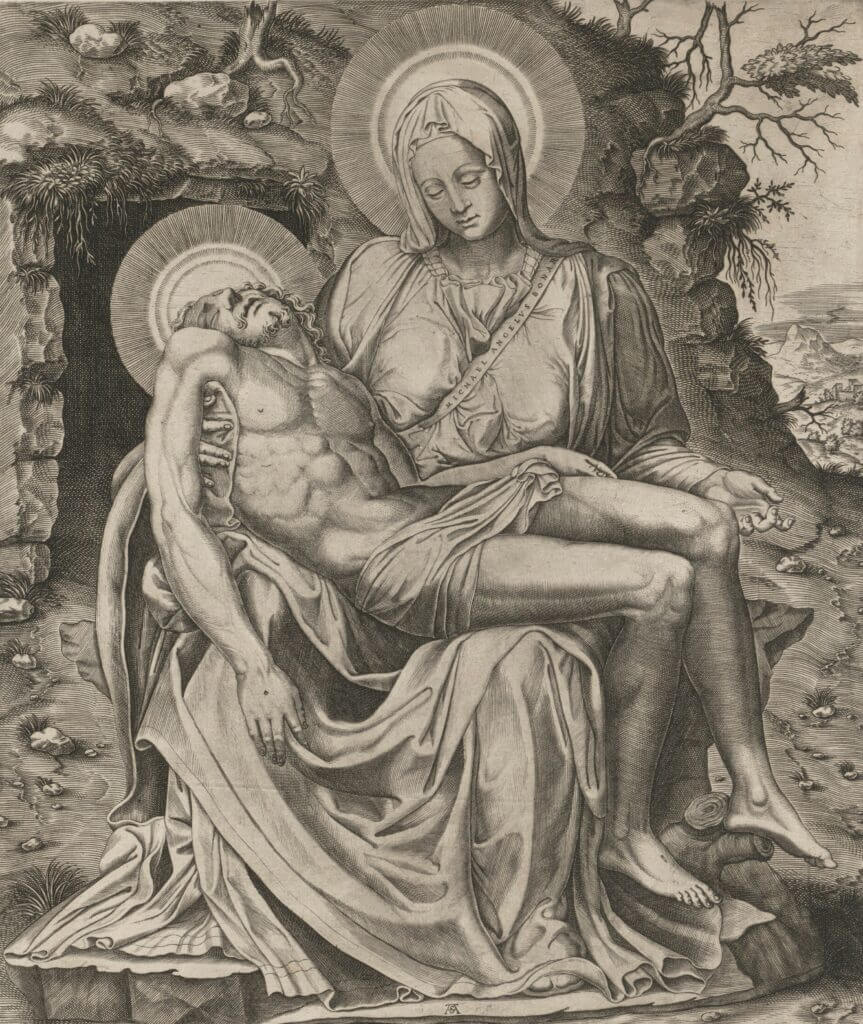 The Pietà is my favorite work of art. I’ve always thought it was beautiful, but since I listened to a lecture by Jordan Peterson,1 Michelangelo’s Mary reminds me that she brought her son into this world not understanding his divine destiny and fully understanding that he would suffer and die. All the same, her face is peace.

I am twenty-three, and only an aspiring mother, but when I used to think of having children, I thought of infants and toddlers. I never pictured a moment when I might hold a dead, adult son. I hadn’t pictured a gangly nine-year-old mercilessly being bullied, or even worse, bullying someone else. I hadn’t thought of a sixteen-year-old dying in a car crash or getting pregnant. I definitely had not thought of a twenty-year-old facing their first real failures and crises of doubt, or a forty-year-old desperately trying to stave off divorce. I hadn’t grieved that my child may one day be eighty and watch their friends, family, and own mind slowly sicken and die. In short, I hadn’t thought of my child as an entire life—a life that was independent from my control, but subject to all the same failure, pain, and ugliness as my own.

Of course I want my son to be a dashing air force pilot, doctor, congressman married to a lady of England. He will probably be an average looking fellow with an average job and wife. Probably he will spend a lot of time buckling under the same average catastrophes that we all do.

My mother had sky-high hopes for me. She homeschooled me, more or less classically. If all the speeches and articles I’ve read over the years about the benefits of Christian, classical education were accurate, I should be a mixture of Mother Teresa and Einstein by now. But I’m a slightly below average graduate student with a not particularly lucrative or impressive career to look forward to. I haven’t been brilliant, or served thousands, or even been particularly upstanding. I have met people who were public-schooled and much smarter than I am. I have met people who were not Christian and also much kinder than any Christian I’ve ever met. I have had many failures. Some were society’s fault, some my mom’s fault, some my circumstances’ fault, and all ultimately my fault. My mother has been tortured by my failures, and I have wondered if it is worth putting as much effort into educating my children as she did. A few times I have wondered if it is worth having children at all.

The Pietà is a statue of a mother destined to fail. She could not keep Christ safe or successful. The very fact that she was a mortal doomed him to pain and death. There were times when she did not understand, or doubted what he actually was. Perhaps sometimes he seemed to be just a homeless, unemployed rebel who died a slave’s death. She might have wondered why he didn’t just become a carpenter. Now we know that his death was his birth as the God so many millions worship today. But none of the people around him, including Mary, understood that transformation when he died.

Still, unlike the overprotective mothers that C.S. Lewis loves to portray and criticize throughout his works, Mary embraces her son’s death. Without knowing what we know, she holds him as if it were his birth. She is at peace, not because she did not care about her son, but according to C.S. Lewis: because she loved him more, not less. She loved him enough to love even what seemed to be the mess of his life and death. She loved God enough to love the tragedy that he had given her. The greatest mother was not naïve, not immune to pain, and not privy to the secrets of the universe. Bravely, she brought her child into the world and embraced a death that she could not understand or justify. She loved it all for itself.

When I have children someday, I want to be inspired by her example. I will educate them classically because I love the truth and the beauty in Latin and great books. I want to give my children the joy of logic and history as much as fireworks on the Fourth of July, or lights at Christmas. I will give them all the joy and light that I can, while embracing their inevitable failure and mine.

1. Jordan Peterson, “On the Death and Resurrection: A Psychological View in Five Parts,” Toronto, 2017.

Kelsie Stewart was classically homeschooled for most of her life. Currently she is a second year graduate student in classics and recently married.