What grievous sin have students committed by 8 o’clock in the morning? 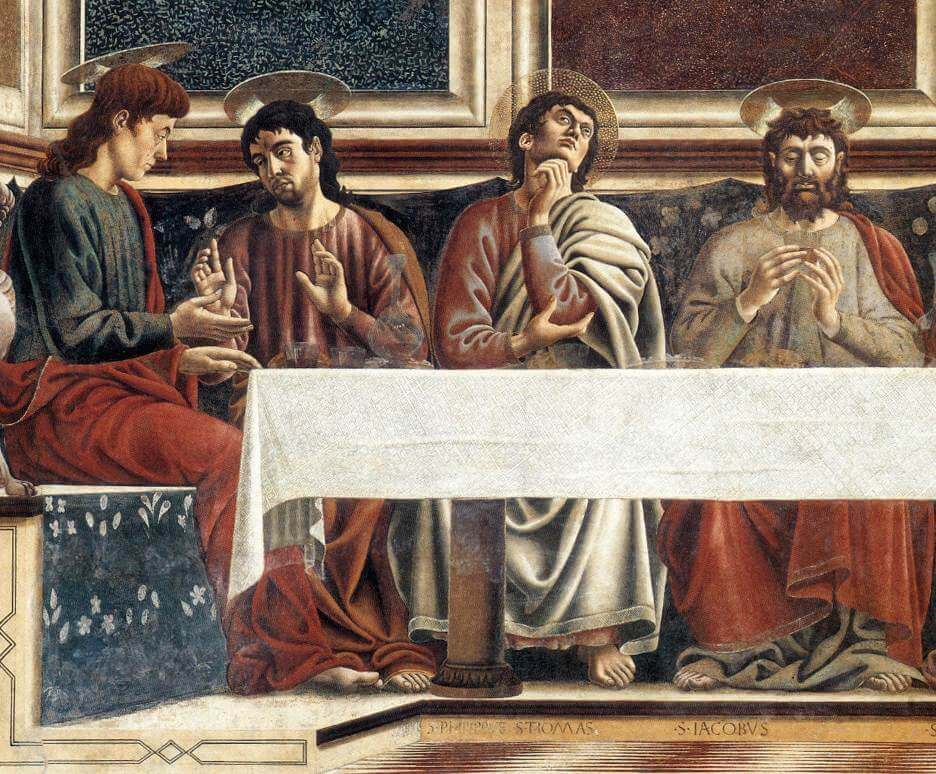 A dialogue with a parent, regarding the practice of confessing sins at Morning Prayer (the form of which is taken from the Book of Common Prayer).

It’s early. Sunlight pours into the riparian valley on which the campus of the classical Christian school sits. The Rhetoric School begins to gather at the doors of the auditorium for their ten-minute liturgy of prayer to start the day. Outside, a parent sees the Headmaster and shares concerns.

Parent: Hey quick question. His breath silver in the morning air. I noticed students follow a set thing for prayer, which is different than how I grew up. Which is fine. But the prayer time begins with them all confessing their sins. He laughs slightly, but only slightly. Kinda serious stuff: “We confess that we’ve sinned against You…” and then it goes on from there. Why is that?

Headmaster: Nods and smiles, knowing this question is likely not a “quick” one, he clarifies. Are you asking why we do Morning Prayer? Or why there is a section about confession of sin?

Parent: Yeah, the sin part. I guess I’m just confused why they start with it. I mean, I know the Bible says to confess our sins to God, but I’m just like, is that the best thing for them to get used to doing every day?

Headmaster: Well, I think you partly answered your own question there. But I’ll start from the beginning. Before we began this practice, I spoke to students in Chapel and tried to explain things to them and answer the same question you raise. I gave the usual reasons: Because it puts us right with God. Because it puts us right with our neighbor. And, if that wasn’t enough, because we’re simply told to do it. And the Bible doesn’t just say to confess your sins to God, by the way. James says, “Confess your sins to one another and pray for one another, that you may be healed.”

Parent: You mean you eventually want them to confess sin to each other?

Headmaster: It wouldn’t be the worst thing. I’m just pointing out that we often assume confession must be entirely a private matter. We even assume students have the right language to confess their sin.

Parent: What does that mean? What do you mean, “language”? His eyebrows are furrowed in earnest.

Headmaster: Well, think about the words of the confession: “Most merciful God, we confess that we have sinned against you in thought, word, and deed, by what we have done, and by what we have left undone. We have not loved you with our whole heart; we have not loved our neighbors as ourselves. We are truly sorry and we humbly repent. For the sake of your Son Jesus Christ, have mercy on us and forgive us; that we may delight in your will, and walk in your ways, to the glory of your Name. Amen.” Aside from it standing as a stunningly beautiful confession, it is doctrinally sound. That language is Biblical. It’s comprehensive. And it provides a final rationale: “That we might delight in your will, and walk in your ways.”

Headmaster: Add to this the repetition of doing it three days a week for thirty-six weeks, and students will have memorized these beautiful words. The language of confession becomes part of their mental and spiritual furniture, springing to their lips, maybe without realizing it, at times when they do feel compelled to ask forgiveness for something they did.

Parent: Okay. I get it. I know you’ve talked before about how education is not just informational, but formational. Which is fine and good. I’m fine with that I guess. I just wonder if it’s not too heavy for them. I mean, what grievous sin have students committed by eight o’clock in the morning?

Headmaster: Laughing a little. Okay. I’ll give you the benefit of the doubt. What if they, largely remaining in their innocence, haven’t really committed a terrible sin or a mortal iniquity that endangers their soul. Assuming this, what is the use of a 9th grader confessing their venial faults, first thing in the morning?

Headmaster: Look, maybe it’s more helpful to consider what we might call the psychological aspect of confession. David says in Psalm 139, “Search me, O God, and know my heart: try me, and know my thoughts: And see if there be any wicked way in me, and lead me in the way everlasting.” This implies that he doesn’t completely know himself, and he acknowledges that he might have sinned in some unknown way.

Parent: Still. Wouldn’t that be obvious?

Headmaster: No. Not necessarily. Life is full of moments where we thought one thing and then realize reality’s another thing entirely. Couple months ago, I was playing soccer and was injured. For almost week I thought another player kicked me from behind and then ran away. After doctor visits, I realized later I tore my achilles.

Parent: Where is this going?

Headmaster: The point is we think we know our own feelings, or we too often trust our own assessment of things. The heart of man is deceitful above all things. Jeremiah asks, “Who can know it?” This is the meaning of a “conscience,” a word meaning “knowledge with.” In other words, we need someone else, or other voices outside us, to tell us who we are. Who we are according to a standard outside ourselves.

Parent: I agree. So confession of sin for 9th graders forms their conscience. I get that’s your argument. Still I think they might feel it’s depressing.

Headmaster: Twitching a bit, though keeping a composed countenance. What students feel about things is an interesting topic; I’ve spent over 15 years teaching young people, and in general, I’m reluctant to give the feelings of students much weight. That’s a different conversation. My point is that it is dangerous if we find ourselves only willing to confess our sins when we feel like it. What happens, for instance, when we become hardened to things and certain sins no longer bother us anymore? Pauses for effect. If we only confess sin when we happen to feel bad about something we’ve done, then we subject our Christian experience and practices to our feelings. Which, I would add, is a general habit that we Evangelicals can often fall into. Regular confession doesn’t just cleanse us in the light of a holy God. It cultivates humility and reinforces the assumption that we don’t know ourselves as well as we might think.

Parent: That’s what I mean. Don’t you think that’s a bit depressing? I mean, teenagers are so vulnerable today.

Headmaster: Really? Compared to what? Look, even Job offers prayer and confession of behalf his children. You know when he rose early in the morning. He says something like, “It may be that my kids have sinned and cursed God in their hearts.” It also says he did it regularly, but it’s the may be that’s important. Job doesn’t know if his kids sinned, and he intercedes anyway.

Parent: He looks at his iPhone.

Headmaster: Here’s the thing: it might be clearer if we jump to a passage in the New Testament. 1 John tells us, “If we say we have no sin, we deceive ourselves, and the truth is not in us.” The very next verse (verse 9) is a favorite for many: “If we confess our sins, he is faithful and just to forgive us our sins and to cleanse us from all unrighteousness.” This is basically what confession accomplishes for us. It protects us from deceiving ourselves and not having the truth in us. It is medicine against self-deception.

Parent: Okay. Overall, I think you and I get that. But do our kids? That’s my concern. I mean you could just explain that point to them. Give them a talk at Assembly, that tells them why they should confess their sins on their own regularly, without having the awkwardness or discomfort of everybody saying, you know, “We confess our sins, O Lord.” Just saying. It sounds a little monkish.

Headmaster: Laughing. You say that like it’s bad thing. To your point, yes, I could give simply an exhortation. And I will. But it won’t have the same effect. As a Christian school, these are the “liturgies” of our education. They don’t just inform. Students will be shaped through this daily habit, and the end, as the prayer says, is that they might delight in God’s will and walk in his ways. It takes time. And maybe some getting used to at first. But still, I can’t think of a better way to begin the school day.

Parent: Yeah look, I just thought I’d ask. I mean, it’s not that big a deal. I totally trust the school and support you all.

Headmaster: A knowing smile creeps across the Headmaster’s face. Glad to hear it.