What To Do With Your Classical Education 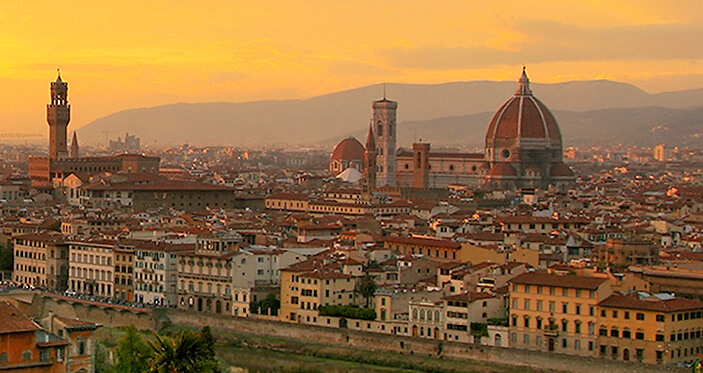 “How to help your students fall in love with classical education” is a common theme of the classical renewal’s spokesmen. “How to help them once they do” is a more rare, yet equally pressing, issue.

Consider: students who fall in love with the classical tradition inherit a wealth of wisdom, knowledge, beauty, and virtue; yet, paradoxically, many of them also sustain a sense of loss, or lost-ness, as they graduate from school and attempt to connect the verities of the classical tradition to the realities of the cultural world they inhabit. Like the traveler who goes abroad and finds that his fortune can buy him nothing till he changes its currency, so the heirs of classical riches realize their treasure has small purchasing power in the brave new world. Plato and Aristotle, Vergil and Dante, art and music, Prudence, Temperance, Justice, Fortitude—not to mention Spenserian stanzas, Dorian modes, Latin declensions, Zeno’s paradoxes, and the Fibonacci sequence—rattle like coins from an archeological dig when thrown into twenty-first century life. Beautiful, curious, valuable in themselves or in a museum, they remain utterly unquantifiable in the daily world of getting and spending.

When they love the particular treasures of the tradition, its authors, ideas, images, and moments, students are not content merely to apply their skills in formal logic to workplace problem-solving, or to prettify with rhetorical flourish their everyday social exchanges—the kinds of applications that sometimes feature in classical-school advertising. Instead, they long for Aquinas’s arguments for God’s existence, or Fra Angelico’s luminous frescoes, or Bach’s fugal intricacies (the abstractions, images, music of the tradition), to somehow be real and meaningful in the way that the Gross Domestic Product, or Apple and Amazon’s logos, or Taylor Swift’s crooning (the abstractions, images, music of “the real world”) are real and meaningful to everyone around them. Among adults, school teachers and homeschool moms are the privileged few whose workaday life is the life of the tradition; the rest find that the gift of wealth has made them paupers, the discovery of a fatherland, exiles.

If we lived in Dante’s Italy or Shakespeare’s England, or maybe even Jefferson’s America, classical teachers could, like legal aides, transfer the inheritance to their students and then send them off to spend it. But in our world, students need far more from us. If they are to experience a kind of exile, they need to be shown how to build homely homes in a foreign land; if they are to possess a fortune in outdated commodities, they need to be initiated in the alchemy that transforms it to universal gold.

This does not mean spending five minutes after a Socratic circle making hasty applications of Plato’s Republic to a middle-schooler’s life. Though it is well and good to exercise Temperance in one’s social media usage, considering this the contemporary fulfillment of the cardinal virtue strips away the context that imbues it with nuance and nobility, inspiring and strengthening the one pursuing the it. The context in which Temperance has been shown to flourish includes an understanding of the Platonic soul, a love of medieval chivalry, tales of gods and heroes, shared in common by a community, painted on the walls of public buildings, retold in the songs that everyone hums. Similarly, the theological virtues of Faith, Hope, and Love flourish in a context where Scripture is read communally, prayers (both ancient and extemporaneous) punctuate the day, hymns are sung with gusto, stories of saints and missionaries regale the evening hours. Restoring such context is what it means to make classical learning the heart of everyday life: not just making “relevant” applications, but rebuilding a culture—again, homemaking in exile.

And though “rebuilding a culture” sounds grand, what it means, and what it means we must teach students, is small, specific acts. Neither the Golden Age of Athens nor the Italian Renaissance came about because every Athenian and Italian made art, but because most Athenians and Italians had learned to delight in it.

So too, cultural rebuilding begins humbly, in our homes, the places over which we each have been lent authority to create culture through small, simple acts: having and raising children, considering ourselves their primary teachers no matter where they receive their formal schooling, filling walls with fine art and shelves with books, reading aloud rather than watching Netflix for family entertainment, encouraging dinner table conversation of the day’s musings as well as its happenings, tuning to the classical rather than the pop station, making family outings to art museums and symphonies, eschewing Instagram and Pinterest, reviving a sense of history by reclaiming ancient traditions. As classical culture is slowly revived in our homes, we can further its influence through hospitality: hosting reading groups that delve the Great Books, organizing gatherings where local learned folks can give talks and answer questions about their interests, starting extracurricular or homeschool classical classes for the children of your church, meeting weekly with a friend to work together through a Greek or Latin textbook.

And herein lies the alchemy. As the classical tradition becomes part of the daily life of a family and the family’s friends, it begins to become real in their midst. You’ll notice one day that your friends walk in the door more interested in talking about that last chapter of Middlemarch than about the stock market or celebrity scandal, that your teenager tries to explain something with an analogy to Homer, that your ten-year-old is whistling Mozart while scrubbing dishes. However obsolete your classical inheritance may remain to the world at large, it can become common currency here.

This, then, is what we can aspire to give our students: not only a love for their education, but a vision for living it out, even if they never receive a degree or a paycheck because of it. Recently sobered by the burning of Notre Dame, let us remember it was humble craftsmen who built the cathedrals, stone by stone, and their rebuilding requires the same deftness of hand and patience of heart.