What Are The Signs A Classical School Is Healthy? 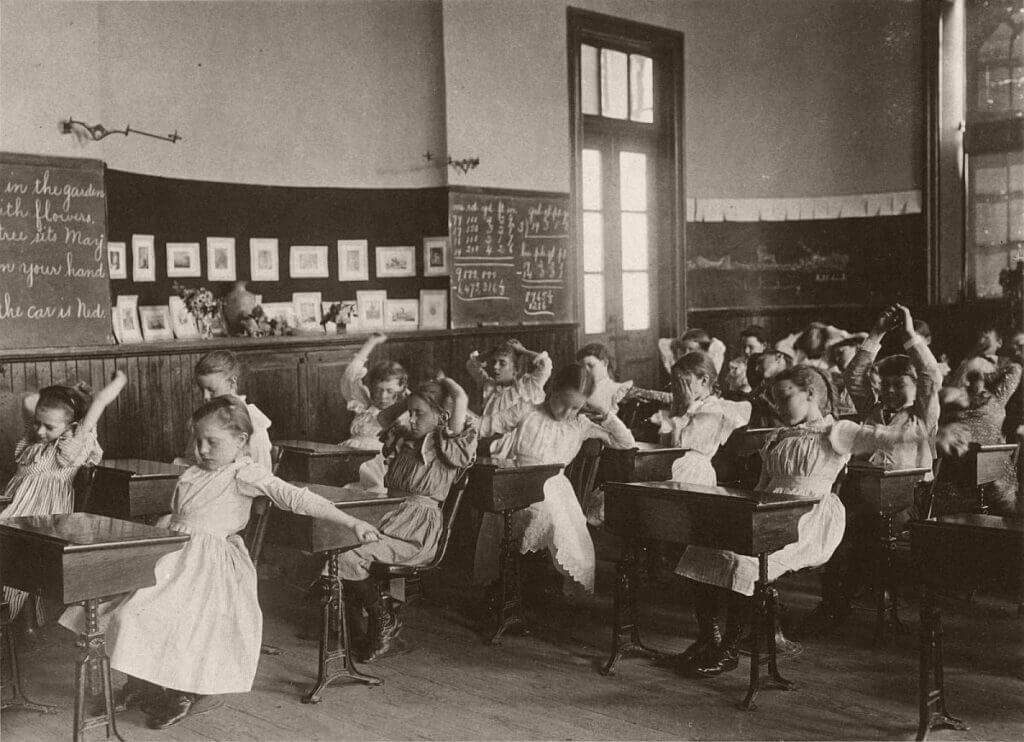 Teacher: What are the signs of a healthy classical Christian school?

Gibbs: First, I would say a classical Christian school was healthy if it actively attempted to deemphasize the importance of good grades. Second, the headmaster and principal should be well-read in the kinds of books which are taught in the secondary. This is actually a sign the board is healthy. Third, teaching virtue should be far more important than merely teaching curriculum, and this should be clear in the ways the administration evaluates the teachers. Fourth, an outlandish amount of time should be given to secondary teachers for covering works by Plato, Augustine, Milton, Dante, and so forth. By this, I mean that any classical school which expects an ancient literature teacher to cover the Odyssey in two weeks, or to cover Plato’s Republic in a week— well, I would think such a school rather ill and in need of medicine. A classical school ought to recognize that a book like Paradise Lost requires five, six, seven, or eight weeks.

Teacher: You’re up to four signs now, but I have to ask, are these in order of importance?

Teacher: Then please go on.

Gibbs: Fifth, the theology program at a healthy classical school should contain old books, not new books written by theologians which the theology teacher believes are “really doing interesting things with Trinitarian theology.” Sixth, the students should gather frequently to sing and pray. Seventh, the students should not regularly be heard complaining about the school. Eighth, a healthy school has almost certainly expelled someone in the last two years. Schools that never expel students are probably not healthy. Schools that claim they are “showing grace” when they do little or nothing to students who commit expulsion or suspension level offenses are terribly unhealthy and poised for ruin. Ninth, large lunchrooms filled with smiling, chattering students are a sign of health. Tenth, a healthy school has a pretty regular stream of alumni who visit during Christmas break, Easter break, or the last month before summer, when college has let out. Eleventh, the students are polite to visitors and well-mannered toward one another, by which I mean boys hold doors for girls, the girls know how to sit like ladies, and the faculty is not offended by the idea that ladies sit a certain way. I could go on, but those are some of the first things which come to mind.

Teacher: The list you just gave seemed to be missing some really important attributes.

Gibbs: Oh, heavens no. I would never say something like that.

Gibbs: You asked me what the signs of a healthy classical Christian school are. Christ-like humility is not a sign of anything. It is an ultimate goal.

Teacher: You can hold as many doors as you like, but if you’re not pursuing a deep, meaningful relationship with God, you’re going to die and hold doors for people in Hell.

Gibbs: How does one pursue a deep, meaningful relationship with God?

Teacher: By praying and reading the Scriptures.

Gibbs: Must one do what the Scriptures say or is it enough to read it and agree?

Teacher: St. James says we “must be doers of the word and not hearers only.”

Gibbs: And what must we do?

Teacher: Confess with your mouth the Lord Jesus and believe in your heart that God raised Him from the dead, and you will be saved.

Gibbs: Most of the students in a classical Christian school have confessed Christ and believed that God raised Him from the dead by the time they’re in fifth grade. What exactly are they supposed to do until they graduate?

Gibbs: That’s fine. You may take all the signs of health I offered a moment ago as ways in which Christians enjoy God.

Teacher: Well, it sounded like a list of works and requirements which must be performed in order to be saved.

Gibbs: I would say it is a list of works and requirements which must be performed in order to be classical.

Teacher: Then it seems like “being classical” is more important than being Christian.

Gibbs: It is certainly much harder to be classical than to be Christian. The thief on the cross who joined Christ in paradise was saved, but he wasn’t classical.

Teacher: You seem unconcerned by your idolatrous devotion to classicism.

Gibbs: Why do you teach at a classical Christian school?

Teacher: The academics are better there than at non-classical schools in town.

Gibbs: Why exactly do you want to see Christ-like humility among the students?

Teacher: Pardon me, but the real question here and now is why you don’t want to see Christ-like humility.

Gibbs: Oh, I do, but I would never say that was a sign of a healthy classical Christian school. It’s a bit like some young preacher shouting, “Just stop sinning!” to his congregation. When young ministers fall prey to such angry foolishness, it is helpful for a fellow in the front row to stand and say, “Right, we were hoping you would explain how.” If the minister is not able to explain how, the congregation should find someone who is. So, too, enrolling your child in a classical school is a way of saying, “I want my child to seek after Christ-like humility. Will you help him do this in the classical manner?”

Teacher: What does it matter if a child seeks after Christ-like humility in a classical manner?

Gibbs: Not everyone who says to me, ‘Lord, Lord,’ will enter into the Kingdom of Heaven; but he who. does the will of my Father who is in heaven. Some seeds fall on shallow ground, spring up quickly, then wither quickly. In the moment a seed “springs up,” it has shown signs of life, signs of fruit, but sometimes that life dies when put to the test. A man must not only believe on the Lord Jesus, he must “endure to the end,” and it is much easier to say, “Lord, Lord,” on a Wednesday afternoon than it is to endure in that confession for seventy grueling, evil, temptation-filled years of life on earth.

Teacher: You didn’t answer my question.

Gibbs: I did, but I will try to answer it in a different way. Those who pursue classicism are simply unimpressed with how vague, generic, and platitudinous religion has become. It is one thing to yell, “Lose some weight!” at an obese man, and another thing to help him take stock of his refrigerator, give him an exercise regimen and a diet to follow, and the physical and intellectual tools he will need to be faithful to the diet and to return to the diet when he strays. It is one thing to yell, “Stop sinning!” at a crowd of teenagers, and another thing to show them how to imitate the thoughts, words, and deeds of righteous men and women. A classical education is for people who have tried to exhibit Christ-like humility, found it profoundly difficult, and want the wisdom of the ages to guide their return to Christ.

Gibbs: You seem to assume that a man’s relationship with God has nothing to do with what books he reads, what music he listens to, or what he believes about politics.

Gibbs: Then you have failed to understand the doctrine of God’s omnipresence. Your God seems more like Jupiter, who was largely indifferent to the lives of his worshippers.

Teacher: Is the same true of my Uncle Steven? He’s a corn farmer in Illinois. He was never classically educated. He couldn’t explain the doctrine of God’s omnipresence and he’s never read Homer or Virgil or Milton, but he’s one of the most kind and righteous men I know.

Gibbs: Is he more righteous than you?

Teacher: Maybe you ought to figure that out before you put a lot of pretentious, irrelevant books in the hands of your students and pretend those books matter.

Gibbs: You do know that classical education is largely concerned with the question you just asked, right?

Gibbs: Classical education is the study of people like your Uncle Steven.

Gibbs: Would you like to become as righteous as your Uncle Steven?

Gibbs: Why don’t you quit your job and go live with him? Maybe he would show you how.

Teacher: I can’t. I have bills to pay.

Gibbs: Great. Then you can just read Homer instead.