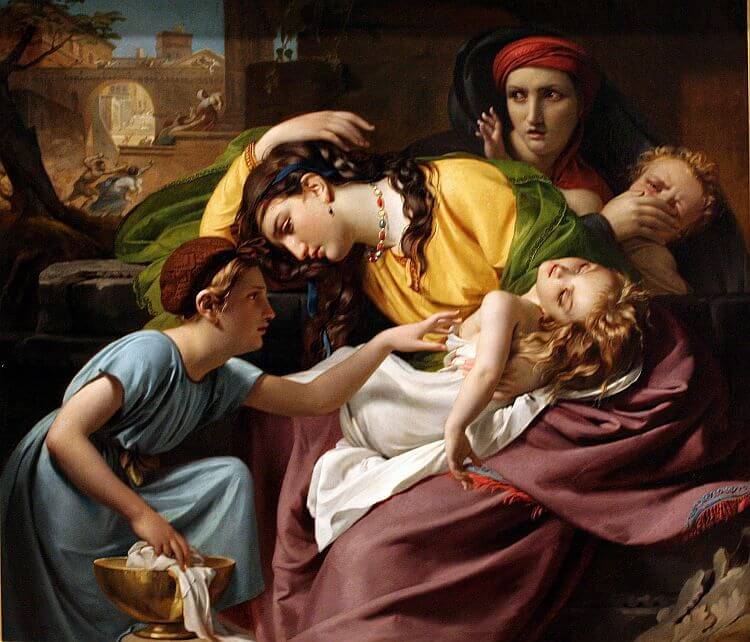 The restoration of Ivan Ilyich’s soul begins with his desire to revisit his childhood, as well as his recognition that his youth was both happy and not staked in vice or selfishness. Tolstoy is no sentimentalist. Rather, Ivan simply comes to his senses whilst meditating on where and when he was happiest.

As Ivan matures out of youth into old age, the loves of youth do not linger long enough in his imagination. Tolstoy writes that, “All the enthusiasms of childhood and youth passed without leaving much trace on him; he succumbed to sensuality, to vanity, and latterly among the highest classes to liberalism, but always within limits which his instinct unfailingly indicated to him as correct.” Ivan is a divided man; his adult life bears no continuity with his young life.

Long hesitant to truly reevaulate his life, when Ivan is certain he will soon die he finally takes stock of his soul. He dwells for a long time on what truly makes him happy. He realizes that the pleasures he has most ardently sought out have failed to truly grant any satisfaction. Tolstoy writes:

“But strange to say none of those best moments of his pleasant life now seemed at all what they had then seemed — none of them except the first recollections of childhood. There, in childhood, there had been something really pleasant with which it would be possible to live if it could return. But the child who had experienced that happiness existed no longer; it was like a reminiscence of somebody else.

As soon as the period began which had produced the present Ivan Ilyich, all that had then seemed joys now melted before his sight and turned into something trivial and often nasty. And the further he departed from childhood and the nearer he came to the present the more worthless and doubtful were the joys.”

Here Ivan makes the terrifying realization that his life has been one long, slow descent into selfishness. He was more righteous as a child than an adult. Without power, without education, without a career to coddle he was far more righteous. His adult pleasures are duplicitous. Ivan’s adult pleasures may have the appearance of generosity, but they are overly determined and performed, and anytime Ivan gives with one hand, the other hand is busy figuring out a way of getting something in return. The pleasures of adulthood are thus exhausting and so, as Ivan returns to childhood, it is only fair he should enjoy the repose of death.

Elsewhere in the story, Ivan is only able to “weep like a child” when he is alone. In solitude, the weeping is unfeigned, unperformed, and cannot be repaid by anyone’s sympathy. Anyone who has seen a child weep knows that a child does not weep like an adult. A child weeps with abandon. A child loses himself and returns, like an artist in a trance devoted to his craft, to his complete person. The child does not care that weeping disfigures the face, that weeping is ugly, that weeping is only beautiful when measured by the supernatural and supersensual. While the expression has become a cliche, Ivan’s childish weeping is the key to his salvation. In weeping like a child, Ivan loses his manicured and cultivated self and enjoys, once again, the unity of his person.