The User Guide To Sin

A lost letter from Screwtape to Wormwood. 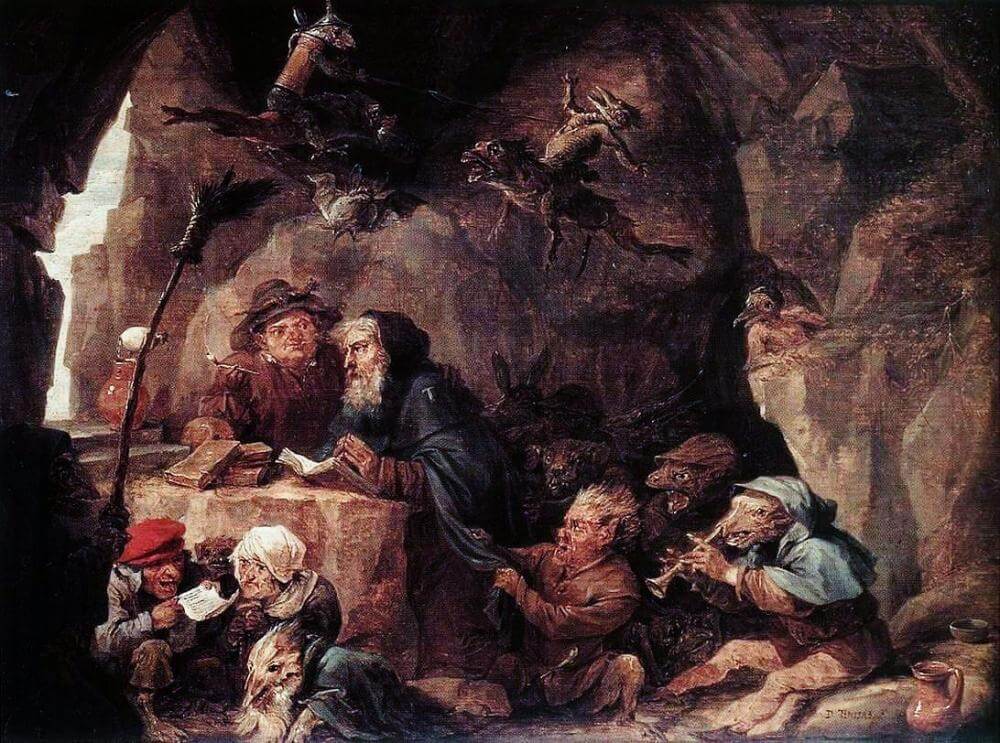 Our patient has only recently become a Christian, and over the coming weeks, we should expect him to make some genuine progress in overcoming certain sins in which he has dabbled over the course of his life. He may have struggled with theft up until this point, or telling lies, or anger, or drunkenness. If you see him enjoy some victory over these vices, do not be discouraged. Chances are good that, despite his minor successes, one particular sin will continue to trip him up.

Oh, I make no claim as to what this sin will be. It may be any of them, but mark me, whatever this sin is, it will be obvious to you and he. In fact, within several months, our patient will come to think of this one sin whenever he thinks of “sin” at all. This particular sin will become an icon of all his sin, a touchstone for all the ways in which he finds himself unworthy of the Enemy. He will come to believe that if he could merely overcome this one particular sin, he would have overcome every sin. In some sense, I suppose, he might be right.

As soon as you have identified this sin, I suggest giving up tempting him to all the others. If his besetting sin is lust, you may give up tempting him to anger or jealousy or theft. He will certainly cave to those sins from time to time, though he’ll easily accept forgiveness for them, and chances are good his succumbing to those sins will be few and far between. What you want is to hammer him on that one sin to which he is most vulnerable. If you can get him to cave to that sin, he’ll feel the misery of caving to every sin. The patient will have the hardest time accepting forgiveness for sins he commits over and over, though it is these sins the Enemy is most delighted to forgive.

The Enemy wants the patient to believe that sin is something of an optical illusion, a false promise. Granted, you and I know that sin is a doorway to a deeper freedom- a sacrament of autonomy- but the Enemy wants the patient to deny himself entrance to this fine and dignified loneliness. Augustine, a servant of the Enemy, performed remarkable work in elucidating the hidden psychology of sin, and it is a shame Augustine is still read today, though it is to our credit that he is not widely read.

While we know that sin is freedom, Augustine taught that sin is nothingness, an emptiness, a cancer. Augustine also taught that sin arises from the soul, not from the body, hence a man who wills to sin is credited with sin, even if physical circumstances bar him from following through with his intentions. Both virtue and vice arise from the soul, not from the body, and so it is in the soul that a man truly suffers from sin or truly enjoys the pleasure the Enemy offers.

At the moment the patient sins, his soul turns away from the Enemy and he rejects the purpose of the soul, which is the enjoyment of the Enemy. When a man commits sin, his body experiences physical pleasure, but the pleasure never arrives within the soul, because the soul is shut down and turned off by sin. In the same way that a man who is paralyzed from the waist down cannot feel the pleasure of a warm footbath, so the soul of a man committing sin cannot enjoy the pleasure the sin offers. In sin, a man may throw darts of pleasure at his soul, but those darts bounce off his nullified soul. Consequently, men who are tempted to sin believe that sin will offer them some satisfaction and enjoyment, but they find in the moment of sin that no appetite has truly been satiated.

In the moments after the patient gives in to temptation, he suddenly comes to realize that all the promises of enjoyment he has made to himself in the temptation process have not been realized. He feels guilt, but he also feels dazed, baffled. “There was no real enjoyment,” he tells himself, as the impulses of the Enemy begin to take over. He stares at himself in the mirror and says, “What I have done is very foolish. I will never do that again. I must remember this moment! This feeling of dissatisfaction and shame! When I am tempted, I must call this moment of shame to mind!” The feeling of enlightenment which often comes in the wake of sin is the Enemy rushing back in to the soul which had, only moments before, been turned away from him towards darkness and Freedom. Still, when the patient reflects on his sin, a confusion will set in. How could the pleasure he had looked forward to for hours, perhaps even days, have provided him with nothing?

We know that, like any art, the liberation which comes from freedom must be practiced in order to be perfected. We can appreciate that grand consummation which must someday come in the enjoyment of sin, even while the Enemy denies such a thing is possible.

As our patient goes about his renewed commitment to eschew his besetting sin, it is of the upmost importance that you prey upon his imagination. You must tell him that the reason he did not gain any real satisfaction from his sin was that he did not perform the sin properly, but that proper execution of the sin unto genuine enjoyment is possible. You should tell him, “You did not situate yourself properly toward the sin. Had you set up the sin differently, enjoyment is possible. If you make this and this change to the way the sin is committed, it will truly be satisfying.” Go after his imagination. Get him to dwell on all the ways the sin may be committed, refinements that might be added to his next venture into the sin. Tell him that the problem with his foray into the sin was that it was too extreme, or not extreme enough. A milder approach to the sin will not induce guilt, or a more severe entrance into the sin will overwhelm his sense of remorse. It matters not which tact you take, simply get him to acknowledge his own failure to the sin, not his failure to the Enemy. Play up the confusion the patient felt when regrouping from this sin on the precious occasion. Remind him that it makes no sense the sin was not enjoyed given that he can have the sin on whatever terms he is willing to consent to.

What we want is professional sinners, not amateurs. We need patients who spend their days carefully honing the craft of sin, convinced that their inability to enjoy sin rests not in the nature of sin, but in their own faulty practice of it. If you can persuade the patient that the soul may ultimately enjoy sin, we can send him off to pursue it endlessly. We have very few amateur sinners down here. It’s the seasoned veterans who gain entrance below.