The Use of Words in the Life Well-Lived 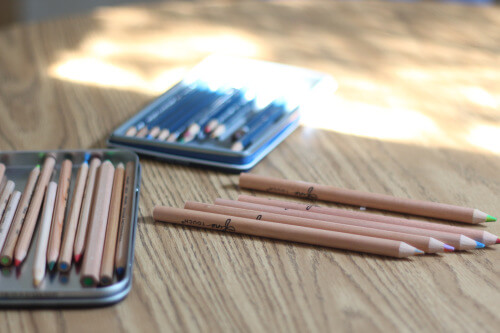 Amongst the greatest gifts a classical school can bestow upon its students is the opportunity to become skilled in the use of words.

“Opportunity,” not “ability,” for no institution nor teacher nor curriculum can make good writers any more than one man can convert another: the student himself must labor to train his hands for the task, and pray for the Muse to animate them. But it is incumbent upon classical schools—which aim to make students more human, tend all their natural capacities into full blossom, unshackle their desires and discipline their wills towards the wise use of leisure time, and enable them to know and live “the good life,” all by nurturing them in wisdom and virtue—to commit a large portion of their and their students’ energies to word-training.

For all these aims are, to varying extents, accomplished through words, whether read, thought, spoken, or written. And this is owing not to the classicist’s arbitrary preference, but to the classical tradition’s recognition of the true nature of a world which was spoken into being by the words of God the creating Father, called into His communion and covenant through the in-Spirited words of the prophets, and renewed in the divine life through the Incarnate Word, His Son. The world and all its creatures, we among them, were given and are sustained in being itself by the words of God—so, analogously yet truly, anything we strive to bring into being will also be made and sustained through our words.

It’s in attempt to communicate this vision that I often begin writing classes by asking students to consider all the parts of their lives that involve words. By words we commune with family and friends who give our days meaning; by words we decree the rules and call the plays of sports that delight our bodies and imaginations; by words we advertise the commodities that flood the markets and saturate our desires; by words we scribble out daily lists of chores, assignments, groceries, goals, dreams that form us down the years; by words we struggle to illumine the murky impulses of our own mysterious souls; by words we receive God’s scriptural self-revelation and respond in prayer and praise.

The man or woman, then, who has fully embraced his classical education’s instruction in living wisely, virtuously, humanely, will be a man or woman who writes and speaks carefully, gracefully, generously, joyously in these many particular moments that require something to be said.

But—does this describe the students graduating from classical schools now? If you were to eavesdrop on their lunchtime chatter, their casual conversations, their routine exchanges with the check-out lady and bag boy; if you were to scan their emails and text messaging, their thank-you notes and diaries, their letters to sweethearts and letters of condolence; if you could somehow overhear their internal dialogue, their confessions and apologies, their whispered prayers—would they sound different from the peers who had none of the classical formation they received?

The answer, for a majority of the classical school graduates I have observed, is “not much.” Though they are often more thoughtful people, more drawn towards what they call “deep” ideas and conversation, they wouldn’t be mistaken for Homer or St. Augustine or Spenser while talking at the mall. In their leisure time, they watch Netflix and “hang out”; they do not, by and large, write letters, journals, or poems. Slang and clichés break out like bad acne in their communication.

And yet—they made good grades in their classical schools. Their college professors compliment their uncommon ability to express individual opinions and formulate intriguing thesis statements. Their essays ruin the curve for the rest of the class. They do in fact use words well . . . in the supremely limited context of academic writing and speaking.

This dichotomy suggests that classical school students are, in fact, mastering what their schools give them opportunity to learn about using words—but that schools themselves may not be shaping those opportunities as holistically as they could. Consider: most classical schools do prioritize training in language. Indeed, many schools of the Classical Renewal so emphasize the subjects and sequence of the Trivium (grammar, logic, and rhetoric) that some onlookers may equate “classical education” with “linguistic and literary education,” consisting of lots of Latin, lots of old books, and lots of essays. But by and large, curricula and classroom instruction suggests that skill with words means merely correct grammar, proper essay structure, varied diction and syntax, and a tasteful sprinkling of rhetorical flourishes, for that is what they teach and assess.

I wonder whether classical schools, in their laudable zeal to train students to write well, have unconsciously adopted a model of writing instruction that does not in fact cohere with their larger aims for students—humanness, rightly-formed desires, the good life, wisdom and virtue. Too often they have taken the best of the writing instruction that non-classical schools use, focusing exclusively on academic writing like persuasive essays, literary analysis, or research papers, and married it to classically-influenced content of old books and rhetorical terminology. The fruit of the union is a program that is more college preparatory than classical, and graduates whose skill with words differs from that of their peers only in the classroom.

Yet there is a classical tradition of writing instruction that not only teaches students to write well, but to use words well as part of living well. It is, after all, the tradition both formed by and formative for the likes of Socrates, trusting friendly conversation to untangle the most knotted philosophical enigmas; Boethius, using pen and paper to pin down consolation in the face of impending death; Dante, transfiguring his suddenly-snatched-away career and aspirations into an eternal epic of the soul; Shakespeare, delighting so much in the taste of words that he could concoct new ones to season his characters’ sparkling dialogue; Sir Philip Sidney, passing around original poetry to entertain his friends; John Milton, fighting through the fourteen lines of a sonnet for resolution to his personal and political heartaches; Samuel Johnson, conversing so brilliantly over coffee and around the dinner-table that friend Boswell decided to write his biography; Jane Austen, distilling universal wit and wisdom from observations of ordinary English life; C.S. Lewis, penning nearly as many pages in personal letters as he did in published writing.

These are models we may set before students to persuade them of the depth and beauty of a life illumined by skill with words; and these are the models, and this the tradition, to whom we should begin to look for help in knowing how to teach the same.