Unless I See… I Will Not Believe: St. Thomas The Skeptic? 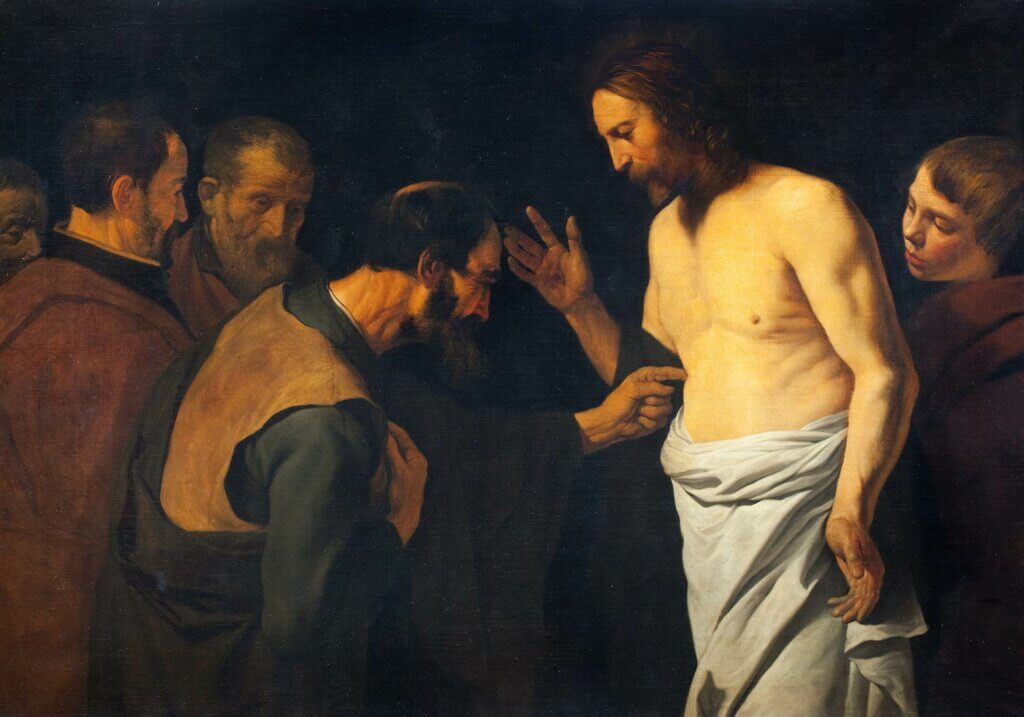 Modern Christians tend to hear St. Thomas’s statement as some kind of proto-atheist creed. Despite what exactly St. Thomas says, we hear, “Unless I receive empirical evidence of the resurrection, I will not give rational ascent to your claims.” Skeptics sympathize with St. Thomas, alleging he received scientific proof of an outrageous claim. The skeptic says, “Unless I know beyond a reasonable doubt that God is real, I will not believe. St. Thomas received special revelation, and until I receive that kind of revelation, I am not required to believe.”

However, to hear St. Thomas’s ultimatum in this manner is to read profoundly modern prejudices into a very ancient claim. When Thomas says he will not believe until he puts his finger into the print of the nails, he is merely stating a fact. Separating what is sacred from what is merely moral helps untangle St. Thomas’ claims from a rationalist misreading.

Nothing can keep the man who wants to believe from believing. I am confident that the Triune God is the only rightful recipient of worship; there is no matter of evidence I may be shown which will convince me that Jupiter or Zeus deserves my worship. I will interpret all miracles attributed to Zeus as the work of demons, or the magic of man, or mere special effects. So, too, the skeptic will not be convinced by Christian “evidence” of a creator, neither will the materialist be convinced of the spirit. The skeptic will dismiss the voice of God as mere thunder. Materialists have encountered the spiritual over and again, yet refuse to interpret the spiritual as such because belief in God is not based on rational ascent to evidence, but on works of piety.

And yet something of the situation might still strike contemporary Christians as unfair. Is St. Thomas truly the only man whose body would penetrate the body of the risen Jesus? Why is this honor reserved for this man alone, withheld from the other apostles?

But these honors are not withheld from anyone. Every pious action is the labor of Thomas and receives the reward of Thomas, who longed to enter his profane body into the Scared body of Christ.

Unless this profane tongue tastes the sacred Food, I will not believe.

Unless these profane eyes see the sacred Story, I will not believe.

Unless this profane body is anointed with the sacred Oil, I will not believe.

Unless this profane corpse is washed in the sacred Water, I will not believe.

Unless these profane feet stand in the sacred Place, I will not believe.

Unless these profane ears hear the sacred Words, I will not believe.

Unless these profane lungs sings the sacred Songs, I will not believe.

The entering and singing and hearing and standing and washing and anointing and seeing is belief itself. When St. Thomas’s fingers entered Jesus’ side, this was the belief of St. Thomas. His belief was not an undulation of his heart, but a true entrance into the Sacred. St. Thomas’s belief was no private moment but a public declaration. So, too, if you will believe, you will sing the sacred Song, enact the sacred Work, eat the sacred Food, draw the sacred Symbol on your breast. A man knows he believes if he participates in the sacred work of the Church. If the sacred things of God- if all the things which atheists doubt and mock and laugh at, prayers and incense and religion and relics and miracles and sacred texts and sacraments- are the same things you doubt and mock and laugh at, you do not believe as St. Thomas did. St. Thomas did not believe by rational ascent. St. Thomas believed because he physically, historically, materially entered his profane life into the sacred life of Christ.