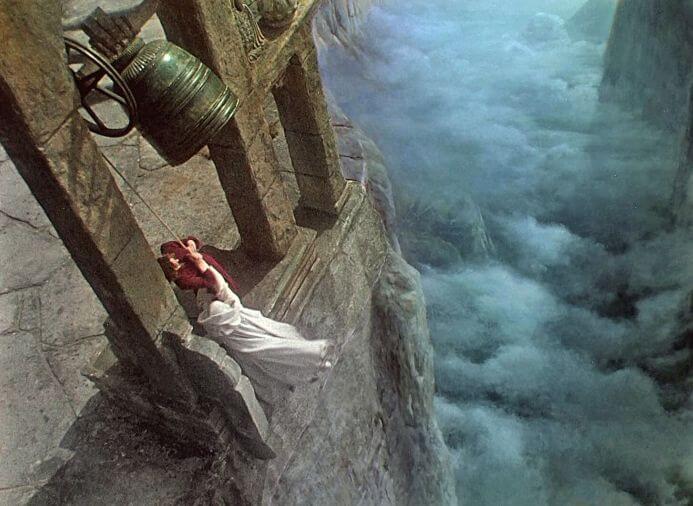 April may be the cruelest month, but Summer is the most pagan of the seasons.

The Fall is a contemplative time. Fall is bookish. Mother Nature begins to die, and everything turns into one big memento mori, which prompts quietude and soul searching and even the young men try their hands at poetry about the grave. In the Fall, we bury our bodies in sweaters by day and under quilts by night. The aesthetics of October is somber, funerary. We stay indoors. We cook our food in the oven. November turns even the most patriotic of Americans into Anglophiles, for death reminds us of distant countries and primal homes. No one reads Huck Finn in the Autumn. Autumn demands chilly, drizzly words and stories.

Summer, on the other hand, is madness. No man is at his best during the Summer for the summer is about the flesh. Heat reminds us of our bodies in a way cold does not. The food of summer is flesh sacrificed on fire. In June, dress turns scanty, vacations take us far from routine (and responsibility), and the local theaters fill with mindless, sensual entertainments. In the Fall, Nick Drake helps us understand the bare branches of trees and five o’clock sunsets, but in the Summer, only Led Zeppelin can make sense of the heat. Thanksgiving is a typically autumnal holiday, but the fitting feast of Summer is July the 4th.

The slow, contemplative cinematic fare appropriate to the cold seasons (The Remains of the Day, Doctor Zhivago) is simply a non-starter for most people during the Summer, for one’s life is really best organized around the cycles by which God governs nature. To this end, I commend the following list of films which both satisfy the natural inclinations of the Summer but resist the purely sensual temptations inherent to it.

Vertigo (1958) / The Birds (1953) / Psycho (1960): First, read Tristan and Iseult, then read Denis de Rougemont’s Love in the Western World, then watch Alfred Hitchcock’s three best films, each a curious retelling of the Tristan myth. The Tristan myth is simply the perverse origin story of modern romance, though Hitchcock could really never decide what he was unmasking and what he was celebrating. Virtually every contemporary film, novel, or song which centers on the idea of love ultimately appeals back to the Tristian myth, and since reading de Rougemont, I’ve been unable to avoid finding the Tristan myth absolutely everywhere.

For All Mankind (1989) & 16 Days of Glory (1986): We are now living in the aftermath of a golden age for documentaries. As documentaries have proliferated, the genre has become slick, overproduced, streamlined for quick consumption, and intensely commodified. During the 1980s, however, the documentary was still a thinking man’s movie, a slow story told patiently through an accumulation of images. For All Mankind retells the story of the Apollo moon landing entirely through found footage, home videos taken by the astronauts, and without any narration or any talking head interviews. Brian Eno’s gorgeous soundtrack has become a landmark of ambient music since the film’s release. 16 Days of Glory is just one of Bud Greenspan’s gorgeous Olympics documentaries. This one accounts the 1984 Summer Olympics in LA, though everything Greenspan did in the 80s was golden. While 16 Days of Glory is not a miniseries, the show is both long enough (284 minutes) and sufficiently episodic to be viewed from one vignette to the next over a period of successive nights in your home.

Black Narcissus (1947): Powell & Pressburger’s taut drama about a troupe of Anglican nuns who attempt to set up a school in a remote Himalayan town but are distracted (and derailed) by the lush environs and their lust for the lone British fellow around, a broad-chested handyman with a piercing gaze and a funny hat. Replete with a navy strength rum-like intensity, but also beautifully shot. One of few films which investigates the sin of lust from a female perspective.

2001: A Space Odyssey (1968): As an artform, filmmaking is only around a hundred years old, which means any claim about a “classic film” must be highly qualified. Nonetheless, I’ve been watching 2001 since I was 12 years old, and at just about any and every stage of my life, Kubrick’s greatest film makes a different sort of sense. I could repeat an awful lot of cliché lines from other reviews here (about the film’s “dream logic,” et cetera), they’d all be true, but none would touch the ineffable precision with which the film captures every uncanny feeling outside a church nave.

Night of the Hunter (1955): Dabble in the history of film criticism and you’ll quickly light on Pauline Kael. Keep digging and you’ll find James Agee, from whom you may draw a semi-direct line to The New Yorker’s Anthony Lane, whose work has fallen off lately, but who had a decade-long run of brilliant film reviews which are conveniently collected in Nobody’s Perfect. Regardless, James Agee wrote both The African Queen and Night of the Hunter, two of the greatest films of the 1950s, though chances are good you’ve not heard of the later. A road story, a horror story, a pot boiler, and a tale of southern gothic rolled into one, Night of the Hunter is the kind of film which draws forth regular confessions from those watching with you, “I didn’t know they made films like this in the 50s.”

The Mission (1986): It’s always Summer in South America. I’ve got a soft spot in my heart for honest-to-God pacifism, which is depicted in grand, heartbreaking style in Roland Joffe’s tale about an 18th century Spanish mission which meets an aggravating end. If you’ve got to work outside this summer, contemplation of this film will redeem each drop of sweat you lose. Ennio Morricone wrote the score, one of the loveliest ever.

A.I. (2001): A retelling of Pinocchio conceived by Stanley Kubrick (a cynic) and executed by Steven Spielberg (a sentimentalist). I spent more than ten years telling people this was my favorite film, though it has lately been surpassed. Much like The Velveteen Rabbit, A.I. asks “What is real?” The answer is largely staked in a wild, improbable vision of hope which becomes more compelling as it becomes more naïve.

The Seven Year Itch (1955): Up for a double feature? Start with Black Narcissus and then do this one from Billy Wilder for the complete hers and his account of temptation. The film opens with Richard Sherman (the “Sure Man”) dropping his family off at the train station so they can escape the summer heat in Manhattan while he gets a little work done. Unfortunately (obviously), as he gets back from the train station, Marilyn Monroe is moving in upstairs, and Richard is hitting the bottle and smoking like a chimney, instantly the slave of infinite distraction. By the end, our man has hung on to fidelity by the skin of his teeth, but why? Unlike his contemporary Alfred Hitchcock, Wilder had absolutely no time for Freud or Jung, and his comedy ends up skewering psychoanalysis while providing a far better depiction of temptation, madness, and oaths. A great film for couples.