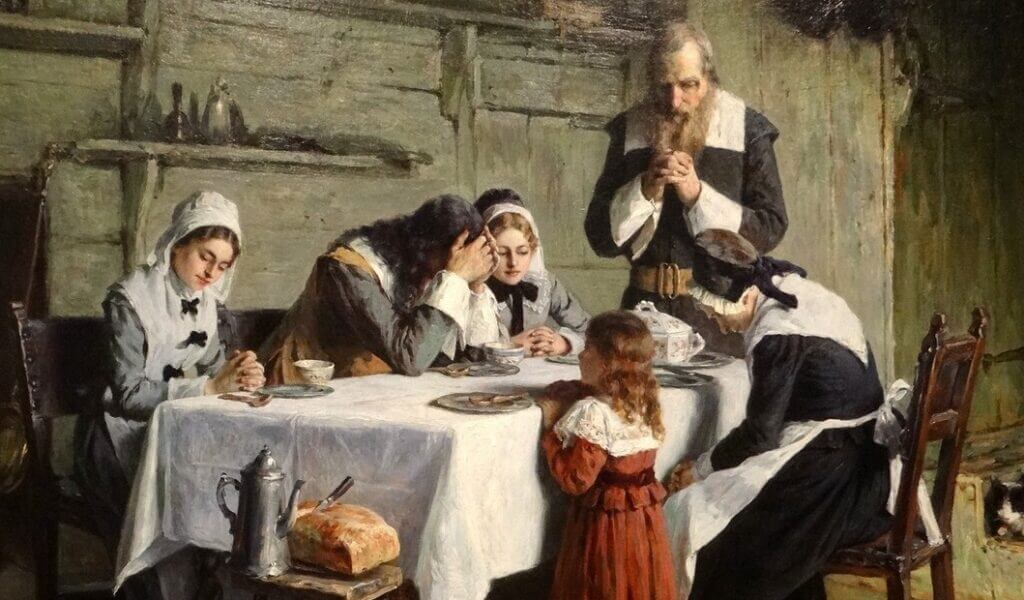 There is no greater evidence of the Enlightenment’s influence on Christianity than this: Christian students do not like to pray and Christian teachers are not terribly interested in figuring out why.

For this tragedy, the list of guilty parties is too long to name.

Many years ago, I never volunteered to pray. I did not want to look foolish in front of my friends. I did not believe that all prayers were foolish, just that most prayer was not so much offered up to God, but to others who happened to be listening. When I was one of many people who were praying, I could think of nothing else until my prayer was over. Others prayed, but I did not pray along with them. I was busily making up something to say. When my turn came, my prayers flashed by in an instant. I spoke, but my mind was blank. Ten seconds after finishing my prayer, I could not recall a word of what I said. If I had spoken blasphemies, though, I doubt anyone else would have noticed. I had not noticed theirs.

Students do not like to pray because they have not been shown how to pray. Students sense that prayer is something dignified, pious, and sublime, but when Christians gather together, prayer is rarely any of these things.

Christian schools have largely failed to show students how to pray, for we have not taught our students the historic prayers of the Church. Rather, classical Christian schools prefer old books, old music, old art, and prayers thrown together two seconds ago. By the time Christian high school students graduate, the single petition they have heard their teachers make more often than any other is this: that God would just give us a good time.

I sometimes wonder how many Christians are capable of publicly addressing the Lord without asking for aid in having fun. “Dear Lord, thank you that we can all be here together tonight. I pray that we would glorify you and have fun. Amen.” This is not so much a synopsis of most communal prayers as it is a transcript. Fun is what matters the most to us. It should come as no surprise, then, that so few of our students have any interest in prayer. Prayer is frivolous.

Many teachers begin class with a prayer, which is fine, however, a ten second prayer is simply not a consequential break from the gossip and freedom of the hallway, especially not an extemporaneous prayer which is freshly invented every morning.

While the inclination to begin class with prayer is good, “Dear Lord, thank you for this day and that we can all be together. Help us all to learn about Your world so we can grow in wisdom. Amen,” is practically worthless. Such a prayer is quite literally an afterthought as absolutely no forethought has gone into it. One need not plan to say such trivial, generic, milquetoast words, for they tumble out effortlessly. Students can tell when adults have put no thought into their prayers, and when the teacher begins class with an afterthought prayer, the significance of all that follows that prayer is diminished. Is the lecture also an afterthought? Should class participation be an afterthought, as well? Should students imitate the teacher and open their mouths to speak before they have any idea what is going to come out? Would it be best for students to say vague things about their text in the same way the teacher has made vague requests of the Lord?

The chief problem with extemporaneous prayers is that if a man does not really mean what he says to God in the moment, he cannot simply repeat his prayers again the next day and try harder, because, by the next day, everything he has said has entirely slipped his mind. If a man does not have his prayers written down, he can never practice meaning what he says. The classical teacher who hastily invents a few banal sentences for God every day before class begins is sending his students contradictory messages. It may be de rigueur for 21st Americans to pray in this fashion, but classical education is committed to tradition, contemplation, reflection, and circumspection, none of which is modeled for students in glib, forgettable, and flimsy two sentence thank-you-for-this- day prayers.

The teacher who begins class with a forgettable post hoc prayer thinks he has communicated to his students that prayer is important, when he has actually communicated that prayer is easy, which is simply not true. Prayer is no easier than fasting and giving alms, both of which are nearly impossible. Our disrespect for prayer has grown so deep, we no longer consider prayer a work of piety. Our prayers involve no sacrifice, no discomfort. We would never say, “I am fasting for you,” because it seems boastful. A great many Americans seem to believe that fasting should only be conducted under top secret conditions and that any man who publicly conveys the fact he is fasting has more or less damned himself to hell as a practicer of works righteousness. On the other hand, “I am praying for you” is a perfectly acceptable message to run on a Times Square billboard.

Teaching students that prayer is as easy as talking to the ceiling ultimately confuses them about the nature of faith, for most students will tell you that when they offer post hoc prayers in public, they are merely trying to not sound foolish in front of their peers. Many admit that, let alone not remembering what they have prayed moments later, they are not entirely sure what they are saying as they pray.

Almost all student prayers are simply amalgams of stock phrases borrowed from post hoc teacher prayers: be together, learn about your world, glorify You, grow in wisdom, grow in You, grow together, have a good time, bless the community, and thank you for sending your Son. These are forgettable, disposable praise chorus prayers. If we are willing to admit that a pop Christian song can trivialize the Incarnation, we ought to be willing to admit that a prayer can do so, as well. Such prayers not only teach our students to ask very little from God, but to commit little and expect little from pious practices. “You do not have because you do not ask, and when you ask, you just kind of arbitrarily mumble something off the top of your head that you don’t really mean.” Compare the bringing-us-together-today-just- glorify-you prayer with a portion of St. Thomas Aquinas’s prayer of the student:

Creator of all things,

true source of light and wisdom,

origin of all being,

graciously let a ray of your light penetrate

the darkness of my understanding.

Take from me the double darkness

in which I have been born,

an obscurity of sin and ignorance.

Give me a keen understanding,

a retentive memory, and

the ability to grasp things

Grant me the talent

of being exact in my explanations

and the ability to express myself

with thoroughness and charm.

Point out the beginning,

and help in the completion.

I ask this through Christ our Lord.

This is a prayer which underwrites the possibility of great faith. It is a prayer worth remembering, worth repeating on a daily basis, worth meditating on. It is a worthy model for other prayers. God is praised, sin is confessed, sin is acknowledged to be that thing which makes education necessary, and particular mercies are requested. “Take from me the double darkness in which I have been born” is a petition which only God can grant, and so the prayer sets the mind of the student on invisible, eternal things, and not on earthly, ephemeral things. The simple forethought needed to say this prayer before class, as opposed to the post hoc prayer, impresses upon students the necessity to prepare for holy things. Prayer is an act of faith, and, like fasting and almsgiving, prayer requires discipline. In saying this prayer, we teach our students that prayer is a task which is worthy of respect by teaching them that not all prayers are equal, some prayers are terrible, some prayers set our minds on earthly things (and not on “things above”), some prayers diminish our souls and debase the image of God within us. This is a prayer which habituates the student to asking God for sublime, holy, and eternal things. The petition for holy and eternal things reveals to the student their own need, their sheer and utter dependence on God.

“Till [that speech which has lain at the center of our soul for years] can be dug out of us, why should [God] hear the babble that we think we mean? How can [God] meet us face to face till we have faces?”