Sir, Madam, And Human Dignity: Casualties Of The Casual Revolution 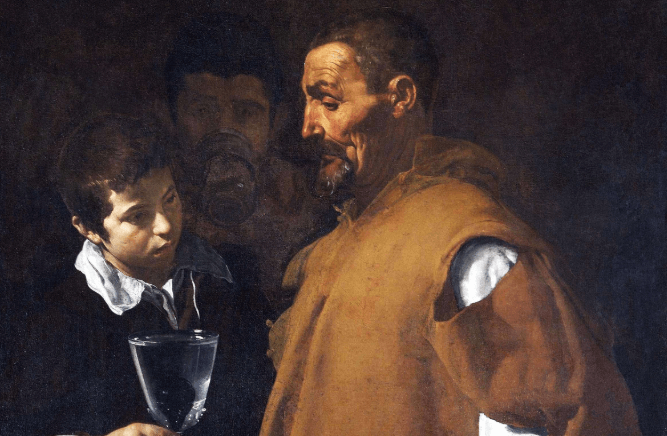 While Americans have been bemoaning the loss of “sir” and “ma’am” for forty years now, these greetings are not entirely absent from American society. Like most Americans with a car and a blue blazer, the poor and homeless regularly ask me for money. On street corners, they ask with signs. In parking lots and gas stations, they ask directly. When they ask directly, they call me “sir.”

If a panhandler asks a thousand strangers for money, it is only fair to assume that through trial, error, and luck, he is more successful in his asking in the end than the beginning. Encounter by encounter, he must slowly figure out what kind of introduction and petition are more likely to warrant liberality. Surely well-established institutions do the same thing, though, as they reflect on what fund-raising campaigns have proven most successful. Waiting at stoplights, contemplating the signs which the homeless hold up for motorists, I sometimes wonder what I would write on such a sign were I reduced to dire circumstances. I suspect my signs would be too preachy, too confrontational, or too theological— at least at first. A slowly compiled lifelong survey of such signs suggests, however, that the soft approach works best. The soft approach usually means panhandlers open with, “Sir, can you help me out?”

Why? If, as a society, we have largely left “sir” and “ma’am” in the past, why do the poor still prefer these terms? Granted, there are a few places remaining in American society wherein “sir” and “ma’am” are still used, like better restaurants and department stores, but for most other industries, the casual revolution of the 1970s didn’t stop with clothes. Our manners followed suit— or followed jeans, rather.

Every few years, I have a student who calls me “sir,” but the word is nearly absent from schools. “Mr. Gibbs” remains, though it is hard to say how long such addresses will last. Surnames could easily become a thing of the past, as well. I suppose I could insist my students call me “sir,” but I think of such requirements as belonging to the government of a school, not individual teachers. If just one teacher at a school were to expect “sir,” I would think him a little ostentatious. So, too, the loss of “sir” has to do with broad cultural shifts, not individual acts of sloth or arrogance.

Since the last election, more than a few think pieces have pointed out the prescience of Mike Judge’s dystopian Idiocracy (2006), which imagined a future wherein a pro wrestler was president and junk food companies were omnipotent. In a film filled with many dire (and hilarious) predictions, the one which has ultimately proven most significant— at least so far as day-to-day concerns go— is the depiction of a world wherein vulgarity and obscenity are used casually in public spaces, even the names of restaurants. Every society will always need a few banned words, and so George Carlin’s “seven words you can’t say on television” can now be said nearly anywhere you like, though they have been replaced by an ever-growing volume of unspeakable politically-charged words. When all is said and done, Americans might look back with curiosity at a time when there were only seven words you couldn’t say. Obviously, I would not defend the slurs which have lately been deemed unspeakable, however, I do find it telling the old unspeakable words were a degradation of all women, all men, or else all human beings. If Carlin’s seven words may now be spoken in public, it is because we think less of humanity as a whole. I could not claim a one-to-one correlation, though it’s telling that the decade in which assisted-suicide became culturally allowable was also the decade in which the public square opened up for the use of obscene, vulgar descriptions of the human body.

What the panhandler knows, though, is that when a man calls a stranger “sir,” he is referring to the dignity of all men, not just the unknown fellow before him. When strangers are “sir,” all men are aristocrats, for “sir” is the language of knighthood, gentlemen and ladies, leisure, rule, and autonomy. The aristocracy of strangers is not a wager they are well-connected, but an appeal to the image of God in every man, for every man descends from King Adam. When the panhandler calls a stranger “sir,” he is reminding the stranger that the best things in life are inherited, not earned. In calling a stranger “sir,” the panhandler drafts on the noblesse oblige which weighs heavily on every son of Adam, then, for the aristocrat is not legally obligated to help the poor but does so with a heart thankful for the great wealth which he did not earn himself— but received entirely from his ancestors. If the poor, whom we rarely encounter in conversation, are best at calling forth genersity with their single use of “sir” and “ma’am,” imagine what our society could regain if we all returned to the regular use of these terms.