Shepherd The Hearts Of Children, But Get Real 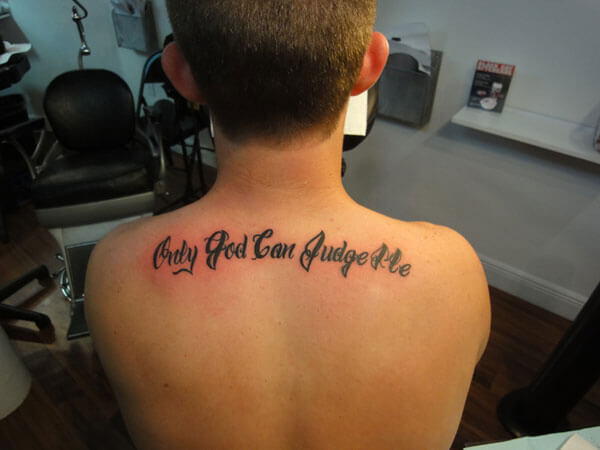 True or false: You are regularly outraged by news stories of terrible criminals walking the streets after receiving little or no punishment for their crimes.

True or false: You are baffled by judges who hear ludicrous excuses for criminal behavior and allow the guilty to go free.

If you heartily agree with either of these statements, I would like you to ask your students a similar question. Say to them, “True or false: There are students still at this school whom you are amazed were not kicked out years ago.” If the majority of your students readily nod their heads, allow me to suggest that your school places entirely too much weight on Tedd Tripp’s Shepherding a Child’s Heart and far too little weight on “The Humanitarian Theory of Punishment” by C.S. Lewis.

Last week, the father of Sante Fe school shooter Dimitrios Pagourtzis described his son, who murdered ten people, as a “pure child” who was a “victim” of bullying. I refuse to condemn the man for saying this, though I will ask: Does your school encourage a qualitatively different manner of evaluating students, or a quantitatively different manner of evaluating students? In other words, what kind of excuses tend to mitigate punishment and discipline at your school? If a student at your school was caught cheating and said, “Yes, I cheated, but I’ve been under so much stress and my parents have asked me to do two sports this year and I won’t ever cheat again…” would that student likely receive a different punishment than a student who said, “Yes, I did it. So what? Only God can judge me”? If so, you do not object to the killer’s father in kind, only in degree.

These two students ought to be dealt with differently on a pastoral level, but not on a judicial level.

While I have nothing against Tedd Tripp’s Shepherding a Child’s Heart as a book for parents, and while I do not dispute that teachers stand in loco parentis, Tripp’s book should hold little sway over a school’s policies. Tripp’s book comes into play only after guilt has been established and punishment has been meted out. His book has absolutely nothing to do with determining guilt or the extent of punishment. If you are tired of American judges determining a criminal’s reasons for committing crime are sufficient to mitigate or nullify his punishment, then you must be comfortable with the idea of punitive measures for infractions of the rules. When a student willingly violates the dress code, do not shepherd his heart. He does not need a stern talk. He does not need to hear a ten-minute lesson on foolishness from Proverbs. He needs lunch detention. The teachers do not have the time to deal out so many stern talks.

Lunch detention will do far more for a foolish student than hearing a good ten-minute message on wisdom and foolishness. Lunch detention for willing dress code violations (or appropriately graduated penalties for cheating, cursing, bullying, habitual tardiness, lying, smoking, or texting) will teach your students that they are all equals before the law, and that they must treat one another as such. Bullying thrives in our society because we have taught children that they are not equals, but that the child with the best and most fashionable excuses is exempt from the law.

There is much confusion over correction in classical schools because classical schools teach virtue, and it is easy to assume the pursuit of virtue is a purely pastoral and spiritual issue— and since American pastors have little or no power to punish or correct parishioners, we assume teachers should not really either. Because the classical school teaches virtue and wisdom, teachers come to think of themselves primarily as physicians whose work is to offer medicine for unhealthy souls and encourage exercise routines, not to punish for smoking or drinking too much. However, while the teacher has aspects of a physician, even physicians have recourse to police if a patient becomes unruly. If someone with a knife wound in the ER begins harassing other patients and overturning nurse’s carts, it would be daft to say, “Restraining that man will not make his wound go away!” No one would dispute such a claim, but the knife wound cannot be dealt with until the man is restrained.

Students need a great many stern and convicting talks, but most of those talks should be delivered by a literature teacher to a literature class and concern Sophocles, or the ninth book of Paradise Lost, or the secularization of the public square in the 17th century. Far fewer stern talks should conclude with a prayer “that Darby won’t cheat on tests anymore” and then Darby going back to class.

While schools can lead the way in revitalizing a belief in equality before the law, the work of schools will falter without parents who resist the urge to over-praise and over-excuse their children. I was a teacher for five years before I had my first child, and I learned something important from good parents about how to assess your own children. Meetings with parents who had obedient and happy children generally began with the parents saying, “Okay, what are we doing wrong?” and then they simply listened. Meetings with parents whose children were not particularly obedient and productive often began with, “So you’ve probably noticed my son is a deep thinker.” Consequently, I do not praise my children to their teachers. When I was sent a questionnaire from my 1st grade daughter’s teacher at the beginning of the year which asked, “What is your child gifted at?” I simply left the question blank. I am comfortable discussing the weaknesses of my children with their teachers, and if my children have strengths, I am sure their teachers will tell me. I have beliefs about what my children are good at, but I treasure these beliefs in my heart silently. If I am right, my beliefs will be confirmed by two or three witnesses. If their teachers tell me they have strengths, I will listen in silence. If you have never met my children, I would not expect these comments to be particularly meaningful. If you have met my children and think them interesting, that’s how my wife and I do it. And if you have met my children and think them pretentious little monsters, now you know what not to do.

In my pride, I have been slow to admit what this means for myself, as well. There has been little in my life which has been of greater spiritual value to me than recognizing that I am a nominal Christian, not the stuff martyrs are made of, and that I am afraid to die in such a condition— and that growing out of my nominalism involves exercises in self-denial which I am, at present, simply not willing to perform. The end of the school year is next Friday, and I will be asked to write a self-assessment before retiring for the summer. I do not think I will have anything good to say of myself. I intend a scathing critique. If some kind of discipline results, I will count myself lucky.