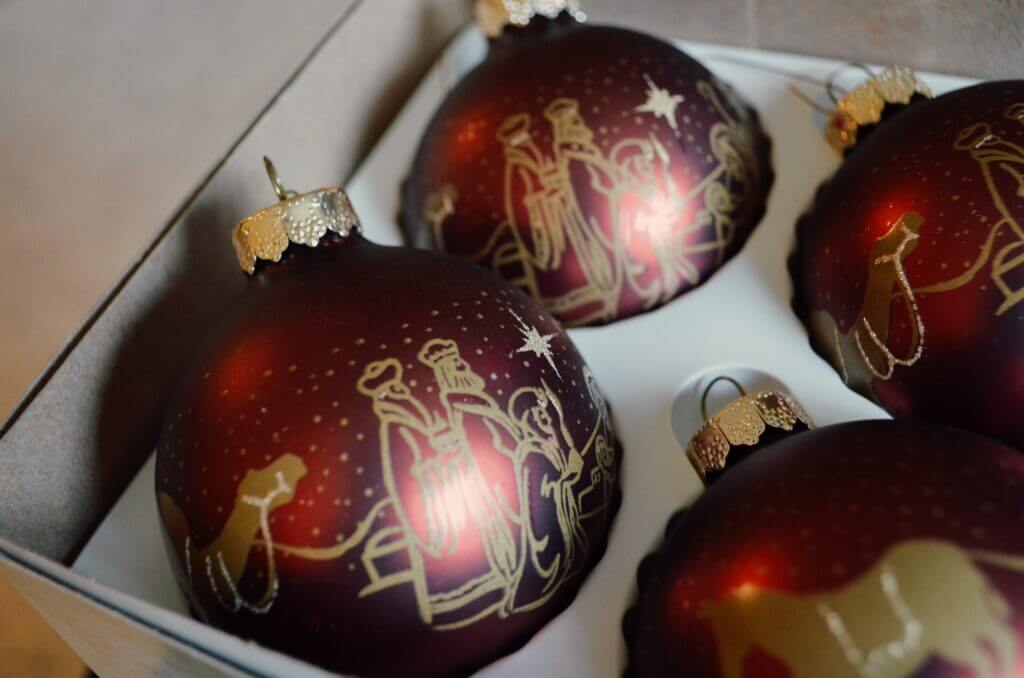 Matt strode up to me, wearing one earbud in his right ear while the left bud flopped around against his suit vest. “Do I look like a secret service agent?” he inquired, holding up the speaker on the cord of the earbuds to his mouth for effect. Matt asks this question every Sunday before our church service begins, and I delight in it as a constant comfort, akin to knowing that there will always be green bean casserole with fried onions at Thanksgiving dinner. As far I know, Matt has never trained with the FBI, but given his tan suit, his practical, non-fussy haircut, and his six-foot-three stature, I always tell him that he looks like he does and thank him for his service to Presidents Roosevelt (Teddy and Franklin).

From four pews ahead, Mr. Ken craned his neck almost 180 degrees to wave at Matt and me. I rose and sidestepped through the narrow passage to shake hands and greet him as he said, “It’s good to see you back here. What did you do while you were at home in Atlanta?” Since Mr. Ken is also from the Atlanta area, I always try to find something to share that he will recognize as a piece of home. But I didn’t travel to Atlanta this year, so I explained that I’d traded a small, green backyard with a view of dead dogwood trees for a massive concrete backyard with a view of the Woolworth building.

“Ah, that’s right! I’d forgotten you were in New York. Bet you had a great time up there.” Mr. Ken has a broad, warm smile—though he is eighty-one, it makes him perennially youthful. He continued, “Well, we’re coming up to 2020—do you have any New Year’s resolutions?”

Matt, who’d been showing other congregants his earbuds, interjected quickly, “For LSU to win the national championship!” Resolving to cheer and celebrate a victory that either will or will not be accomplished by January 6 is genius. Not only is the celebratory posture exactly right, but after watching the game there is nothing one needs to accomplish for the remaining 359 days.

“I’ll have to get back to you,” I responded somewhat dully, and smiled back.

Perhaps too much excitement viewing festive department store windows in New York explains the dimness of my response, because that spirit doesn’t actually match my feeling about the question itself. I like the question of New Year’s resolutions. It aligns well with the season of Epiphany into which we enter once a new year begins. It’s as if, when we express the anticipation of one year turning into the next, we are directly present at Christ’s declaration to John: “I am making everything new,” and answering with our own refrain of, “Great! How can I be part of this?” During this time, as Matt intends to do for LSU, the church is invited to celebrate—not for the prospect of a perfect 15-0 football season, but for the reality of the perfect Savior, the extension of God’s promise to all nations, and the victory over the grave.

Resolutions also exist as a bridge between sacred and secular. I don’t actually mean to imply spatial dualism, as if God created two earths, one flowing with goodness and milk and honey, and the other full of lusts of the flesh and seedy bars and bottom-shelf whisky. All of creation sings the glory of the Lord. It’s more that even if a person has never set foot inside a cathedral or genuflected to the one true God, expressions of resolve to change, improve, and grow imply an interior design that craves renewal. Embrace of habits and mindsets larger than oneself is a veiled homage to the Designer willing to grant that newness. The tradition of asking one another about New Year’s resolutions prods us toward the belief that man commonly hungers for all things to be made new.

So for those two reasons—the universality of the Epiphany spirit and the resolve to participate in God’s renewal—there doesn’t seem to be quite as much confusion about the rhythm of the new year as there is about its end. Unlike with Advent, where the clipping, two-day-delivery pace of modern Christmas is inversely related to the lugubrious, contemplative pace on display in the magi, modern Epiphany seems to at least get the pace of the season correct. Men feel a renewal of energy after spending time with family and friends apart from the ordinary routines of work, and thus they are able to give new attention to neglected areas of life. So, too, teachers return from the break at Christmastime with a renewed energy for the work of teaching children who don’t always desire to learn. If the rhythm of Advent is meant to be largo, the rhythm of Epiphany is little bit more adagio, with the occasional punch of staccato. And it seems rightly so.

Since there isn’t rhythmic misalignment, the New Year’s danger that lurks for the teacher is much more about musical notation. Specifically, it is about the tonic of a melody. The tonic is the note a piece of music begins with, resolves to, and rests on. “Somewhere Over the Rainbow,” for example, begins on a C note and returns to a concluding C note. To begin the year singing the tonic note of the modern Epiphany season would be to aim oneself toward a project of self-improvement via a newfangled weight loss strategy and photogenic hobbies. It’s not that resolving to drop fifteen pounds or learn how to fold origami are wrong, it’s that the wisdom of renewal inherent to self-help is only half true. And since half true isn’t wise, a teacher who applies the tonic of self-improvement to the classroom is in danger of being an emperor wearing no clothes.

Under the influence of the sirens of contemporary Epiphany, it is easy for our lessons and assessment to accidentally communicate to students that renewal occurs through works-based righteousness; it is achieved when sufficiency is found in self. Students deduce that if only they can achieve that A, that well-paying job, that dream of playing professional basketball, they will be justified. This mindset is characteristic of our day, and places, according to Walker Percy, “a heavy burden on travel.” What is more important to communicate during Epiphany is that God began to intervene on our behalf in Eden to eliminate the journey across the River Styx and down to the dead. There He initiated a history in which grace, not works, creates human sufficiency. To make sure I hit the right tonic this new year, I will begin by having students memorize George Herbert’s “Love 3,” for the ultimate New Year’s resolution lies in a proper vision of renewal:

Love bade me welcome. Yet my soul drew back
Guilty of dust and sin.
But quick-eyed Love, observing me grow slack
From my first entrance in,
Drew nearer to me, sweetly questioning,
If I lacked any thing.
A guest, I answered, worthy to be here:
Love said, You shall be he.
I the unkind, ungrateful? Ah my dear,
I cannot look on thee.
Love took my hand, and smiling did reply,
Who made the eyes but I?
Truth Lord, but I have marred them: let my shame
Go where it doth deserve.
And know you not, says Love, who bore the blame?
My dear, then I will serve.
You must sit down, says Love, and taste my meat:
So I did sit and eat.